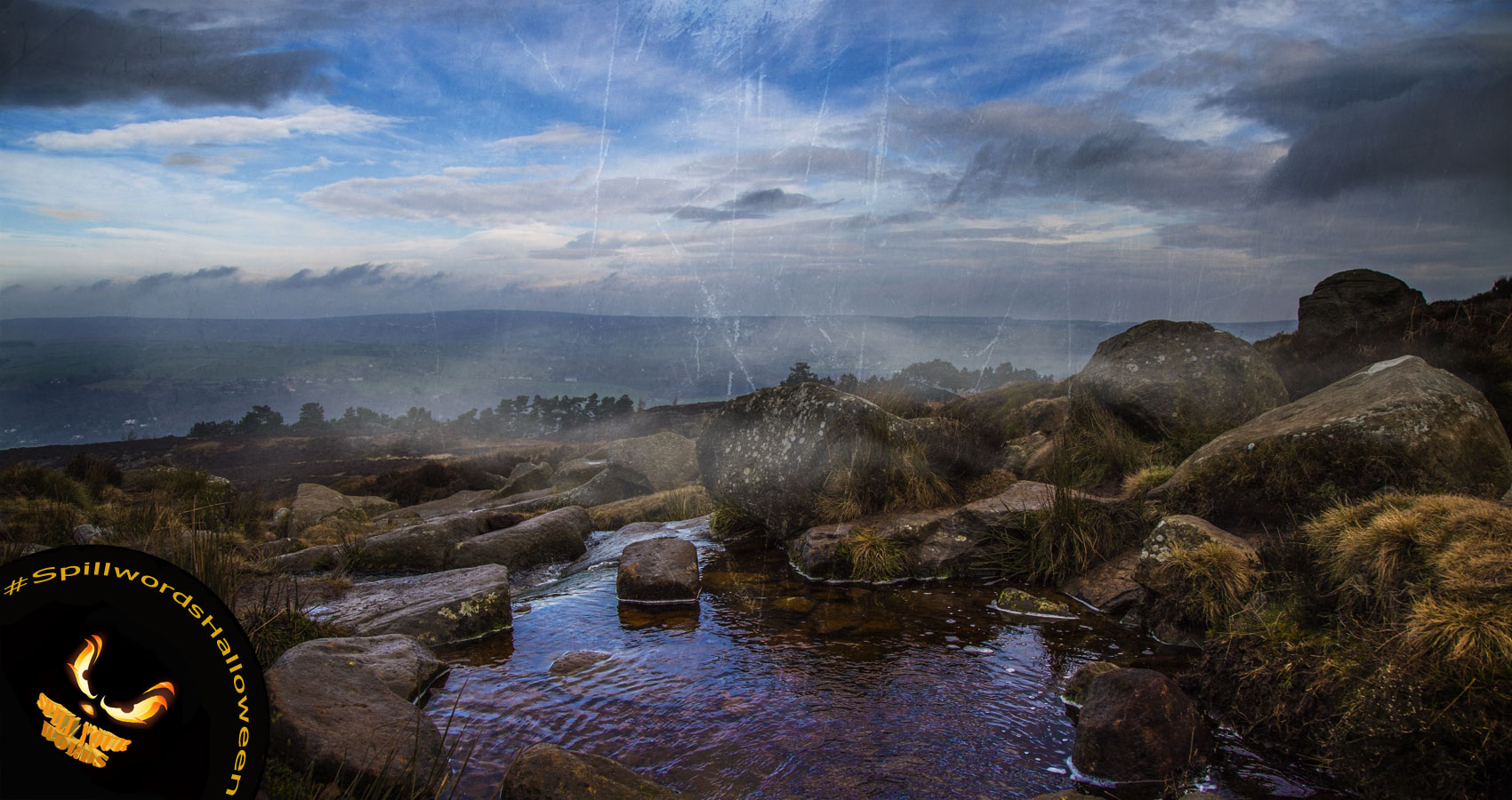 Walking over the moor on a sunny day, the wind at my back,
I saw before me a woman over-burdened by a voluminous rucksack
She trudged along face against the wind
Reached a gulley filled with bramble bushes and turned around a bend.
I looked for her when I reached her point of departure
But could see nothing. In fact as I looked I became increasingly unsure
That I seen her that day. The moor was full of mist,
And in truth, I was fairly pissed.
Walking over the moor the following day
I searched the land for the best possible way
To reach Croven, a village first settled by the ancient Brits,
Whom the Romans had routinely cut to bits,
Where I had left my wife and car.
Going around in circles, up and down, lost in the mire
Of marsh and bog, the mists kept descending
And my return to Croven, wife and car, seemed never-ending
When I saw the woman approach me again
The rucksack straddling her back like a fin
I called out in a tired and plaintive voice
She walked through me over the purple grass in a trice
Stopped, looked back, noticed my agonised expression of a man completely lost,
Squealed, dropped the rucksack and began screaming about a ghost
I did the same belting headlong into the marsh
Dying swiftly there, which I thought was kinda harsh!
I still see the woman when I trudge a sad spectre through the moor
But we greet each other now, knowing each is Nevermore.