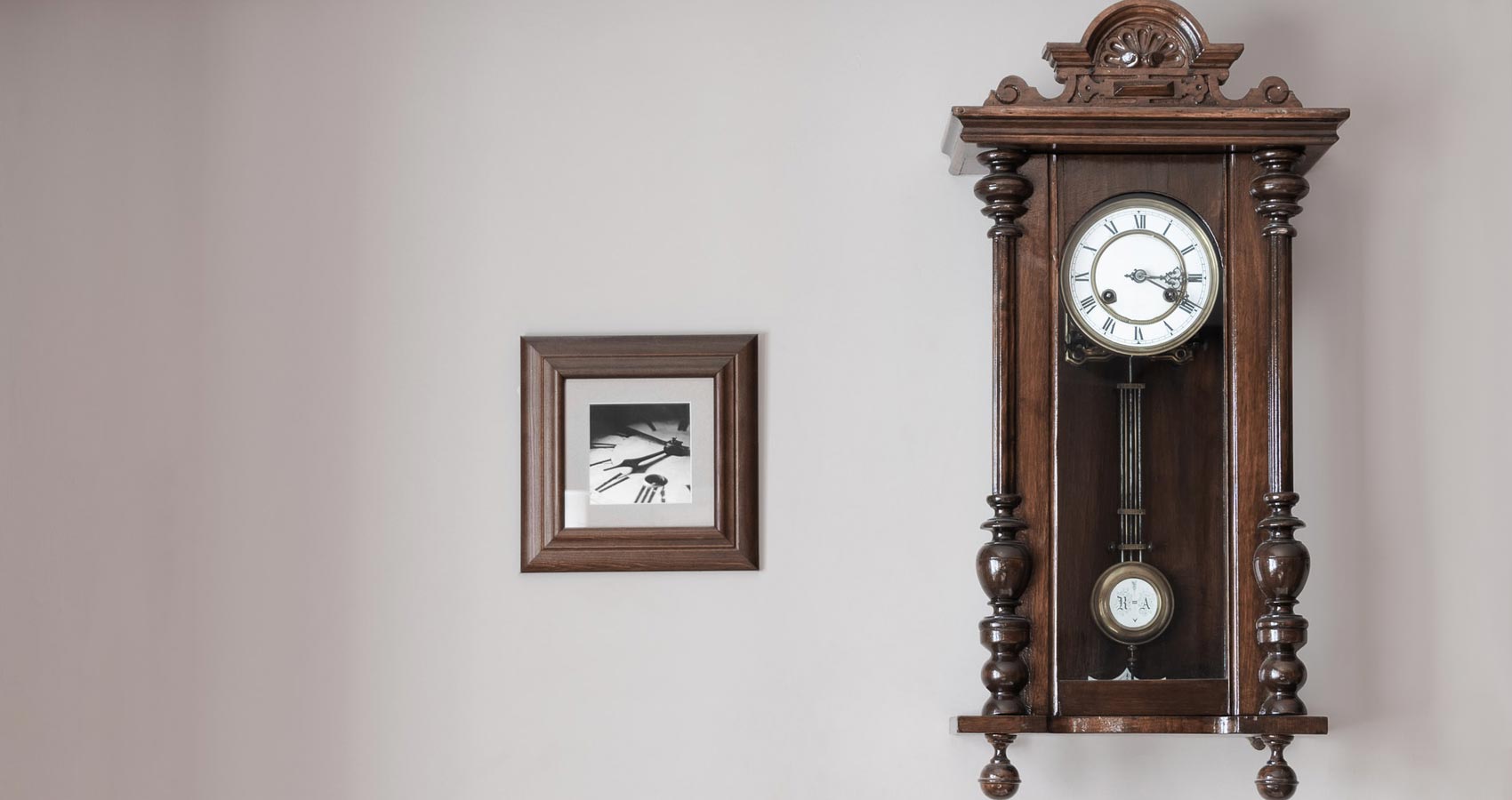 1898. Hans Werner bent over his work table puzzling at the clock in front of him. In Baden-Baden, Germany, every tourist wanted cuckoo clocks from the Black Forest. This clock had come into Werner’s possession by way of a peddler. According to the peddler, the clock would not start and was, therefore, trash. Werner never met a timepiece he couldn’t fix. He took the simple wooden pendulum clock home to his workshop.
Working on the clock for weeks, Hans still hadn’t been able to make it chime. He picked up his awl and began to work on the clock mechanism when he cut his finger. A drop of blood fell on the clock face, and the pendulum moved. Werner sat upright amazed; he pushed his glasses up on his nose. Opening the clock face door, he moved the hands to twelve, and the music of the chime began immediately. This was the sweetest sound he had ever heard, and he sat transfixed counting the “bongs” of the clock.
As the clock struck the 12th note, Werner felt a pain in his chest. It was like an elephant sitting on him. He clutched at his shirt, his eyes bulged, and he fell off the stool, dead.

This story was inspired by my Aunt Barbara, who lives in Assisted Living and is spry and witty for her 95 years. One of her prize possessions is a clock that her late husband, Tom, made when they were newly married.

Candi Lavender lives in Winston-Salem, NC with her husband of 48 years. She studied creative writing at Salem College and has had short stories published in Lulu Magazine, Gemini Magazine, and Academy of the Heart and Mind Journal (Jan, 2022). She teaches yoga, and loves to sew, read, write, and horseback ride.