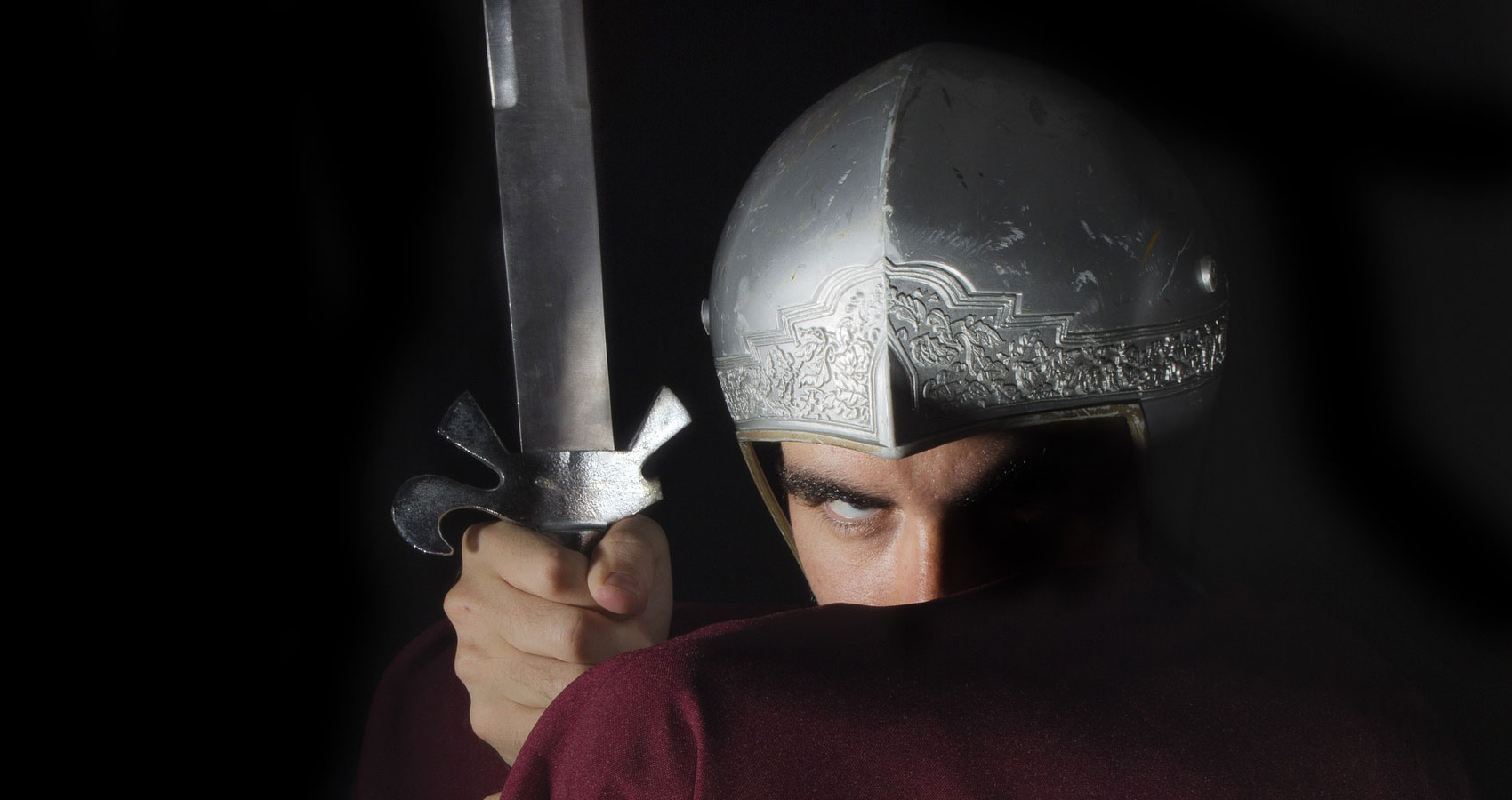 Fighting like a gladiator against the inevitable, he slashed a silver sword at blood-drawing words she lanced at him. Every word she yelled rang like a knell in his ears. Death itself rode upon him and kissed him passionately, as she spitted at him with details of her new lover. For as soon as he learned of her longing for another man, a raven cried at his dusking soul and the pale rider was summoned. The galloping hooves of the knight’s beast grew louder with every claim that he was undeserving of her.
He slashed at those words as they torpedoed towards him but with no avail. Every little word, expression or look she fired were fury guided missiles of emotional warfare that exploded at his will to survive.
Boom! boom! boom! within his heart, as she left his side in the most malicious way imaginable. She also heard the galloping hooves turn to her husband’s direction and would grow vulgar with her burning words…whipping the beast faster to midnight!
The knell rings ominous and loud within him. He feels the whipping against the beast as it gets closer to claiming his mortality. It precludes the coming of the inevitable. The undeniable looming surrounds and he can no longer slash or defend. He concedes his defeated will at her feet and she laughs, basking in her victory.
She sees that her job is almost complete and takes the last of his survival strength and puts it in her pocket, along with her last words of hate in the other. The pale rider arrives and dismounts. He floats closer to the Gladiator’s destiny. The stench of death is in the fighter’s taste buds. The last blow came from her mouth as a racing sword towards his neck with one last final malicious assault.
The last weaponized words she echoed in the deepest chambers of his mangled heart where:
“It’s your brother!”
Direct hit! The words are razors and he’s slain in half!
The fighter plummets to his knees! Defeated, he signals for the midnight rider as there is nothing further to battle for against her reproach. He now embraces his dispatch.
The bells strike midnight!
The knight’s boney fingers and hands fully embrace him!
Two long swords now pierce at his back and drive into his spirit!
Any and all definitions of the gladiator perished with those words. That entity was swept away by her winds of time and turned ashes to dust. He no longer exists.
He was last seen in a darkened alley of the past where she arrived and ignited him into a scorching fire of a long-ago memory. With the gladiator now gone, a new man raised from the fiery ashes….
A blackened soul is born cursed!
To relieve the events of the gladiator as half a man, for an eternity…