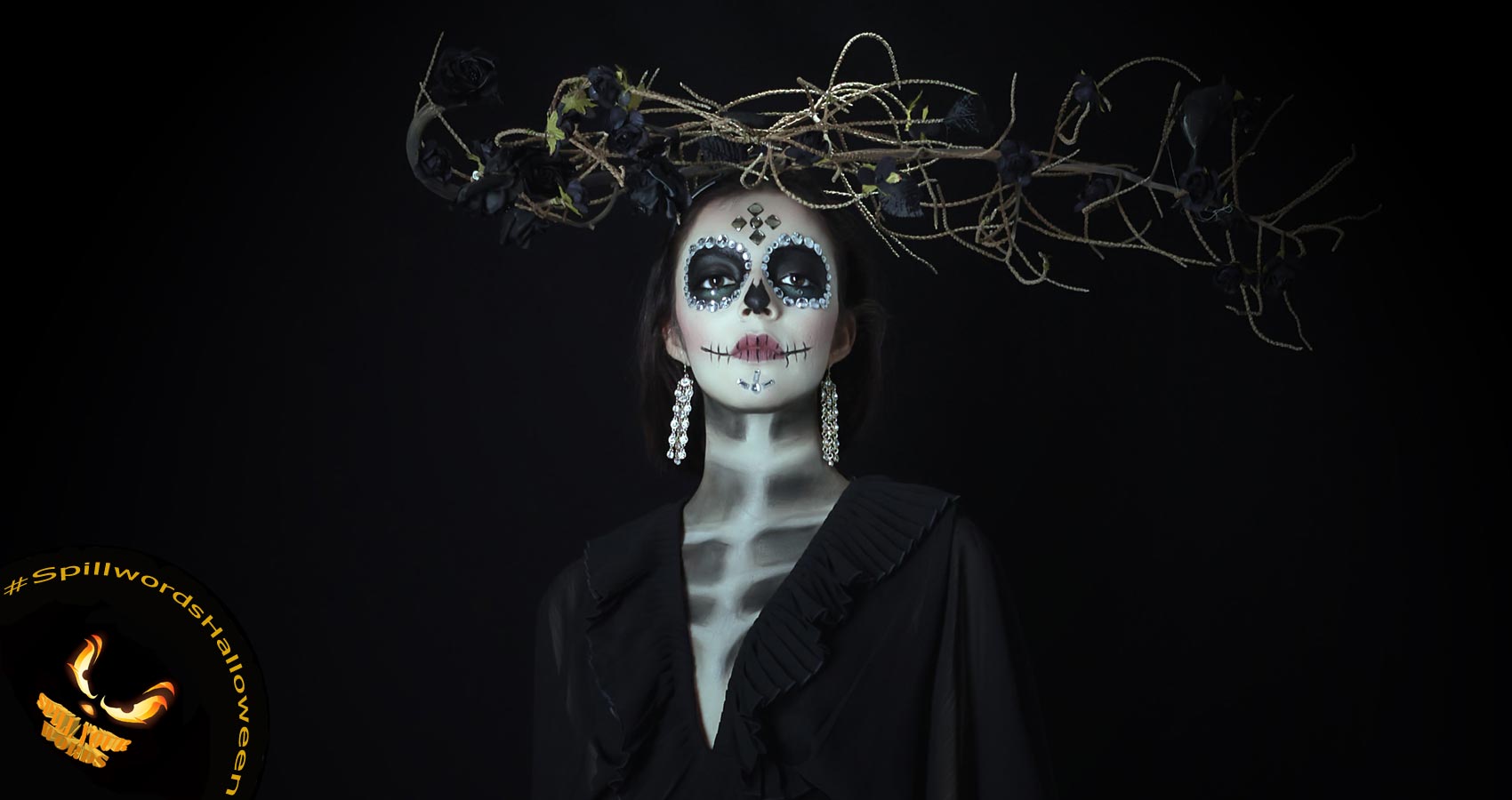 Death hobbles into the masquerade ball.
Ancient and brittle-boned, her hollow-eyed gaze
Falling on carousing ghouls, zombies, and ghosts.
All unaware how close to the grave they stand.

All Hallow’s Eve, the one night of the year
She can come as herself to revel with the rabble.
In her death shroud and hooded cloak of black,
Her skull-face and skeleton concealed from the crowd.

Uninvited but eager to mingle with the living,
Observant of human folly and uncouth behavior.
Some sign of which monsters’ lives might alter
From sinners to Satan’s minions on this night.

Her infinite sight on the brawlers and the bullies
Her fleshless grimace displays her scorn.
She gnashes her teeth to hold her ire
And snarls at the sight of human inhumanity.

A touch of her fingertip on a rude witch’s shoulder,
A jab of an elbow to the mummy mimicking the naive,
A tap on the arm of the clown wearing disdain under face paint,
A nudge to the back of a foul-mouthed goblin.

With no one the wiser and no danger perceived,
Death strolls amongst the living, taking guilty souls
From undead bodies, soon to be empty shells
Dancing drunkenly home to their beds.

Another reaping, a Halloween harvest for the books.
Satan’s numbers surpassing expectations.
Death, impartial no longer, holds her head high
She shares no blame in their destination.

Deliverer from evil to those innocent few
With breath and life for another day, unlike the many
Escorted on her bony arm through the gates of Hell
To celebrate the Day of the Dead on the other side.

DECEMBER 2021 AUTHOR OF THE MONTH at Spillwords.com
Carmen Baca retired in 2014 from teaching high school and college English for thirty-six years. Her command of English and use of her regional Spanish dialect contribute to her story-telling style. Her debut novel El Hermano published in April of 2017 and became a finalist in the NM-AZ book awards program in 2018. Her third book, Cuentos del Cañón, received first place for short story fiction anthology in 2020 from the same program. To date, she has published 6 books and over 60 short works in literary journals, ezines, and anthologies.