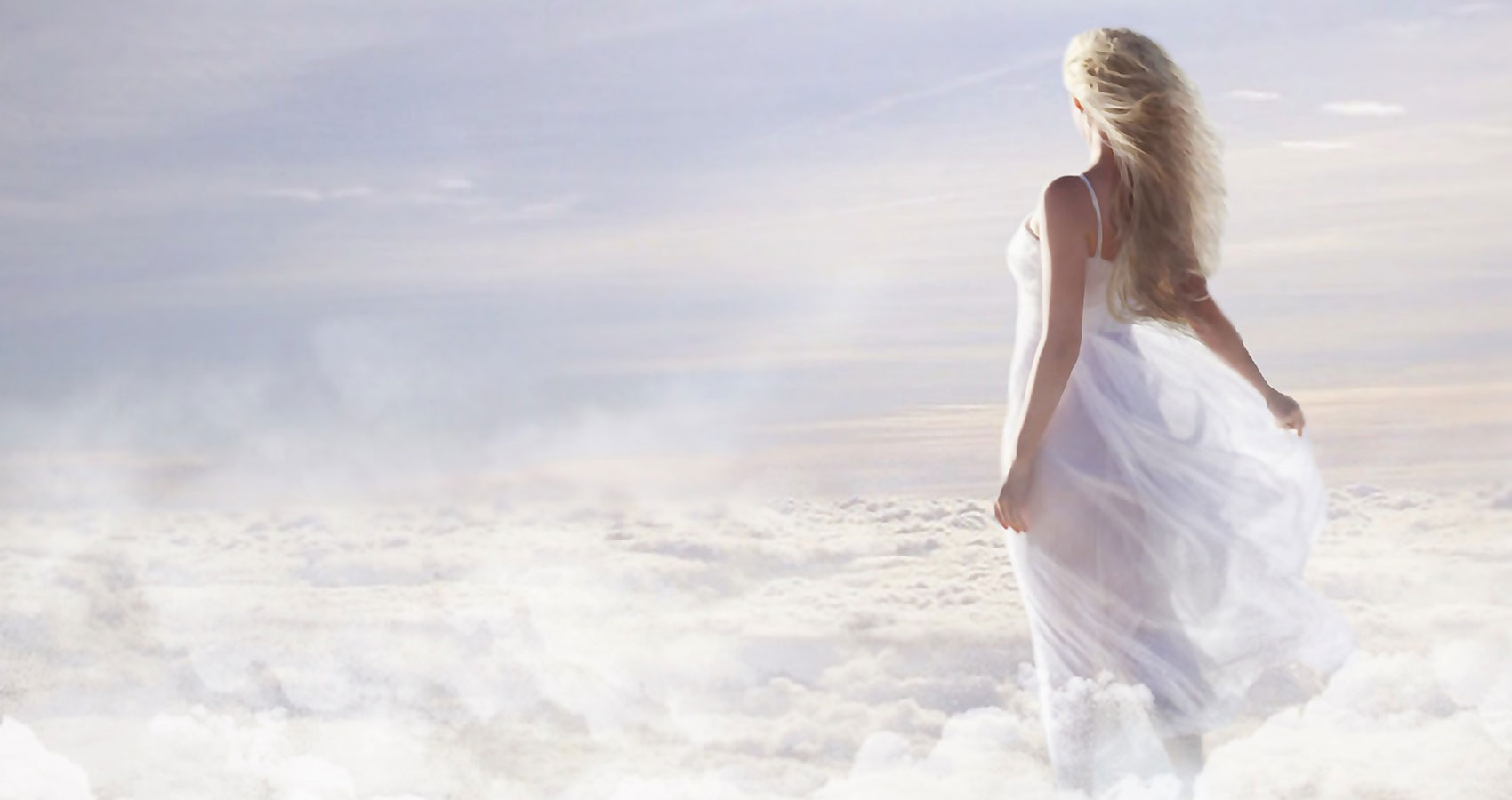 She remembered sitting in the dark before she closed her eyes. The young woman remembered writing at her desk and dreaming of the light, with her blue eyes wide open awake in the middle of the night. In recent months all she had been able to think about was her boyfriend. For months, everything else in her life seemed completely unimportant. She had lived with her head in the clouds, putting everything and everyone aside for the handsome man.
The Dutch blonde woman had met the handsome man on a writing assignment in Spain. She had never had a boyfriend before.

Before traveling to Spain, she had given her word to a friend. This time she would be open for a date. He was truly the knight in shining Armor: his manners, his attentive demeanour, his handsome looks, especially his beautiful eyes were magical. What more could a woman wish for? Smiling and rosy-cheeked, she took the piece of paper with the phone number from him. “Thank you” said the blond lady in a nervous voice. “See you tomorrow for lunch at the restaurant”. The lady looked around for a moment and walked quickly towards her hotel room.

The days and weeks flew by. Every day the phone rang, and she listened to her mother’s voice messages on her answering machine. Was her mother even checking where her daughter was from the Netherlands? When did her mother understand that her little girl is grown up now? After the death of her father, the blonde lady lived intensely with her mother for two years. From the Gilmore girls JOY to the last moments of only conflict in her heart and soul. Her mind kept drifting after the reason for her existence. Why didn’t she feel happiness? Why everything around her seemed only pain and sorrow. Her grandparents passed on at an early age. Her father, uncles, aunts? Then the sad faces on television of people full of fear and sadness. Is this our existence? Why is no one trying to live the kingdom?
Can’t anyone see her vision?

Everyone had responded in horror at the thought of living so far from home with an almost stranger. But within weeks the blond woman had lost her heart to the strange unknown man.
For the first time in her life, the world seemed like paradise. And she just felt love and happiness. It felt so good that she only had tears of happiness. From an early age the lady was full of intense sorrow. The news was blaring out in the living room every day. Her father listened day and night after the news and all the political debates on television. It was as if she was carrying all the suffering in the world. Every day she wondered how people could have a smile on their face. “Aren’t those people aware of what’s happening on the other side of the world?” War, grief, hunger, distress.

The woman’s eyes widened, and she wanted to scream! A man in a white coat and a woman in a white coat were washing her intimate area just as she opened her eyes. She watched for a few seconds with a frightened look. Her eyes slowly closed again. Just as she tried to scream. But not even a beep seemed to come out of her mouth. The feeling of perfect love and peace had returned the moment she fell back to sleep.

“Good to have you back.” With her eyes still closed, the lady was confused where the sound was coming from. Slowly she opened her eyes again. There was no one in the room. “Can you remember where you are?” The blond lady looked forward and left. She saw no one. With intense pain in her head she looked slowly to the right. An intense sunlight shone straight into her face. And again her eyes widened with a shock. Have I passed away? She wondered quietly.

An older man in a black coat and a white collar was staring at her. A tall man in a white coat with papers in his hands stood next to the older man. A few seconds later, a lady in a white coat arrived. The man in the white coat asked her “Do you know where you are and what your name is?” The blond lady suddenly remembered the man and woman washing her intimate area. She stared at her legs. But there was no one to be seen. “You are in intensive care,” said the older man. “You were in a coma” The lady did not seem to respond. She kept staring at a plastic bag on a chair by a beautiful large window.

The plastic bag had a label with a name written on it. The gentlemen also looked towards the bag. “That’s your name” said the woman in the long white coat. “NO” said the blond lady in the bed. The gentlemen looked again at the plastic bag. This time the man in the white long coat replied “Yes, that’s your name, can’t you remember? At the moment when the man was leafing through a stack of papers in his hands the blond lady replied softly “no, my name is Yvonne Padmos.”

The lady began to regain consciousness. “Just look in my passport.” The gentlemen on her right stared at the nurse on the left. “We don’t have your passport,” the nurse responded in a hesitant voice.
The blond woman’s eyes wandered gently across the room until the sunlight shone in her face again. “The light,” said the blond lady softly, staring at the priest to her right. Slowly her eyes closed again from fatigue. With her eyes closed, tears ran down her cheeks. I was in a coma. If I had never woken up. How would my family have known where I was? I would have disappeared without a trace. As if I had never existed. Had I actually existed? At the time of the many questions flashes appear.

She thought she knew the way, but as she wondered the questions touched her soul more and more than the answers.
At first, the woman was astounded by how much she learned every day. Eventually she realized she’d completely lost her way. Did I get lost in the library? Maybe I am not awake? This can not be true? My body doesn’t feel like me. I feel like I’ve been trapped. Images keep flashing in front of me. Whether I open my eyes or close my eyes. My whole being seems to attract information without me searching for it. “Those visions. Why I also keep seeing all of these visions?” the blonde woman was yelling in her head.

The actress who writes the stories behind the screens. Explaining why she loves working for charity.