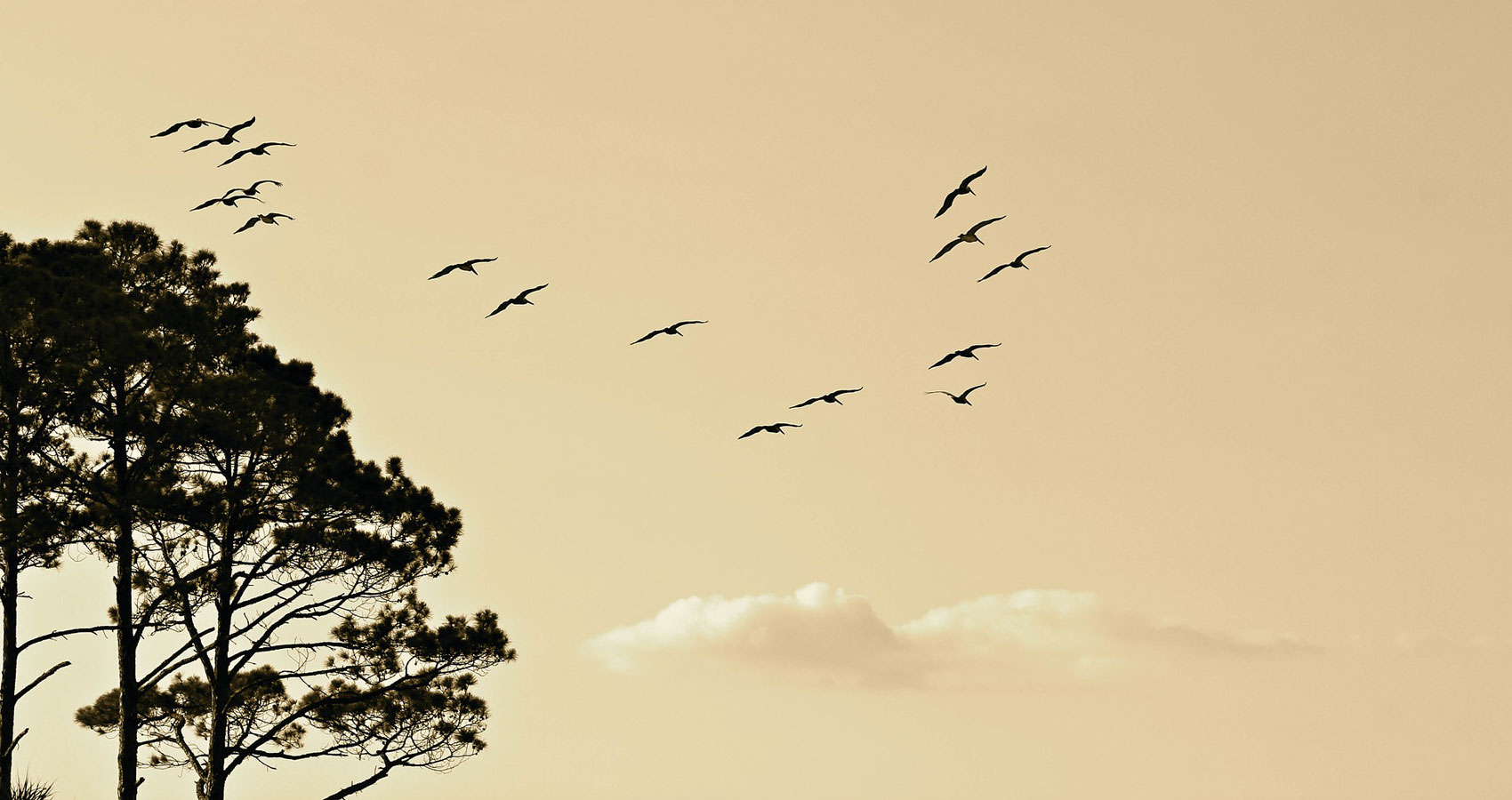 What’s Good For the Goose…

What’s Good For the Goose…

Outside spring called. Not with a tepid knock on the door, or a faint voice lost to the wind, but rather with the trumpets of birds, alive and awake in the glow of a sun once lost to winter’s gloom.
But inside, shades drawn, his eyes, as if by magnetism or magic, stuck to his computer screen, Edward Pundlehaney worked diligently at his job preparing Mrs. Steinson’s taxes. She was a large, rude, and rather annoying woman who always brought her fluffy, yappy, spoiled Pomeranian that would inevitably pee on his carpet, usually at one of the more difficult and frustrating moments of their session.
After several hours, or at least what seemed to be, given the effort required to do her calculations, there came a point, probably somewhere between Schedule A and Schedule C, he decided, in no particular order, that he would have a French dipped sandwich for dinner, stop by to visit Fred McKinley, his favorite poker-playing, cigar-smoking, whiskey-drinking buddy, and kill his wife.
Lights out, office door locked, he slipped into his car and made his way home, completely lost in his thoughts. The “deciding to” kill her was easy enough, but the “how to” provided for a more of a challenge. Oh sure, he owned a gun, but how very messy and he’d seen all those crime shows, they always suspect the husband. They’d find a trace of gun powder residue or a fingerprint on the inside of his latex glove or a teensy tiny little splotch of DNA and, bam, he’d be tucked away in some prison the rest of his life playing a different kind of poker with a grueling three hundred pound tattooed monster who…
Well, enough said about that.
Maybe sleeping pills? Gertrude had bottles and bottles of those things lying around the house, along with that Xanex or Zeenex or whatever sort of prescription she could weasel out of her doctor.
But it’s not like you could just pour twenty of those things in her wine. Surely she’d taste the difference.
Strangulation? Not a chance. Leaves all those bruise marks, and besides, she’s probably stronger than he is; who knows where that might go?
Knife? Another bloody DNA nightmare.
His mind still a thousand miles away, the “sudden” appearance of his driveway startled him. There, at the front door, Gertrude, wearing her apron and a smile, awaited, as she had done for more than twenty years.
“How was work, dear?”
“Steinson’s taxes. That should say it all.”
She nodded, smiled wider, and pecked his cheek as he passed by. Mostly on autopilot, he hung his coat and tucked his briefcase in the closet, before heading for a retreat in the upstairs bathroom.
“Oh, I was thinking French dip for dinner,” he suggested, as he began his trek up the steps.
“You must have read my mind.”
An accident. Has to look like an accident. In his head the thoughts continued to churn, even while sitting on the pot. Tripped on the stairs? Fell off the ladder? Tangled up in a faulty electric cord?
At the dinner table he halfheartedly listened as Gertrude, in that annoying nasally tone of hers, narrated the details of her day. Also as she’d done for more than the last twenty years. With a nod here and there, as though paying attention, he absently dipped the bread and took bite after bite.
The car. Maybe he could nick the brake line. Just a little nip. After all, she goes to see her mother every single Sunday. The fluid would leak out nice and slow and by the time she got to the turnpike, things could get very interesting.
The thought, though a good one, seemed to tighten his throat. Tick up the temp in the room a few too many notches. Not getting cold feet now, was he? No, it was something else. He loosened his tie, wiped his brow with the napkin.
“A little warm, dear? Should I open a window?” Gertrude asked, ever doting.
Popping open the top button on his shirt, he nodded, then slipped the last of the sandwich into his mouth with a long smacking lick of his fingers. Though soaked through and through with the sauce, the bread had found a way to stick in his throat, and he quickly grabbed his wine to try and wash it down.
“Sum…sumthin a lil difherent bout the dip dis time,” he croaked, bread still somewhat caught. He looked to his wife through clouded eyes, almost as though they were beginning to swell.
“Oh, you noticed. Yes. I used peanut sauce. I even cooked the roast in peanut oil.”
Like water coming to a slow boil, Edward felt the heat as it rose into his neck and then his face. “Buuut, I’sh allerrrgic tooo peeeannuts,” he said in voice more frog than human.
“Yes, dear. I know.”