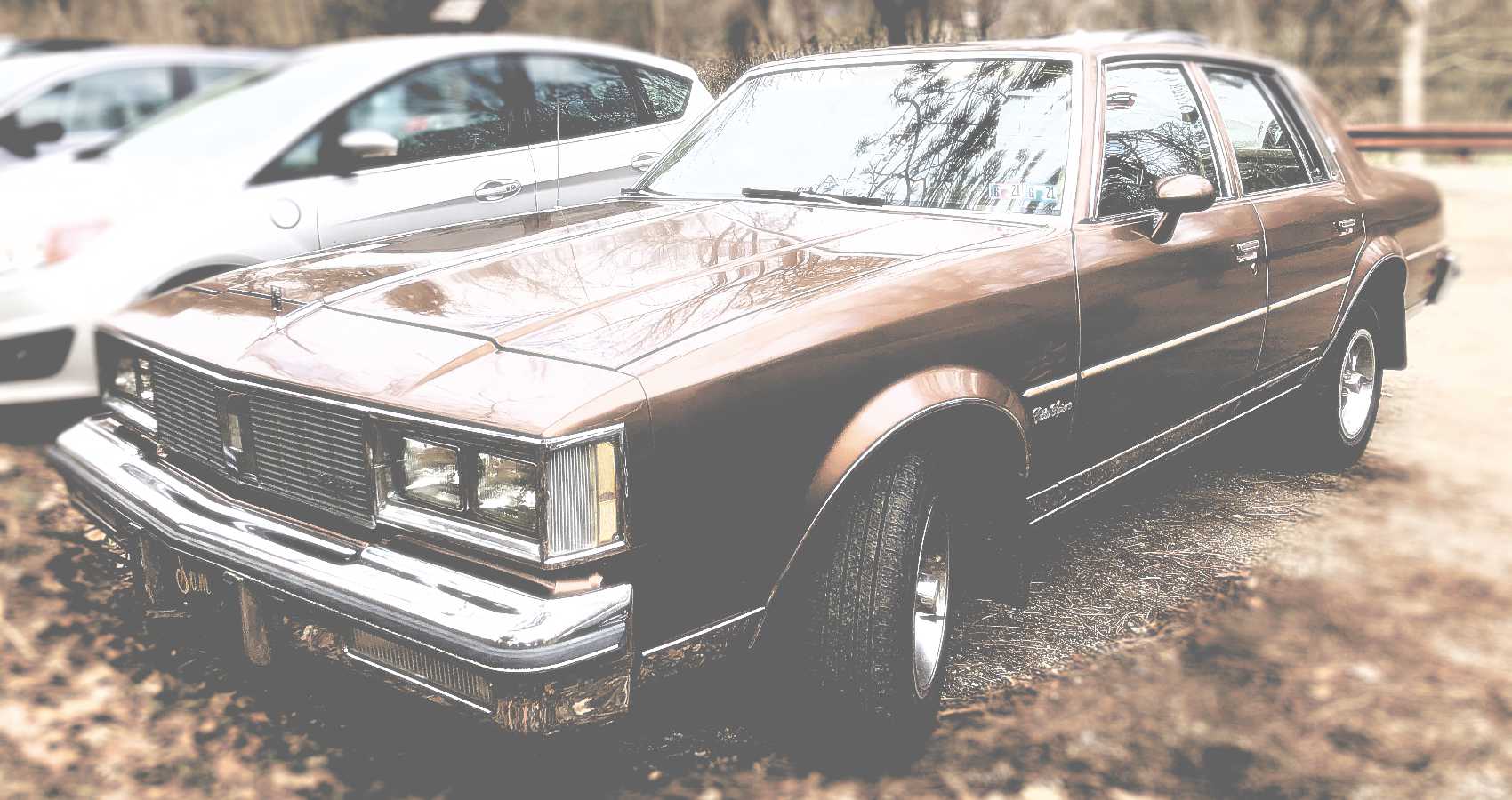 “You’re such a leadfoot. You’re lucky Officer Stiller likes all of us cheerleaders so you never actually get a ticket.”
I laugh as my friend Jennifer teases me from the passenger’s seat of the Gutless Cutlass, my 1979 Oldsmobile Cutlass Supreme, her chestnut hair flying as we speed through town. Every day was a race against the clock. Lakeside High School offered a perk to the seniors – open campus lunch – but with one small caveat; we had exactly 28 minutes. Thankfully, the Breadeaux Pizza that was just a few blocks away from our school always had a steaming hot pizza buffet waiting for us and our amazing government teacher, Mr. Carlson, always looked the other way if we were a couple of minutes late.
“Why does everyone call your car The Gutless, anyway?” Jen asked, shoving the rest of her pepperoni slice in her mouth.
“Even when I floor this thing, it barely moves,” I respond, demonstrating by pushing the accelerator all the way to the floorboard. The speedometer slowly crept up from 30 to 35.
“Isn’t it 25 along here?” she asked, glancing around, keeping an eye out for Dave Stiller, everyone’s favorite town cop.
“Yup,” I shoot back, “and I haven’t gotten a ticket on this street yet.”
“Yeah, just every other street in Lake Vista,” she shot back.
“Whatever. I’ve talked my way out of more tickets than I have actually gotten. It’s an art form,” I explained, as I expertly guided my boat of a car into the last parking spot on the commons’ side of the school. We hopped out of the two-tone brown vehicle, slamming the monstrous doors shut.
“Well, let’s see your other art form,” she whispered, nudging me and nodding her head towards the door. Mr. Cunningham, the school principal, was heading our way.
“The 5th period bell already rang, ladies,” he called out as we crossed the lawn towards the door.
“We, uh, forgot to put the windows up and there is a trick to them, since the car’s so old, so it takes two people,” I quickly gush my excuse. “Mr. Carlson said it was OK since it looks like rain and we’ve only been gone a couple of minutes.” I gesture frantically at the cloudy, overcast skies as Jen hides her Breadeaux napkin.
“Alright then, get to class then and enlighten your minds about our US government,” he responded, a smile on his face.
“Seriously, have you ever gotten in trouble for anything in your life?” Jen muttered under her breath.
“Not yet,” I whispered, “And I plan to keep it that way.”

Kate Leo has worn many hats in her lifetime: daughter, sister, friend, student, teacher, wife, parent, adult caregiver, and most recently, writer. An Iowa native, Kate has her bachelor's and master's degrees in English Secondary Education and is a certified reading specialist. Kate knows the power of reading and writing and wants to encourage her students to write for an audience beyond the teacher. Kate hopes to share short stories that mirror the experiences from many hats she's worn.