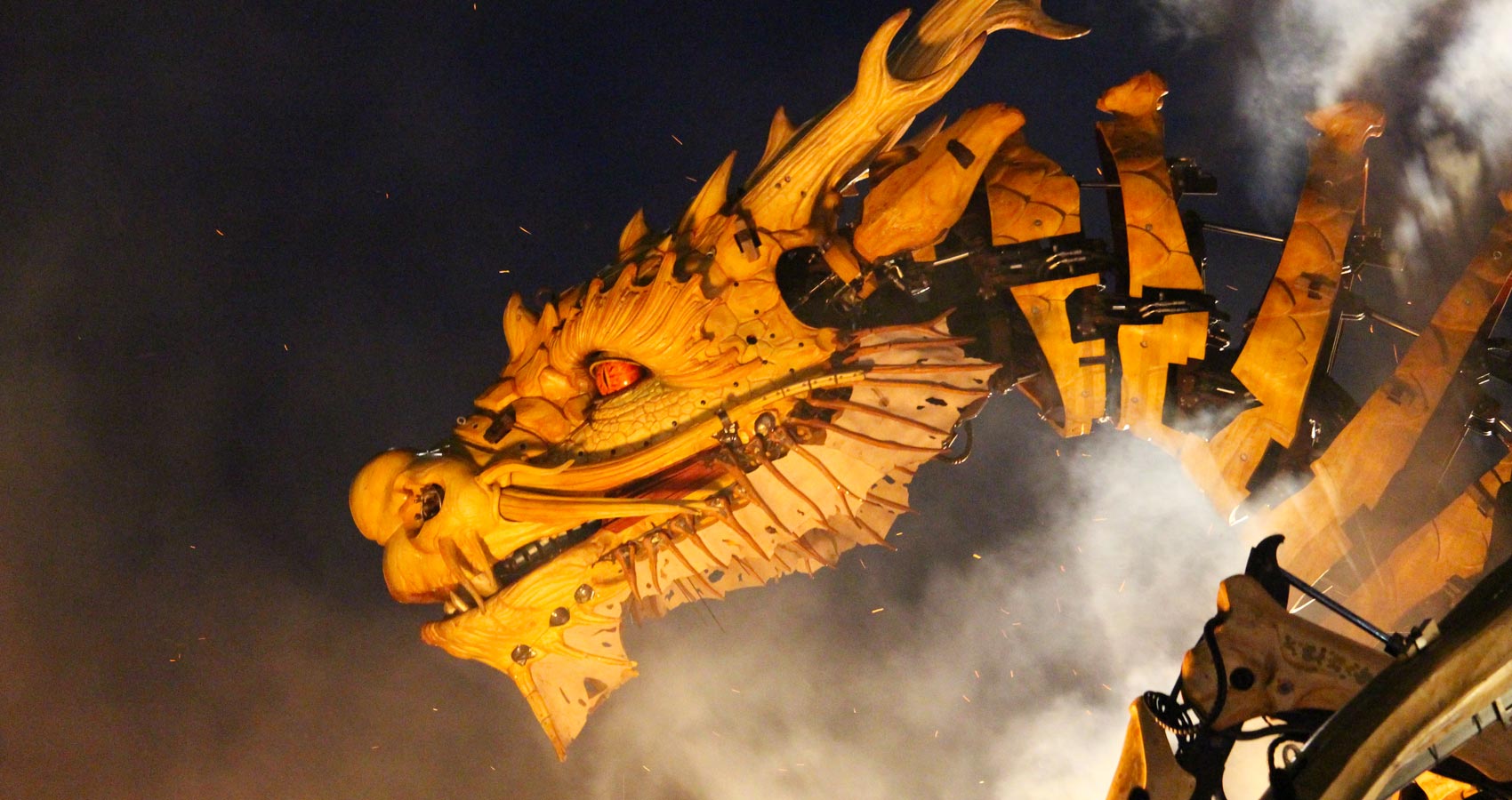 A Moment In Madness

A Moment In Madness

The dragon’s one eye that wasn’t blind
Raised sight to disturbing sky
Silence fell across the field
And seeped into the hearts of knights.
Who were slow to believe
What was quick to see:
That doom was spreading above them!

For who would cast
Such darkness
To spread and last
And swallow the whole day’s hourglass?
Are there not two suns
From under to run,
And two sets of dusk
To lull you to sleep?

But now’s not the time
For simple rhyme,
Even bards are rendered speechless;
When from under comes groan
From a drop-down zone
Who is Host of all who roams to haunt us.

Starting from there
After a generous foul intake of air
Utters such a laugh
Ringing with doomsday’s wrath.
That cracked a smile,
Across a mile –
In a thousand ways the ground can part.

Even the trees bent
As if knees showed them how,
To lower and bend down to such ways
So their leaves brushed the ground
Before the time of season calls them down.

A mage on his back was taken aback to learn that he
Was in the right frame of mind.
“It must all be lies!” he called up and denied
That he was really this damned.
Then his eyes turned to stare
At two knights over there,
For the earth,
Though it shook,
Could not shake
Whatever had started this fight.

The dragon, amused to see the abuse these men
Were intent to invent on the other,
Took to the skies,
Its black form disguised
By all the black evil clouds could cover.

The knights did circle as the dragon circled,
For it only had one eye from which to spy on
The insane way these men were intent to die.

How many spots can blood come to blot
All over enameled armour?
How many ways can the eye plan the sway
Of a sword until the next encounter?

“Oh, curses last.
That mad mage is readying a blast,
And our knights are in the way.”
The dragon inhaled
With smoky entrails,
Dipped from the sky.
The mage did not spy
Until that eye turned to regard him—
But it was so quick.
Fire is no trick,
The mage was nowhere in sight.
The dragon then raised its height
Back above the fight:
“Let’s see how these fools complete!”

It was too late.
The dragon moved on a little saddened,
So short his sight even
With one eye under night.
A moment is worth a century of seeking.
So remember to keep your good eye open peeking,
For things worthy to watch can escalate and finish quickly.
The meaning of life goes by in the blink of one eye.

First generation Canadian born Scottish heritage. Like everyone else Laura went to university to study something she didn’t use. Then worked as a PSW worker for 15 years. After that job Laura finally had time to work on that novel she had always meant to finish, but never had the time till now, and to move to where she had always dreamed to live, but then Corona came strolling up everyone’s sidewalks and rearranged living situations. As a part time gamer Laura never had interest in social media, but as corona gave you nothing but time, and isolation, Laura joined this and that account and came across a poetry club advertised on a Scottish website on Facebook called, Poetry & Spoken work in Scotland, teaching poetry lead by award winning poet, Kevin P Gilday. Laura had always written fight scenes as poetry whenever she struggled with writer’s block. So curiously she wanted to expose other poets to her style of poetry. They published a class book called, The Scribbler’s Union. That reached amazon top ten selling list within the first week and after that taste Laura is expanding her exposure to try to get published elsewhere. Poems about dragons aren’t everyone’s cup of coffee. I’d say tea, but I like coffee. But it’s what Laura does.