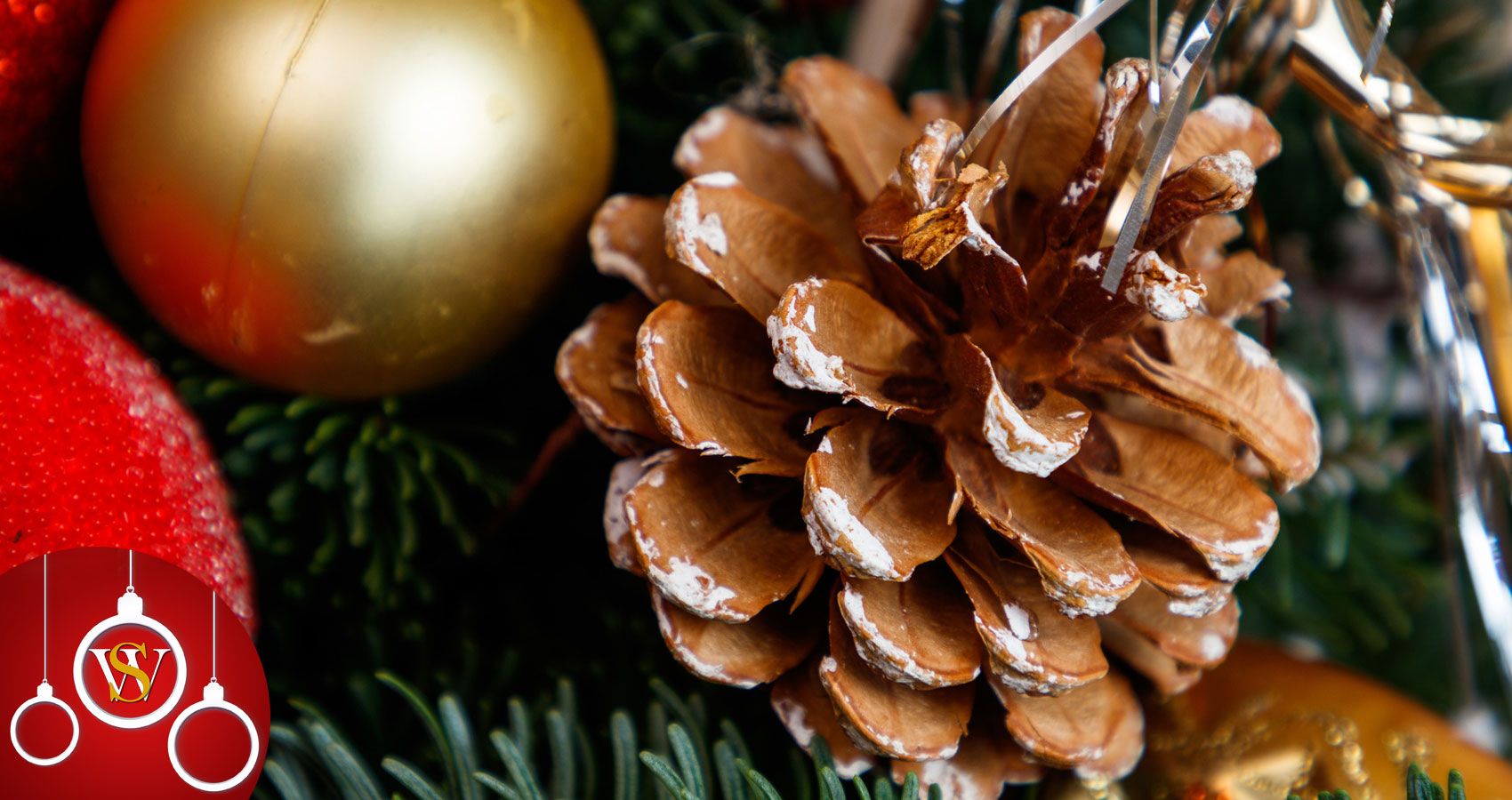 A Tale of First Christmases… and Last

A Tale of First Christmases… and Last

In early June 1967 I had left my beloved at her father’s car with a promise that we’d be married on December 23 and, about a week before Christmas, I boarded an eastbound train in Salt Lake City and headed for Washington, D.C., and the rest of my life.

There were so many things so stupidly wrong in the series of decisions I made (not the least of which was getting married and creating a lifetime of wedding anniversaries two days before Christmas), that I’ve never been able to figure out how we survived them… and there were times we damned near didn’t.

Our first Christmas was not quite a disaster because we were in love and when it was over – overshadowed by the wedding, the honeymoon trip, and the ride ahead to our destination – frantic had been the order of the day. By the time we were getting ready for bed, th’ Luvly Laura was becoming despondent about the whole experience.

I pulled her into me, the top of her head in the hollow of my throat. “Next year,” I promised, “next year will be a real Christmas. You’re gonna love it.”

She looked up at me, a little teary-eyed. “You sure?”

“Yeah, Babe… I’m sure.” I bent down and kissed her forehead. “I promise. If I do nuthin’ else well, I do a helluva Christmas… guaranteed.”

But came the next Christmas, the US Government had thrown a monkey into my financial wrench. I was receiving a GI Bill education stipend and an assistantship through the University. The problem was, both were federally sourced, and that, it turned out, was a no-no. Eventually it got sorted out, but Christmas 1968 was looking kind of bleak… and I remembered my promise. I was pretty sure th´ Luvly Laura did too, and for a time, I had no idea how I was gonna make that work. Then I remembered how we’d done Christmas when I was a kid. As I’d told her a year earlier, I was good at Christmas when I was a kid.

There were choices to be made. There wasn’t enough money to do everything I’d hoped to, but there was enough to do what I needed to. First was the matter of gifts. If we splurged on gifts, Christmas would be gifts and nothing else. I needed more than gifts for a memorable Christmas. So I told th’ Luvly Laura we had thirty dollars apiece to spend on gifts, and that made exchanging lists essential… guessing was never gonna work. This Christmas wasn’t gonna be about big fancy gifts, but about making Christmas, Christmas. And that meant a lot of inexpensive gifts wrapped in the cheapest paper and ribbons we could find. We made some pretty simple lists (sweaters, earrings and such for her… sweaters, hand warmers and shooting mitts for me) and then I got busy making Christmas.

A “real” tree (spruce, Douglas fir, balsam, or whatever) was a buck-fifty a foot… nearly ten dollars for a six-foot tree. But a pinyon pine cut locally was only two dollars… not a hard choice. The only drawback was that not a pinyon pine on the lot was over five feet tall. Nonetheless, I selected one. I also talked the guy into letting me scrounge some branches he’d clipped to shape some of the trees and decided were too scraggly to sell for garlands or wreaths. I gave him half a buck. Then I went up into the mountains and collected some pinecones, some of which we sprayed with artificial snow. Meanwhile, Laura, who threw nothing away, brought out several L’eggs stocking containers (large plastic- egg-shaped containers). She bought some glue and glitter, some sequins and metallic seamstress edging and some very cheap, plain, colored glass bulbs. For two days she covered plain bulbs and L’eggs eggs in glue, glitter and sequins.

We spent our first anniversary, as we spent many future anniversaries, preparing for Christmas (I told you getting married two days before Christmas is a terrible idea). We exchanged one gift each, and went out for a quick dinner (I don’t remember where, but it was probably Chinese). Then we went back to preparing decorations for the tree. And that carried us through the next day (Christmas Eve Day) as well.

Finally, late in the afternoon on Christmas Eve I wound the branchlets I’d bought together, frosted some with the artificial snow, added pinecones and created dioramas on the counter that divided the kitchen from the living room, with smaller ones on a couple smaller surfaces. I’d also bought cheap plastic deer, small candles made in the likeness of cherubs in a choir, and a couple larger “lamppost with mailbox” candles. All of this I arranged “artistically” among the branches (th’ Luvly Laura, who actually was artistic, spent much of the last of the evening drifting over and rearranging a piece or two at a time). No, I did not light the candles amongst all that greenery. We used those characters and fresh greenery on fireplace mantles for many years.

I had brought the little pinyon pine in from outside, and we were finally ready to decorate it. The little tree had been installed, with a freshly cut butt end, in its tree-stand filled with water dosed with salt and sugar, and set in the corner to warm up and “relax.” It had spread a little, just as the seller had warned, but it was not even four feet in diameter at the base. We trimmed the tree, put our gifts under it and went to bed. In the morning we arose, expecting that it might have relaxed a bit more.

Relaxed? A bit more? Oh, it had relaxed a bit, for sure! The tree was less than five feet tall and when we’d gone to bed it had been about three feet wide at the base. When we returned to the living room in the morning, my bride preceded me into the room. Abruptly she clapped her hands and burst out laughing. Still clapping and laughing, she fell back against me. We both stared at the apparition before us. As the tree had continued to warm, the branches had pressed downward and outward, slowly pushing the tree out into the living room. The tree was still only five feet tall, but it was now almost as wide at its base. The tree, covered in glitter, fiberglass, home decorated bulbs and garlands, now looked like a fuzzy, glittery little egg.

The entire room was about ten feet wide and twelve feet long. There wasn’t a lot of room left where the tree stood. I put the coffee on and pulled a couple sections of sofa around to face the tree. Then I played Santa Claus, handing th’ Luvly Laura the many little gifts I’d bought and she did the same for me. The gifts we gave each other were from the lists we’d exchanged, and there was nothing memorable about them. After we’d opened the gifts and had coffee and pecan rolls, I took some photos. Then I borrowed a saw from the cowboy downstairs and cut a few branches from the rear of the tree so I could push it back into the corner.

Forty-four Christmases later, I prepared for the worst of all our first Christmases: our last – my first Christmas without her since we’d fallen in love. My Luvly Laura had died exactly a week before Christmas. A couple years earlier, th’ Luvly Laura had decided she wanted a pre-lit artificial tree. It took two nights to find one to satisfy her, but finally we did. Now, as I decorated it with her surviving hand-decorated bulbs and L’eggs eggs, and wrapped for our daughter the gifts I’d bought for her, I wept for the loss and the memories… for the love and the joy… for the wars and disappointments…for getting through all of it together, day by day, Christmas by Christmas and year by year.

For the Christmas I feared would be her last, I’d bought gifts I hoped might inspire her to keep fighting to live… but Christmas 2011 came a week too late. However inspirational those gifts might have been for her, they’d never have made that Christmas nearly as wonderful as our first “real” Christmas. It would have come close, though… just having her there.

This story was originally published in “The Old Man and Me Book I,” a memoir of my early life after WWII, Black Rose Writing, (C)RC Larlham, 2013. A mostly true recounting of my life as a “farm kid” in Northeast Ohio (the events I wrote about really happened. but the dialogue and people in them sometimes include combined characters and less than accurate dialogue).