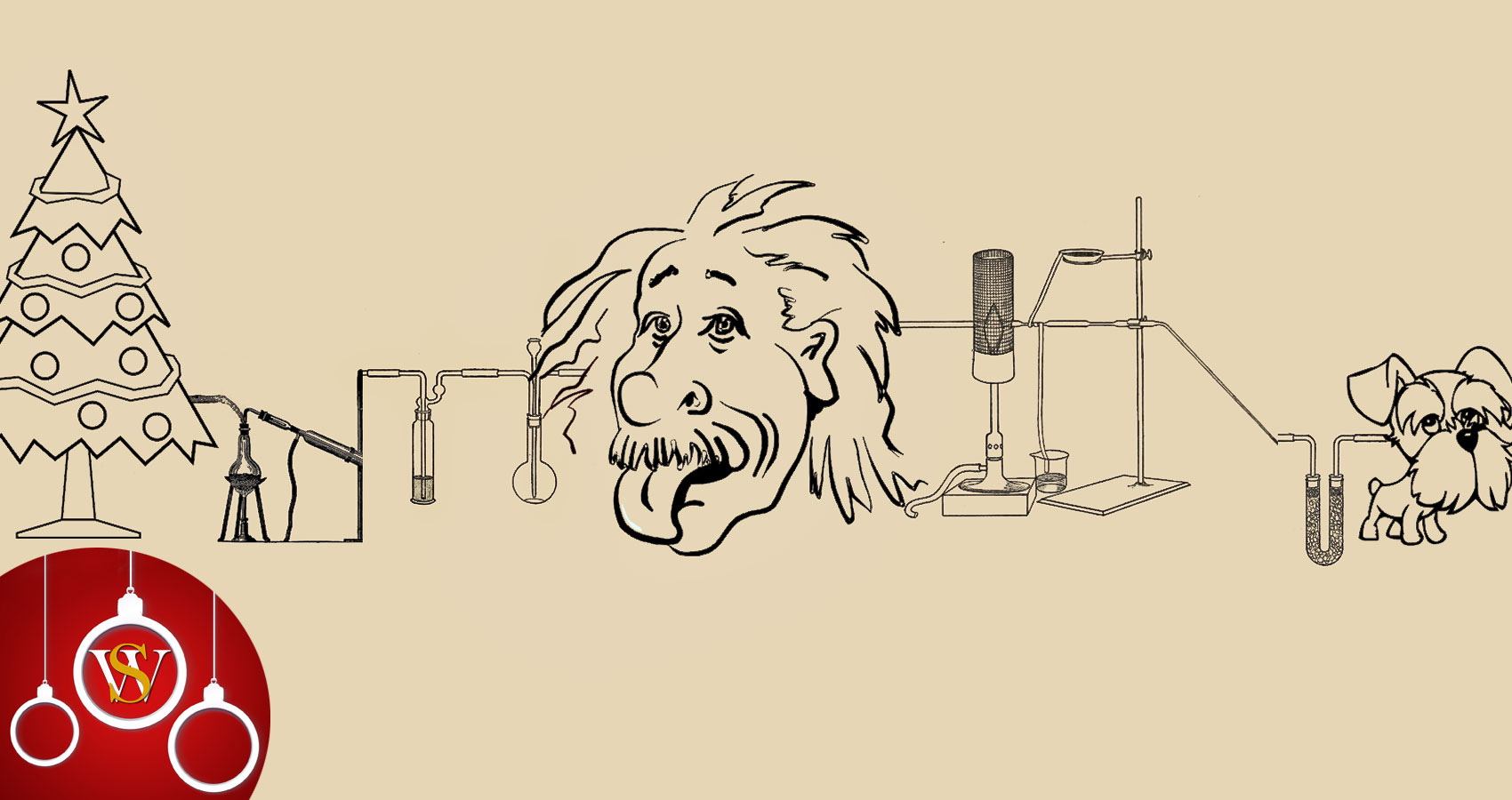 It was seven AM Christmas morning,
Dad was just lighting the fire
While Mother was making tomatoes on toast,
In the house of Ramsbottom Esquire.

Young Albert was still in his bedroom
In his nightshirt wi’ cap on his head,
He’d carried his presents upstairs in the night
And opened them all on his bed.

There’s one of them really intrigued him,
It came as a box and a book;
And a label that read tis from Santa,
So he opened it up for a look.

A bright little lad was young Albert,
For Christmas he wanted a pet,
And a stick with an ‘orses ‘ead ‘andle;
But he’d got a new chemistry set.

Meanwhile Dad was still lighting the kindling,
And Mother was lookin for t’mop,
When there came a loud noise from the bedroom,
A sort of a bang and a pop.

Then Mother she got proper blazing
She said, “They’re presents for Albert to keep!”
But Father said, “Nothing’s the matter –
He’s probably gone back to sleep.”

Albert had found some Uranium,
Two lumps of the stuff when he looked;
Then he sat squeezing bubble wrap blisters,
Till he turned his attention to t’book.

Just then came a voice from his mirror,
It was Einstein come back as a ghost,
He said, “Albert, take care with that chemisty set,
If you meddle wi’ atoms you’re toast!”

The lad was too busy to listen,
So Einstein went off on his way,
While Mother was making her way up the stairs
With tomatoes on toast on a tray.

She let herself into the bedroom,
To find Albert’s bed all askew,
And GOD was sat in a chair by the fire
He said to the lad, “Yo! what’s new?”

Albert looked up from his chemistry set,
And said, “GOD, I’m glad that you’ve come,
For Christmas I got a new chemistry set
And I’m making a nuclear bomb!”

At that Mother she got all perplexing,
She said “It’s a shame and a sin,
If Albert should blow up his presents,
When we’ve saved up all year in a tin!”

Then GOD he got all diplomatic,
Cos Mother was having a fit,
He’d a stick with an ‘orses ‘ead ‘andle,
But Albert hit t’Uranium with it!

It fired off a few scattered neutrons
That shot cross the room in a dash,
GOD started climbing up t’chimney,
When they went through t’winder wi’ a crash.

Then Father came into the bedroom,
When he saw the Uranium he said,
“Who on earth bought ‘im a chemisty set?
Let’s get him a puppy instead!”