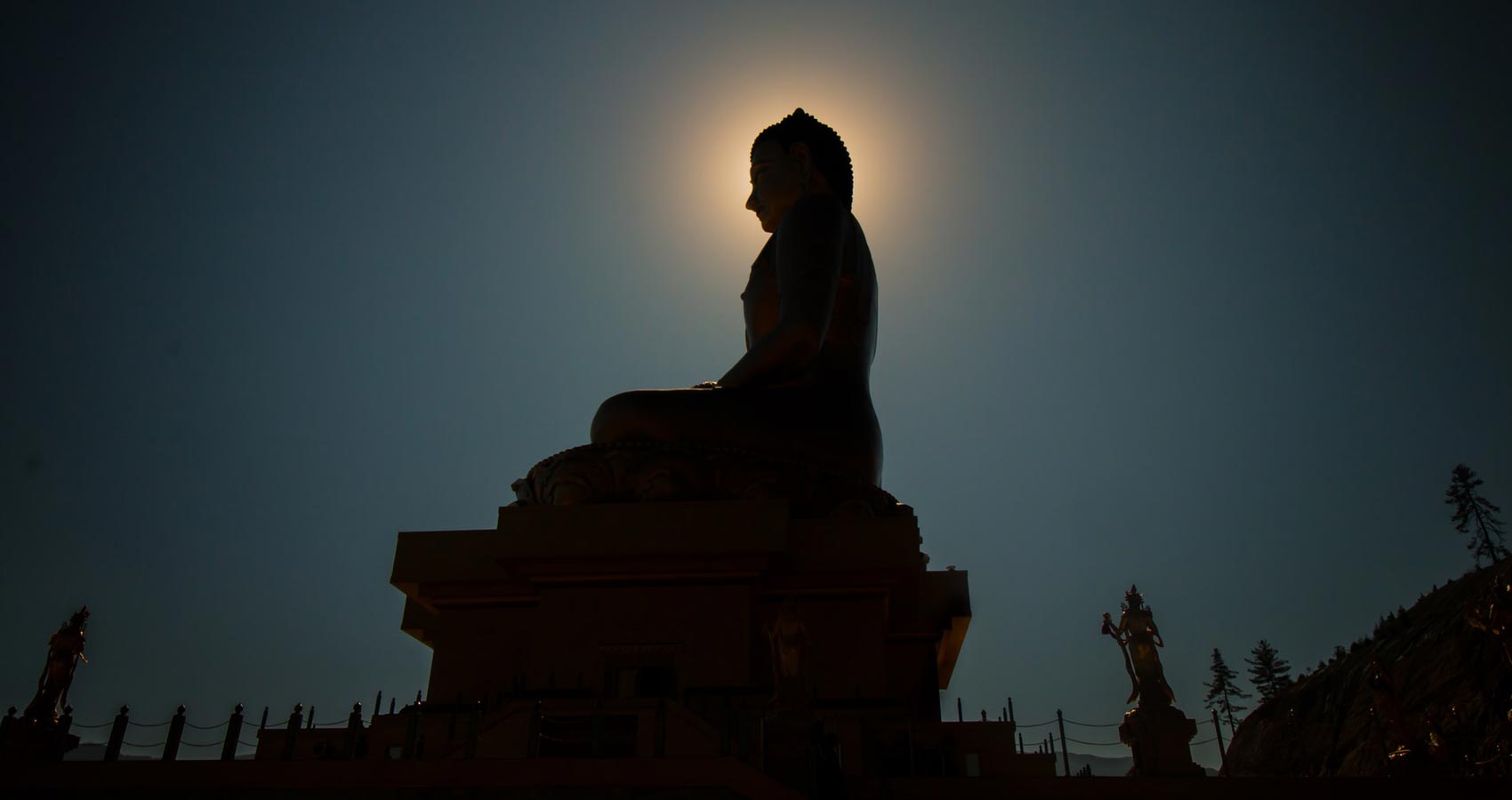 She raises her smouldering eyes,
the famed luminous buds of blue lily;
they wither to pods
of anti-climax.

From Buddha’s half-shut eyes
an icy avalanche drowns
her lissom-hot-profile.

His words nuance
a different cadence, white comfort,
washed down with
her sucked-in gasps.

rough-hewn paths
unwind from them.
A palm of detachment,
placed on her head, clears cobwebs.

In her bedazzled visage
the renunciate of Kapilavastu
sees the rise and fall of empires,

the nova and ashes of desires,
secrets of the shuttle of life
sliding in body’s seamless loom
weaving endlessly the web of creation.

He dovetails his desireless world
with her land of desires
to carve another kind of Nirvana*.

*  Meeting between Buddha, the enlightened one, and Amrapali, a nagarvadhu, an entertainer, is believed to have evolved the concept of Tantrayana, another vehicle to Nirvana.