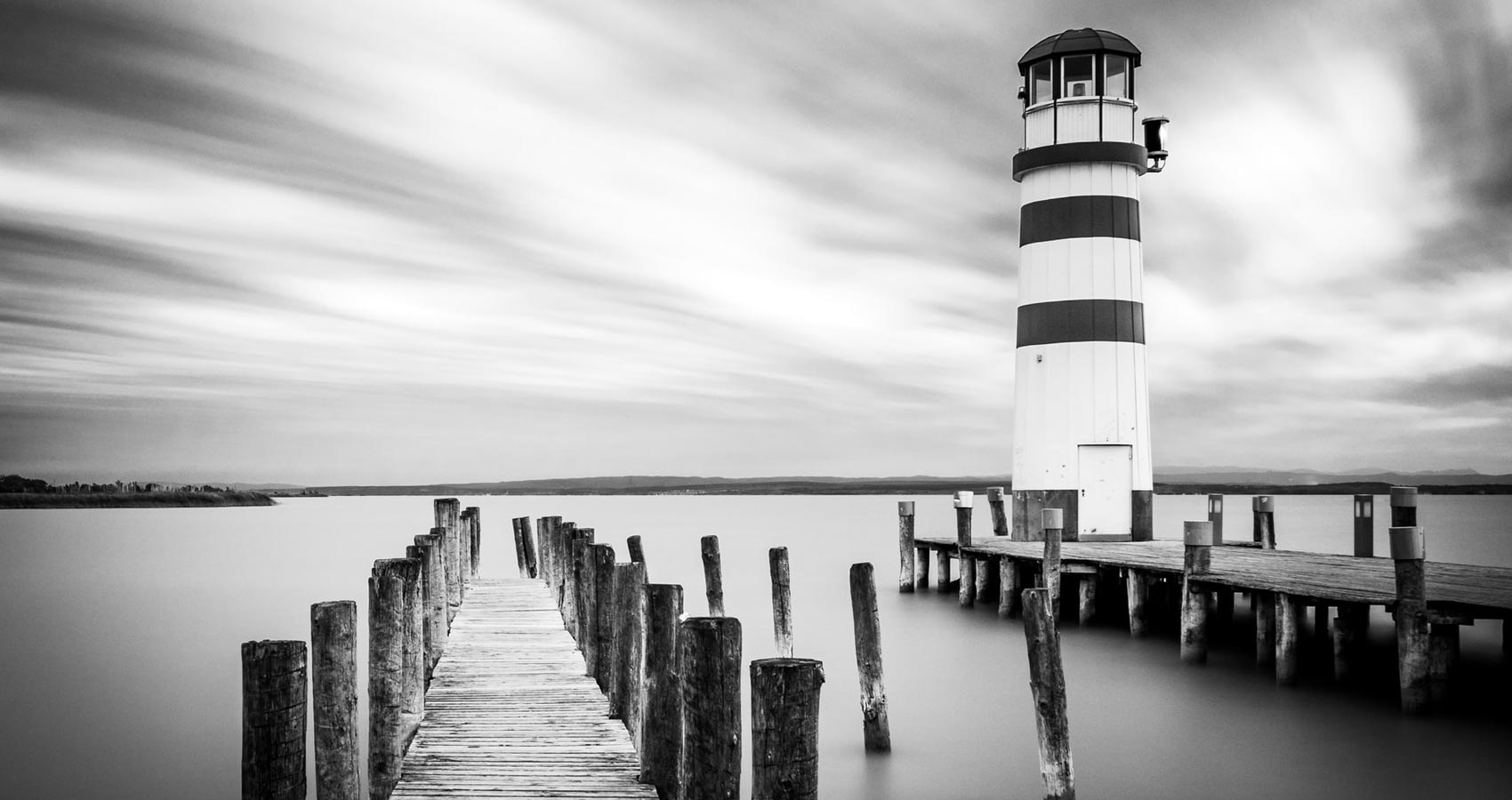 It looked like a scene from a classic movie. Me, an enigmatic man in my early fifties standing, bewildered, on a lonely pier in a small beachfront town on a windy fall afternoon, with the waves slapping against the base. Next to the pier, an old and dilapidated lighthouse consisting of a white tower with a broad horizontal red band and a red lantern on the top. It seemed that it had been out of service for a long time.
The instructions had been clear: “Wait at the bar by the pier next to the phare. You can order some coffee. At 5:30 pm. someone will contact you.” It surprised me the use of the obsolete word phare in the message. I remembered that Adam always wanted to sound British, even though he grew up in New York City. Maybe he was just trying to empathize with me, being a Londoner myself.
My day had started without a hitch. I had gotten up early and went to the bakery to buy some bread. I could not resist the temptation to buy ginger biscuits as well, something I loved since childhood. Then I stopped by the market and bought a bag of oranges, some sausages, black pudding and mushrooms. I prepared my full English breakfast with scrambled eggs, fried mushrooms with bacon, toast, coffee and the sausages and the black pudding, plus an orange juice. I always said that in New York you could find everything and that any foreigner could feel at home very easily.
I put on a Mike Westbrook record and started listening to his marvelous Love and Understanding. I always loved his jazz piano and the sax and clarinet of his mate John Surman.
At that moment, a message came to my cell phone. It was Adam, my old partner in the engineering company that we had founded six years ago and that we had closed by mutual agreement months later, when our big project failed due to lack of investors. Instead of a marble plaque in the corporate hall of fame, we had obtained a headstone.
I tried calling him, but he did not answer. His next message was more than enigmatic: “The past is not dead.”
My relationship with Adam had also ended for personal reasons, when my girlfriend Chloe slammed the door shut and moved in with him. I must admit that I gave her enough motives to leave, but she could have chosen another candidate. After the closing of Warp Thrust, I no longer heard from him, nor was I interested. Until today.
Then I got another message: “I need you to take the afternoon off. Urgent meeting. Bring the Reactor Warp folder. ”
I feverishly rummaged through my desk, looking for the damn folder. Fifty sheets printed with engineering diagrams that nobody cared about anymore.
In the end, I found it.
After lunch, I got in the car and headed for the Northeast Coast. It was a four-hour drive to the meeting place.
I arrived early. It was cold. I wandered around the dock for a while, watching the seagulls come and go screeching. I was definitely the only person in that deserted place. Nobody circulated on the abandoned cobblestone street that bordered the sea. If a ship ever docked there, it was not that afternoon. The old white and red lighthouse stood lonely, like a useless beacon.
I found the bar near the pier, and headed straight for it. Inside it was pleasantly warm and there were very few people busy chatting quietly and having some beer. I settled in by the front window and ordered coffee and doughnuts.
I was wondering why I was there, at the end of nowhere, with an envelope from a dead and buried dream, when I heard a familiar voice.
“Hello stranger.”
I turned around and it was Chloe. I was dumbfounded. She was more beautiful than ever.
Before I could say a word, she covered my lips with her delicate fingers.
“Don’t say a word.”
I shook my head in disbelief.
“Did you make up this whole story?”
Chloe looked at me between embarrassed and amused.
“I didn’t know how to meet you,” she told me.
“What about the Warp Reactor? What happened to Adam? His phone?”
“Already under the sea …”
“Adam?” I asked alarmed.
She looked at me amused.
“No! His phone.”
Then she sat down next to me.
“Would you buy me a coffee?” she asked me, with her most wondrous smile.

Marcelo Medone (1961, Buenos Aires, Argentina) is a fiction writer, poet and screenwriter. His works have received numerous awards and have been published in magazines and books, both in digital and paper format, individually or in anthologies, in multiple languages in more than 30 countries all over the world, including 101 Short Stories, The Dribble Drabble Review, Potato Soup Journal, The Chamber Magazine, Rio Grande Review, (mac)ro(mic), Six Sentences, The Cafe Irreal, Blink Ink Print, Bombfire, Six Sentences and Otherwise Engaged Journal in the US. He currently lives in San Fernando, on the outskirts of Buenos Aires.