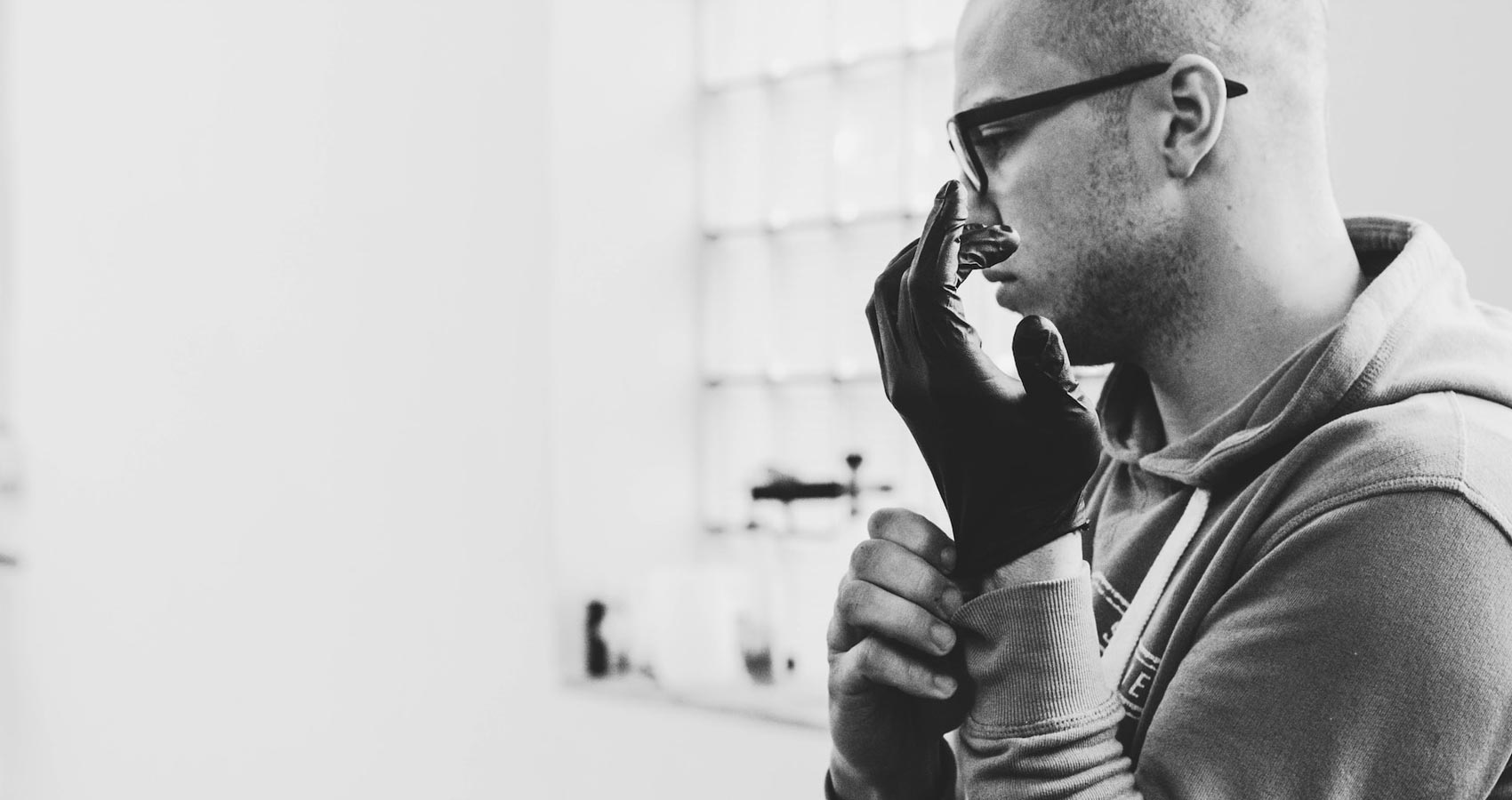 Sam, we need to talk
Dave

Sam paced the room. Should he reply? He and Dave were best friends since high school until Sam stole Dave’s fiancé. Two years had passed, and Mary was dead. Dave had a temper and a long memory, but they had been closer than brothers. If there were even an outside chance of rekindling their friendship, Sam would go for it. He typed,

Friday night, the farmhouse. I’ll bring the booze. I look forward to seeing you again.

Sam drove to the abandoned farmhouse where he and Dave had wasted a good part of their teens learning how to be men. They smoked their first cigarette here and lost their virginity on the old mattress in the parlor. Different girls, different times, and they got drunk as hell on whisky stolen from Dave’s parents to celebrate their manhood.
When Sam arrived, he wondered why the old place hadn’t burned down, and where Dave’s car was?
Sam walked up to the creaky steps onto the sagging porch. He inhaled the odors of rotting wood, moldy furniture, and stale sex. The front door hung open, and a flickering light thru shadows into the entranceway.
“That you, Dave?”
“In the front room, Sam. Booze in the kitchen. Help yourself.”
The sound of Dave’s baritone voice brought back good memories. Sam smiled, remembering the time they tried to steal a milk truck, but he could not figure out the gears.
An open bottle of Jim Beam sat on the moldy kitchen counter beside a crystal whiskey glass. He poured a healthy slug.
Dave stood in the middle of the parlor, back-lit by a camp lantern and staring at the mattress, his flickering shadow thrown onto the wall. He turned when Sam entered the room. “It’s good to see your ugly face again.” He smiled and cradled a whisky glass in both hands.
Sam thrust his hand towards Dave. “You too.” They used to hug, but that time was behind them. Dave took the hand and gave it a quick shake. Dave nodded towards the mattress and raised his glass towards his lips. “Here is to old times and past transgressions.”
“To good times and old sins.” Sam took a big swallow from his glass. “I was surprised to hear from you. It’s been two years. I assumed you were pissed at me.”
Dave flashed his award-winning smile. “Over a woman? I was on a contract in Brazil for two years. Out of touch with everyone.”
Sam cleared his throat. “I thought you might have attended Mary’s memorial service.”
“By the time I learned of her death, the service was long over. I imagine it was terrible for you to find her hanging in the garage.”
“The shock of my life.” Sam took a deep drink. “The cops said suicide, although she didn’t leave a note. I thought we were happy.” He took another long sip, then staggered against the moldy wall. “I’d better slow down if I’m going to last the night. I don’t feel good.”
“Have another swallow. It’ll get you over the hump and straighten you out.”
Typical Dave advice, thought Sam, but he took another long drink, anyway. He lost control of his muscles and slumped.
Dave caught him and eased Sam onto the mattress.
Sam tried to speak, but his lips were numb and tingling.
Dave smiled as he laid his untouched drink on the floor. “The natives in the jungle smear poison on their arrows to knock monkeys out of the trees, a tasteless potion that mixes well with most liquids. I didn’t give you enough to kill you because I want you to experience what comes next. It was fun with Mary. She never locked the doors. I snuck into the kitchen and injected her orange juice with the drug. She felt everything that was happening to her. First, we had a tumble for old time’s sake before I carried her into the garage and put the noose around her neck. I’d let her choke for a while, then lifted her so she could breathe. When I tired of this, I let her dangle, watched her tongue turn black, and her feet kick, as she choked to death. I wanted you to know this.”
Dave went into the kitchen and returned wearing gloves carrying the whisky bottle. He poured the contents over Sam and dropped the empty bottle on the floor. Dave squatted beside Sam. “Goodbye Sam.”
Dave’s footsteps thumped out of the room, followed by the screech of the front door.
Sam fought panic. He tried to roll over, but the drug sapped his muscles but not his will. Laying on his back, staring up at the yellow plaster hanging from the ceiling, he must think. Sam remembered the yoga breathing techniques Mary taught him. Sam focused on each breath, in and out. It worked. His mind calmed, and he started to think.
He would go to the police and tell them what had happened. Maybe there was a residue in the empty bottle. Big mistake, Dave, leaving the empty bottle behind. The police could exhume Mary’s body and test it for drugs. He only had to wait until the drug wore off to exact his revenge.
Then he smelled smoke.