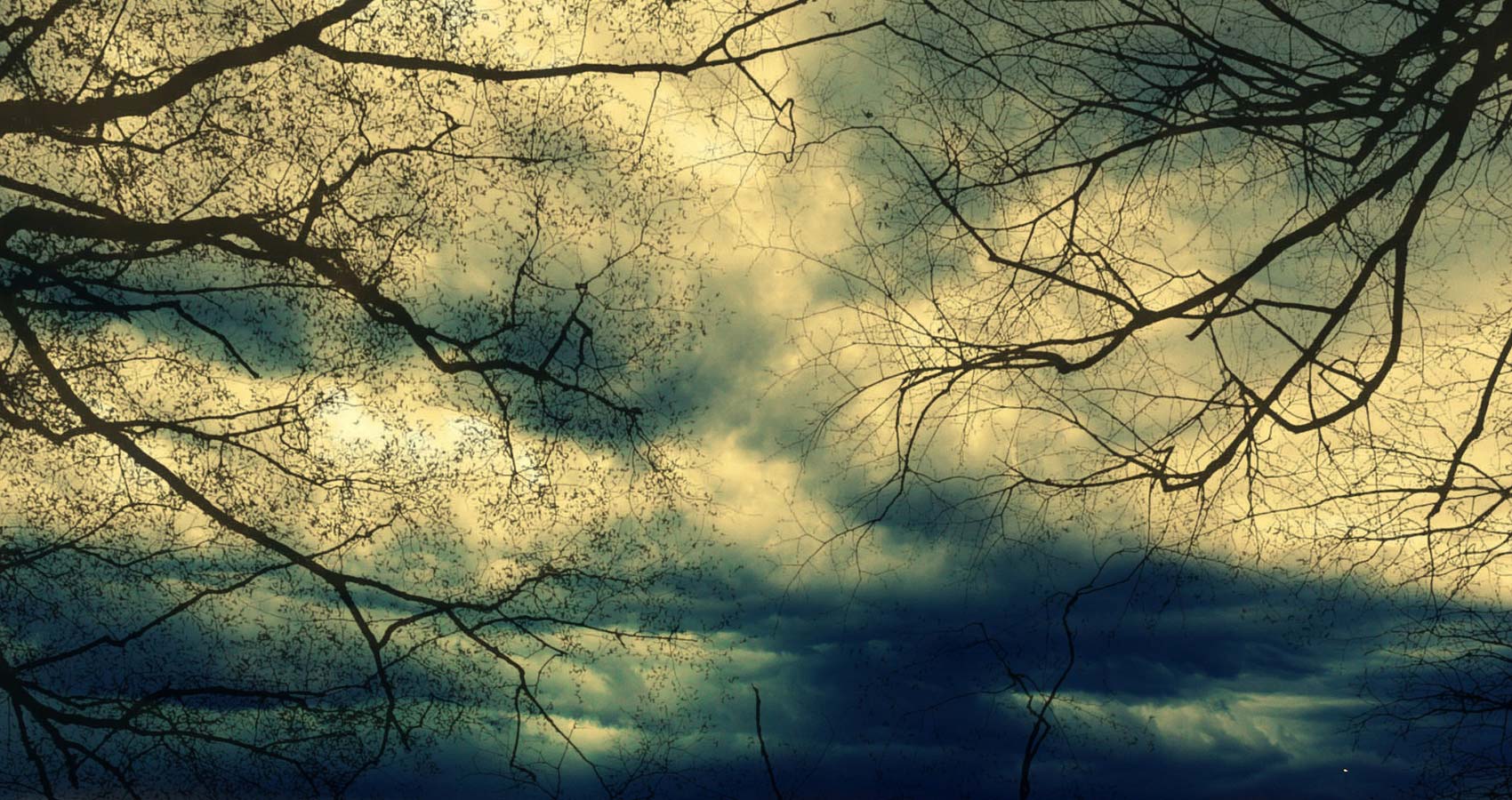 Building Up of An April Storm

Building up of an April Storm

The temperature begins to drop. The wind speed begins to increase. The breeze becomes cooler. Then a flash and a roar. A portion of the sky gets lighted up and the buildings beneath become visible, as if the enemy in a war zone has shot up a flash to map the ground realities.
Then the number and frequency of flashes increase to the applause of the thunder. Wind speed increases manifold. Cool blasts of wind refreshing you, as you, at times, get blinded by the lightning.
Your mind races. You remember the playing fields, where you ignored the thunder, the lightning and rain and saw boys of your age run after the ball and you stationary under the bar post, the last line of defense.
Then your mind gets transported down memory lane and you remember her, as you two brave the rain and walk drenched at no particular direction, with wind lashing against you and the flashes silhouetting you against the dark neighborhood.
That evening the rains stopped suddenly as it came and she spotted someone, as if a known figure, and became coy, afraid of getting detected with you, getting drenched in rains.
Your mind races. Wind speed increases further. Broken drops of water start floating in and you think of closing the windows. Then there is torrent and all of a sudden before you could even move you have a wet window-side bed with pillow covers half wet. You force yourself to close the windows.
There is thunder and lightning and rain.
You sit in the dark trying to chain in the mind that has become as wild as the storm outside.
It wants to re-live, rectify. Purge the shy, coy self, the timorous being of all its timidity and inject in you an amorous dose and make you lip sync with a Hollywood song and hug and embrace her in the musical that will never be made.
Had that happened would the rain today have been a different rain? The storm a different storm with the lightning carrying a different meaning?
Mind races.
You start asking the breeze, which takes you to the trees and they sway and you do not know whether in affirmation or denial.
Then you see her, standing some distance away under a tree, trying hard to keep herself dry and thunderous torrents threatening to deluge the earth.
And you run to her with your question. She smiles and then…
Where is she?
Where is she?
A mirage disappears as the rains build up tearing up your cosy existence and shredding into pieces your justifications and your soul calling you a loser, whom time has denied the essence of being.
Rain builds up. Storm subsides.
The world outside is getting drenched.
Is she still there?
Underneath the tree?
Amidst thunder and lightning?
A coy presence afraid of the world?
The mind heaves in answer. And a lilac gets dislodged from its branch and falls on the ground. And you still your mind and begin to dance with the swaying trees. Tears roll down your eyes and your pent up emotion gets swept away by the first storm of April!

Pranab Ghosh is a journalist, poet, author and translator. He has three published books to his credit. Air and Age (co-author; published from Kolkata), Soul Searching and Other Poems (first solo book of poems, published from Toronto) and Bougainvillea And Other Stories (a book of short stories in English, translated from the Bengali original). His poems have been published in Tuck Magazine, Harbinger Asylum, Literature Studio Review, Scarlet Leaf Review, Leaves of Ink, Weasel Press, Dissident Voice and Hans India among others. He is married and at present is staying in Vijayawada, India.