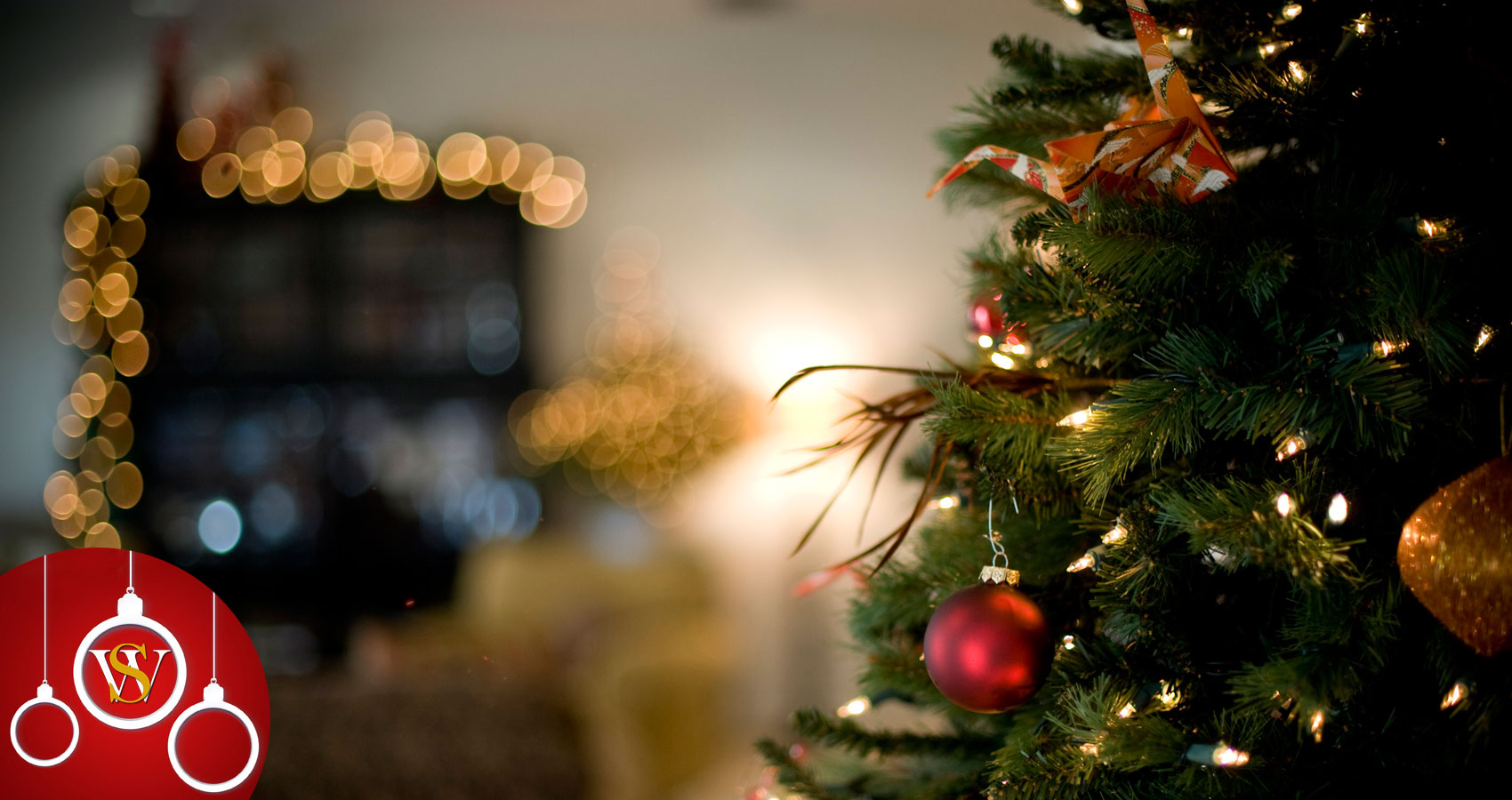 Trimming the tree was a Christmas Eve ritual
in my family.
Each year my cousin would come to help my mum.
They would carefully take the glass baubles from the box
that used to hold her big doll called Topsy.
Then they would put them all in their special place
in my family.
“No the elephant doesn’t go there,
that’s where the peacock should be
and the Christmas pudding goes above.”
Everything had its place on the Christmas tree
in my family.

There were shiny miniature crackers never to be pulled
and curly, coloured candles never to be lit, for economy.
No tinsel was allowed for that was cheating.
Only baubles to cover the tree, hiding the green.
The glass baubles had belonged to my cousin,
so had the tree. And earlier, to her mother and granny,
all in my family.
The only family to fall out over trimming a tree,
my cousin’s husband used to say with some truth,
as every year the arguments as to which
bauble should go where were replayed
in my family.

So much stress over trimming a Christmas tree,
that I think they drank Santa’s sherry!
They must have needed it!
And ate his mince pies,
after trimming the tree
in my family.