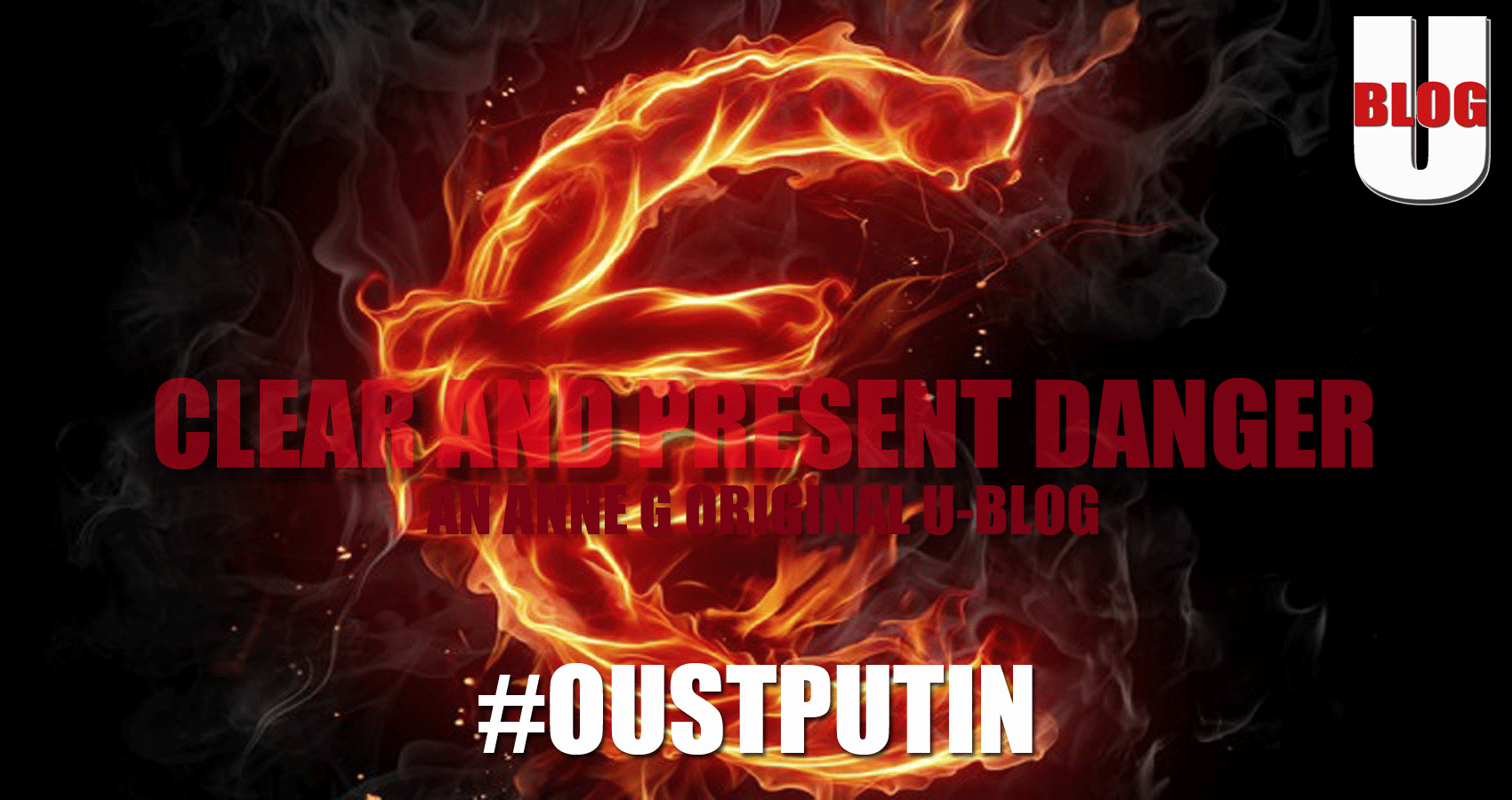 All hell is about to break loose. The clues are here, there and everywhere.

The EU is beleaguered and besieged. Whole countries are bankrupt or on the verge of bankruptcy, reminiscent of the days leading to The Great Depression. Anti-Semitism and racism are on the rise and at the highest levels since World War II.Terrorism has become a daily occurrence.

Then there is Putin; the troglodyte, out of touch and delusional. He represents the singular face of evil of the 21st century. His motives are the same that drove Hitler; global domination, land acquisition and power.

There is a repeated pattern occurring. Crimea was the beginning, Ukraine, Estonia, Latvia are the first stepping-stones. Who can say where, and if it will end. Again as before, the world stands by silently, watching, making excuses and doing absolutely nothing.

The few that speak up are taken by force, imprisoned and ultimately tortured and killed. The blatant inaction by those who can make a difference and be the catalyst of the action needed to change this disastrous course of history, is inexcusable and unforgivable.

If history is any indication of the turbulent waters we tread, the danger is clear and present and we are bound to repeat our errors.

[bctt tweet=”All hell is about to break loose. The clues are here, there and everywhere.”]

Love Through The Pane