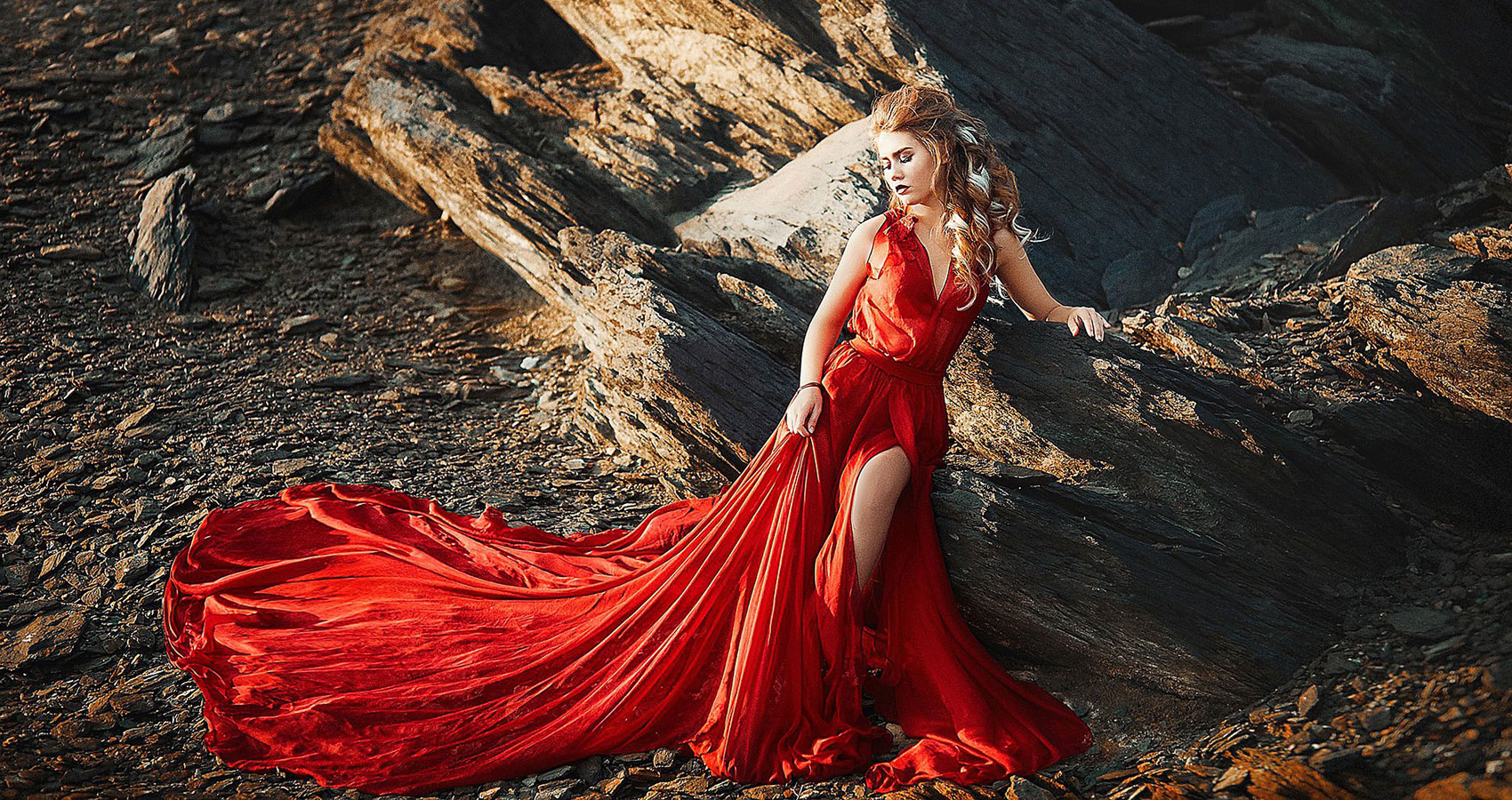 Dressed in an alluring red gown,
To rave it up, she let her hair down.
Serenity embossed on her face, she sat in repose;
Click, smile, click smile – she dazzled every pose.

Puns and quips were enough to get her to bust a gut;
Her circle of sisterhood never let her feel stuck in a rut.
The jamboree ended with words of gratitude and hugs tight;
The frolic and chortles made way for the quietude of the night.

Calling it a day, her mind rewound a few hours back;
When she wondered if she would survive the moment as she hid like a sack.
For rescuing precious lives, she was in the line of fire;
Tenacity, valour and pragmatism were her attire.

She shut her eyes to another day of breathing two airs;
Both of which she sponged up with aplomb and flair.
Crude to polished, murk to shimmer;
Two starkly contrasting worlds collided into her.

Anupama Dalmia is a blogger, author, influencer, creative writing mentor, counselor, multi-faceted entrepreneur and mother to a 4-year-old. She has won 12 awards in the field of writing and has featured in magazines, newspapers and coveted online platforms among the top bloggers and influencers of India. By qualification, she is an MBA in Systems and Finance and B.E. in Computer Science. She resigned from her lucrative IT job after a 6.5 years stint to pursue her creative interests. She is a certified Amazon Influencer, Sheroes Champion and the founder of 3 ventures. She was nominated as the "Woman Icon of the Year" at the iWoman Global Awards and has been nominated for the "Women Transforming India Award" by the Government initiative NITI Aayog. Her debut novella was chosen in the top 3 in Goodreads list of "Best Kindle Reads from Indian Authors in 2018". Two of her poems have been chosen to be published in a Poetry Anthology which is slated to release in November 2019.