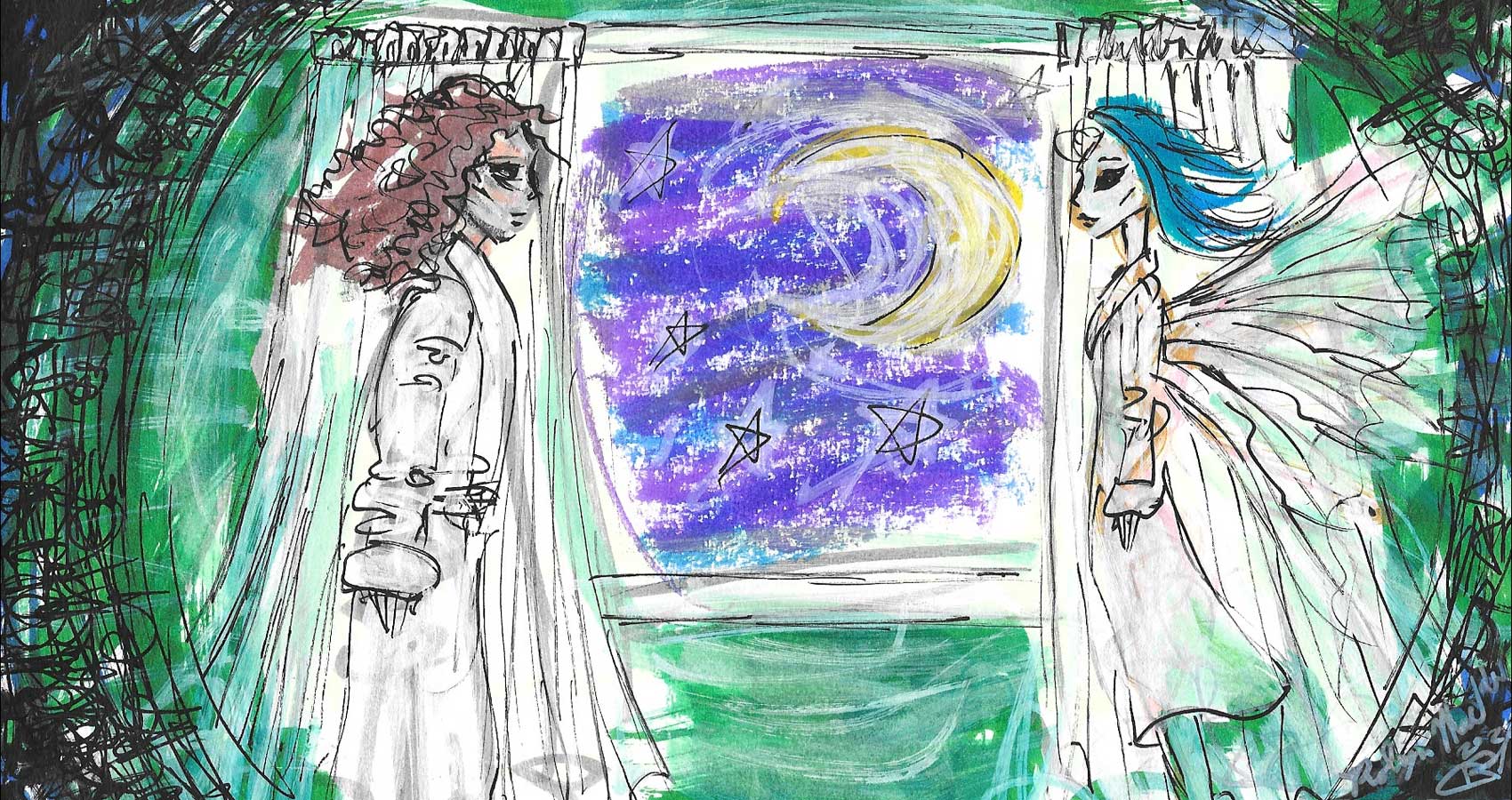 Dealing With The Fae

Dealing With The Fae

tall as me and has blue hair

dealing with the Fae

Illustration description: A gestural drawing of 2 figures facing each other from either side of the image. The one on the left has long, curly, brown hair and wears a white bathrobe. The one on the right also wears a white bathrobe, but has blue hair, white fiary wings, and large, dark, almond shaped eyes. Each figure stands/floats in front of a curtain. The curtains are open, showing a night sky with stars and crescent moon through the window. The edges of the image are dark, as though the central scene were lit from the center. The room is green. (Image created in pen and marker on paper, scanned, then given a black boarder in Adobe Photoshop Elements.)