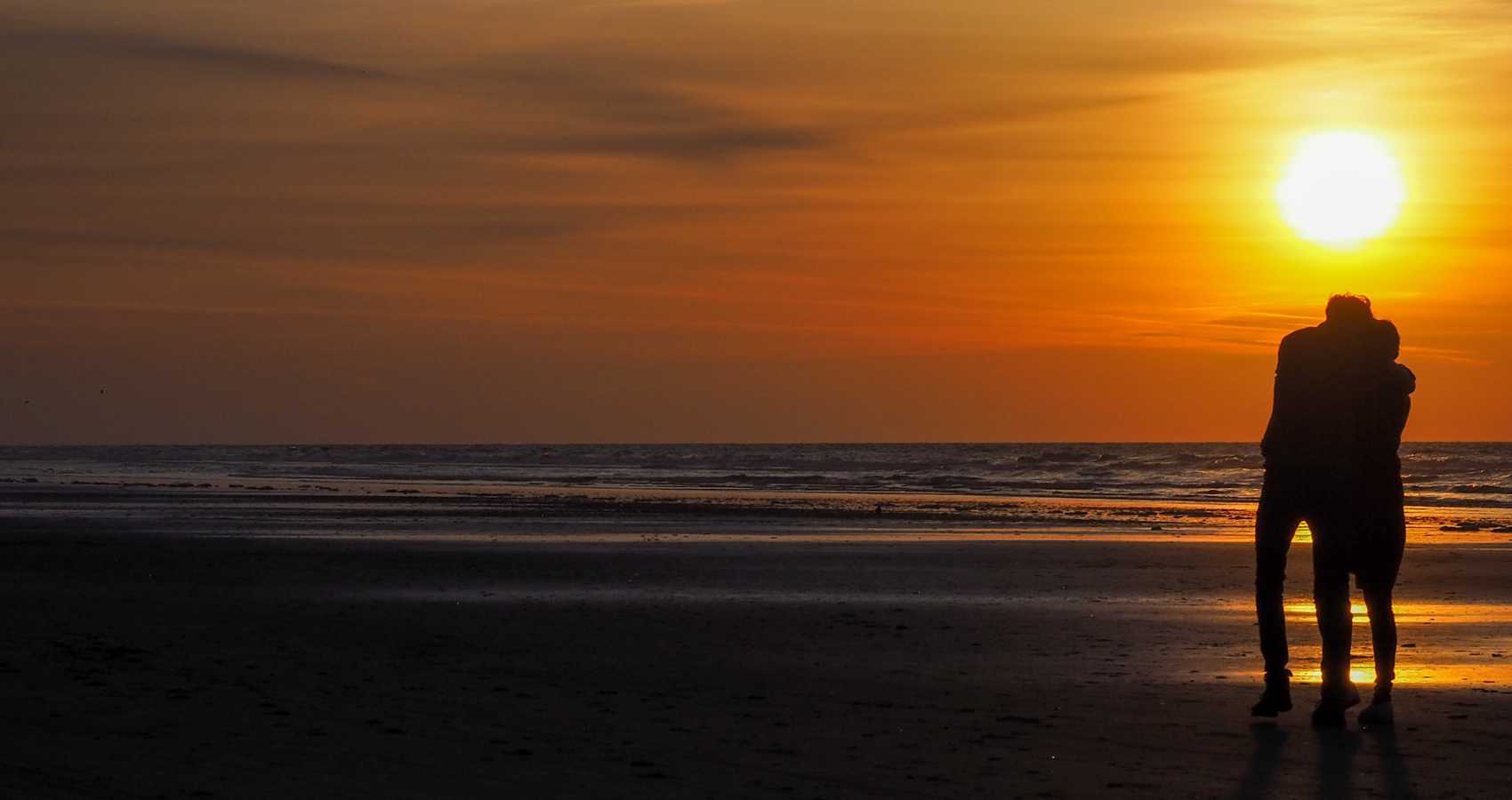 “Remember when we visited Italy? We used to collect shells as we walked along the beach, the sea kissing our feet as we talked and breathed in the salty air. ” Alexander asked Catherine as they watched memories of their life together.

“Yes, it was very hard to find them, with the waves washing them away every five seconds! Fun times, especially when I’ve got to be with you.” Catherine responded, looking straight into her husband’s light eyes, full of adoration and devotion.

A movie consisting of the moments they shared, places they visited, and their little house on the outskirts of the quaint town they lived in. Every meal they cooked together. Their cat, Coco, was brushing against Catherine’s leg, asking for food.

Every kiss, sweet and passionate, ignites their souls. Every touch electrifies every nerve in their bodies.

No matter how long they’ve been together, the feelings never go away. Even as they sat there, the trust, respect, and love they had for each other remained.

Even now, in the afterlife, they held each other tight, enjoying the comfortable embrace.

Emilija Veljković is a young woman writing poems and short stories, breathing life into her imagination that has so much to say, so much to show the world. She's been writing for a year and a half, trying to find a creative and healthy way to occupy her free time. Writing helps her organize her thoughts and ideas, as well as make sense of her emotions, especially the ones she thought were buried somewhere deep in her soul, left to wither away. She lives in Belgrade, Serbia.