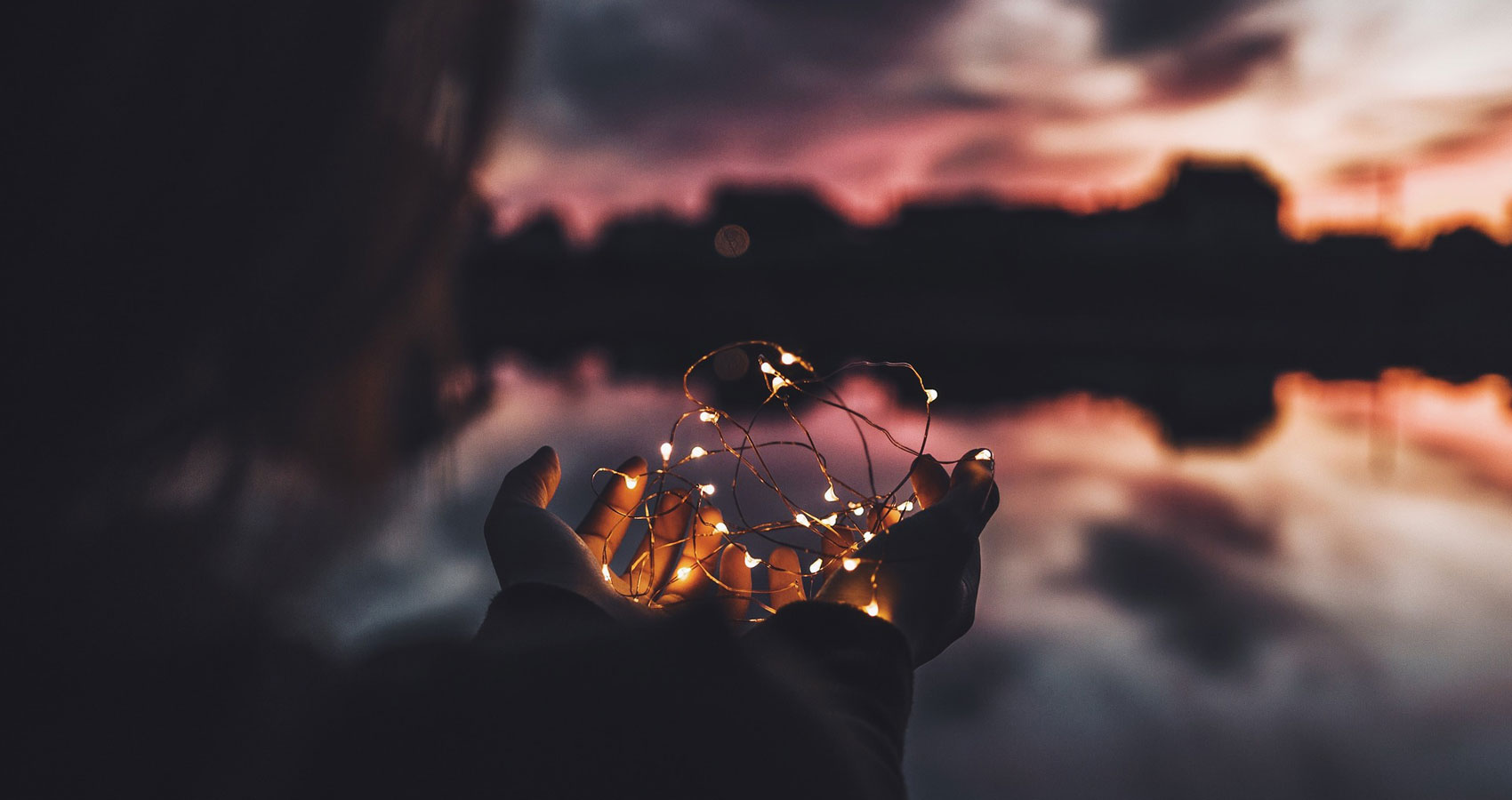 Ellen and The Class

Ellen and The Class

The two of us, in mornings on the hill,
walked there forwards, towards that bastion’s will
to press us, clayed, inside a poet’s mold
so we could write a triumph they could hold–
some sum of thumbed-on sculpting, triumph is
a student’s wheel-thrown metamorphosis.
But thinking on the starkness that they praised,
I churn, recoup catharsis, hackles raise
above my freckles, and my skin becomes
flushing green that grows new scaley sums
and brown, and chalken shades of earthen hell.
My arms lurch skyward. Stemming fissures force
my limbs to tower. They swell and glower
over Maryland, and roots splint spindles down
to thrust earth’s crackling crust, mining magma
belts to smelt their home. There below they dwell.
While limbs fly sky-sent, deep down my roots well.
Brusque, an atmospheric bush–hands and feet
are thorn-nets hunting, catching nebulas,
enfolding unknown brilliance gods have sired,
and in each cast I grasp a rose of fire.

Katy Santiff has written poetry in various forms all her life. She believes in densely-packed poems, preferring them to be mouthfuls when read aloud. A lifelong Marylander, she loves water-side living. She currently lives in Edgewater, Maryland with her wife. Her published poems can be found in Vita Brevis Poetry Magazine and Spillwords Press.