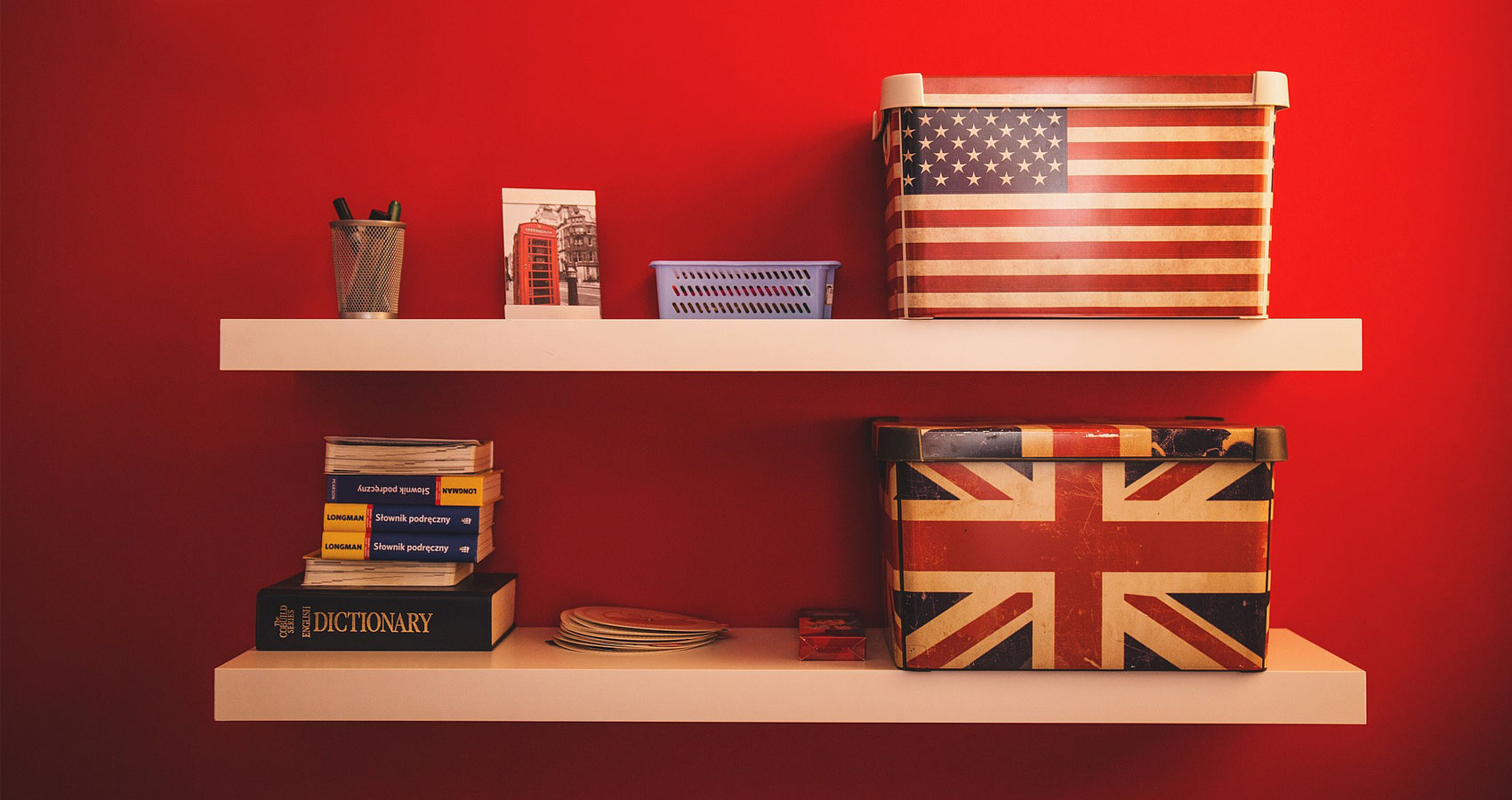 The story of a bunch of unwashed illiterate thugs who ruled a country for four hundred years, leaving shires, debating councils, one good history book, boring poetry, bad housing and a practical fluid language. Aethelred the Unready is long gone, but the language he used remains, changed and modified; still used by two-thirds of the world as a means of communication in business, banking, and Hollywood Movies.

English is a Germanic language, originally very different from the language now spoken throughout the world. From western Germany and southern Denmark, it was originally a guttural language with few long words.

The speakers of English, Angles, Saxons, Jutes, colonised Britain in fits and starts from the 5th century, taking advantage of the retreat of Roman civilisation and competition between British ‘Big Men’, who each established small states, which replaced it. This was the time of Arthur, who, if he ever existed, was probably a British warlord in the west of the island, one of many fighting the newly formed Anglo-Saxon kingdoms in the east. The original British language may have been similar to present day Welsh, but we can’t be sure.

Germanic tribes occupied all of Western Europe during this time, establishing new states. In Italy it was the Ostrogoths and Lombards, in France the Burgundians, Franks (from where we get the name France) and Allamanni (from where we get the name Germany). But in none of these countries did the Germanic languages prevail. In each of these countries, a Latin dialect is spoken, in England it is a German variant.

The Anglo-Saxons were skilled craftsmen, farmers and warriors but they were pagans. They believed in warrior gods and strong belligerent goddesses. They had poetry, plenty of poetry, but it’s often very boring stuff about fighting, death and monsters. Also, the Anglo Saxons loved riddles. Besides their poetry, they entertained themselves with riddles. Wordplay was prominent it seems in their long huts and around their campfires. In Britain as a whole, towns deteriorated. The Anglo Saxons didn’t like towns, but lived in farmsteads and villages.

We now know that many indigenous Britains survived the barbarian onslaughts. How did all the British come to relinquish their own tongue, soon speaking English instead? We don’t know. The Anglo-Saxons were relatively few in number. Their supremacy was mainly political. One interesting theory by a historian is that many people in East England may already have spoken English as a first or second language due to their proximity to Friesian lands, where the language came from. Another suggests that the dominance of German elite groups on the continent encouraged its adoption in Britain. Over time, the indigenous population, for whatever reason, began identifying with their new rulers, assuming their culture including their language. Perhaps, they did so simply because it was a new world ruled by Germans instead of Romans, the British Isles looking to the north rather than the southern parts of Europe. Anyway, for whatever reason, English, similar to Friesian and Dutch, secured a foothold in these Islands.

If you were to hear Old English spoken, you would hardly understand a word. One or two words would pop up as recognisable, but that’s all. The common Indo-European words for mother, father, brother, God, would be distinguishable amongst the deep guttural grunts and barks. The smooth sensual flow of modern English would be absent.

Like everything else worthwhile in this world, English evolved!

Viking invasions brought a number of additional words into the language. Knife and die are Viking (predominantly Danes, with a smaller number of Norwegians and Swedes). The old English word for die was the modern equivalent of starve. The Viking (mainly Danish) invasion initiated the use of more than one word for the same thing. For example-wish and want, rear and raise. The differences in meaning emerged later. The Vikings also introduced additional pronouns into the language, such as they and them.

In 1066 the Normans invaded Britain, gained a foothold and promptly ousted the reigning Anglo-Saxon elite. They disappeared into the anonymity of history. Who were the Normans? Like the Anglo-Saxons, they started as marauders, praying on more civilised society, raiding for booty. Originally the Normans came from Norway, Sweden and perhaps Denmark, of Viking stock, who grabbed land in France from the reigning dynasty in Paris. They were French-based Dukes, not Kings. We might today, with justification, call them bandits, thugs and adventurers. By the 11th century they’d become accomplished warriors. Even so, they only just, by a mere whisker, beat the English army near Hastings.

The Normans spoke French. Quickly, all the elite of England spoke French, and not English. Only the peasants and labouring classes spoke English. If you wanted to get on, you spoke French. The Normans ruthlessly exploited their English subjects, became the aristocracy, became enormously wealthy, fought in the Crusades and by the 15th century had effectively murdered each other.

England now only existed as part of a greater empire with huge estates in France. The Plantagenets, who succeeded the Norman dynasty, were from Angevin in France, and considered themselves French rather than English. King John, who actually learnt English, is considered one of the worst of England’s monarchs, due principally to his incompetence and his imagined connection to Robin Hood. He achieved thereby the appellation of ‘Bad King John.’ In comparison, his brother Richard 1, a fairly despicable thug who spoke only French, despised England and never set foot here, is a national hero.

It was not until the 14th century that the aristocracy began to speak English as a first language. Then, only then, did they refer to themselves as English.

So, that is one reason why in English there are often many words for the same thing. For example-pig comes from pork, or porcine in French, while swine and hog are English words. It has been said that live animals have an English name, but when cooked they acquire a French name. Another example is sheep becoming mutton, cattle becoming beef. English words tend to be short-long, tall, good, bad, in, out, up, down. French words longer and with a feminine tendency, beautiful, gracious, supportive. Many of these also have roots in Latin or Greek. Latin and Greek words tend to be used in academia and science.

Geoffrey Chaucer wrote in middle-English (East-Midlands), the dialect of the midlands. By Chaucer’s time northern and southern parts of the country were already struggling to comprehend the respective dialects. The East Midlands dialect was that employed in London. Chaucer wrote The Canterbury Tales as an example of standard written and spoken English, accessible to all inhabitants of the country. It is from this period that English began to closely resemble modern English. At around this time, because of the earlier confusion between French and English grammar, gender endings disappeared from the language, with the consequent dependence upon sentence structure.

By Shakespeare’s time English was greatly changed. Latin and Greek learning overwhelmed the educational institutions, the crammers and universities, the original tongue was left behind, and English became a helter- skelter of different languages packaged under the single term ‘English.’

It is during this period that English as it exists today was formed. Of course, Shakespeare was principal in the formation of English. He made up a number of words, popularising others derived from Latin or Greek. Along with Chaucer, it could be said that he created modern English. Shakespeare nevertheless, contrary to popular belief, had a smaller vocabulary than an educated person of today. Advances in knowledge technology have added thousands of new words to English.

The spelling and pronunciation of English has subsequently changed, and is very different in both aspects from Shakespeare’s time. The introduction of loan words from all over the world, particularly India, have changed the language and increased its vocabulary. American English is now most commonly used, including its spelling. The USA, in the person of Noah Webster (1758-1843), deliberately changed the spelling of English words to confirm their separation from the mother country, simplifying old spelling. Colour became Color for example, program instead of programme. Webster claimed he added 5000 specifically American words.

American accents may be the result of ossification, resembling the speech of the earliest immigrants to the USA from England. The American long stressed vowels may in part be of West Country origin. Although in England regional dialects remain strong, perceived pronunciation is based upon a combination of London and Oxbridge dialects, that of the current meritocracy who run the media and have been prominent in successive governments. This dialect consists of equally stressed vowels and a flowing speech rhythm. Estuary English is also popular at present, with stress placed on first and final vowels. This English form emerged recently from the urban poor of London, Essex and parts of Kent. Perceived West Indian, principally Jamaican, pronunciation is also popular in large urban centres, used mainly by British-born black teenagers, and white teenagers who relate strongly to West Indian culture. It is an exaggerated, camp form of Jamaican patois.

English is subject to evolution and change, but may not become the universal lingua franca as commonly predicted. The slow demise of Britain and America may allow other languages (the Portuguese of Brazil, forms of Cantonese) to dominate. The decline of the West may mean the decline of English.