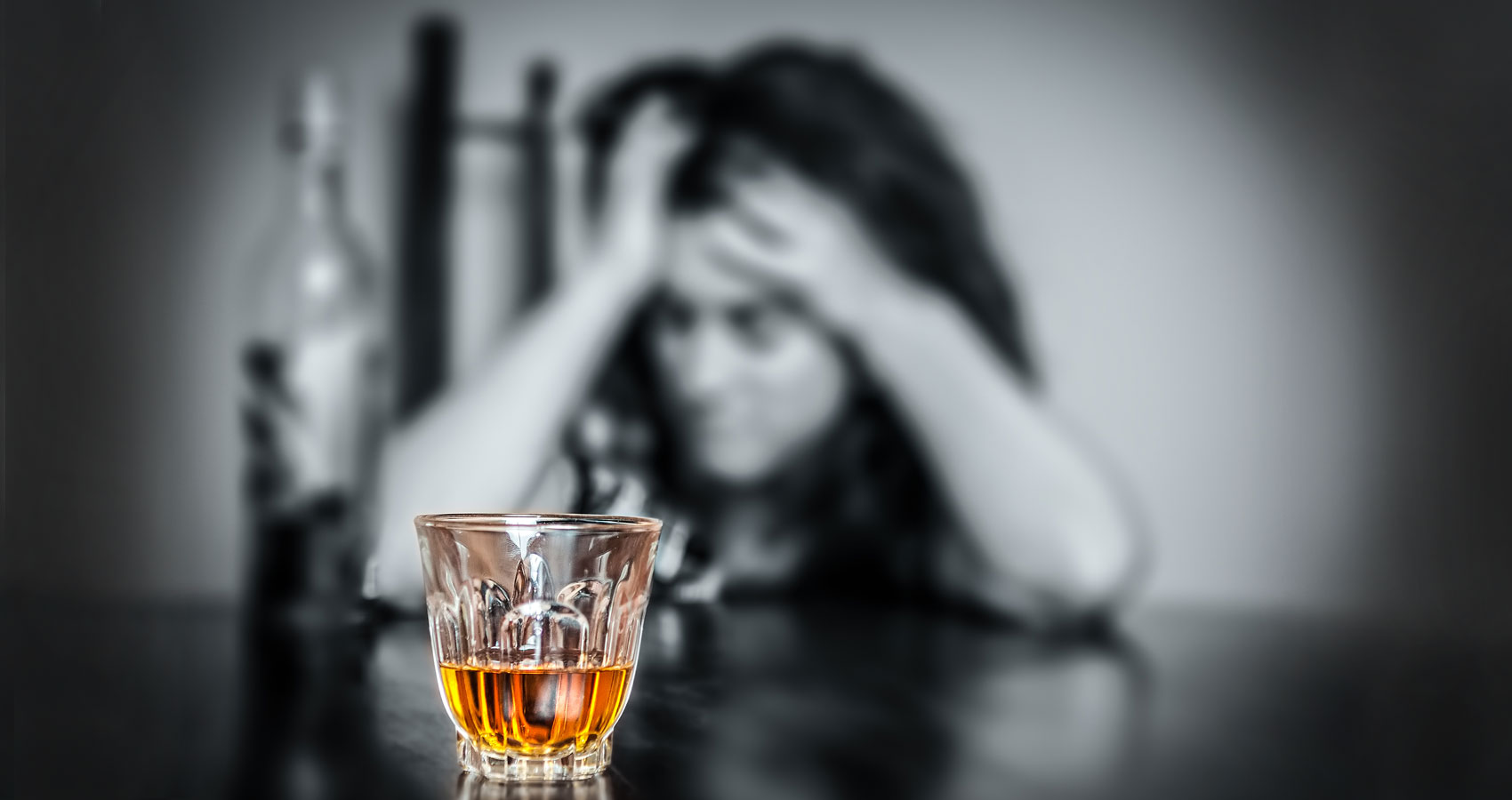 Was I fourteen? Fifteen? The roots of memory do not hold. What I know for certain is that I was a naïve girl. How could I have known that that first drink marked the beginning of a slow, thirty-year descent into an encounter with near-madness and near-death? There was no way to know that night, walking through lamplit snow and looking at the crooked, black limbs of empty trees.

There were about seven of us—exactly whom I do not remember. I recall no names or faces, but I still see the shapes of blue and red down coats and hoods against the snow. Red, white and blue. Our boots crunched the snow’s top crust as we walked. I remember the metal grommets, brown rubber ridges and untied laces of our boots. Each of my breaths curled into the frigid night air, visible like a piece of lace. The breath from the boys was louder and filled more space.

The bitter, winter sky was an inkwell of dark. It was either January or February. My friends and I walked the streets near my childhood home, an affluent suburb of Cleveland. Stately homes were set back against the street by wide, snow-covered lawns. The sidewalks had been cleared, their gray lines straight paths in the snow. From the outside you could see the comfort of oak-paneled libraries, chandeliers and framed art inside elegant homes.

We reached the church where I had attended pre-school, and where I would have my wedding less than ten years later. As a little girl, Sunday school meant a braided caramel candy bar for each memorized line of Scripture. I still see rooms with thick crayons the size of fingers, and recall the scent of clean butcher paper. Open jars of paste with tongue depressors sticking out. Pictures of a blue-eyed Jesus.

On this night my friends and I walked into the deserted church parking lot. It was very late. The tip of the steeple’s white cross was like a needle opening one stitch in the black fabric of sky. A few of us leaned against the stone walls. The few cars in the parking lot were buried in snow. The boys, shifting their weight from side to side, began:

One boy put his forearm deep into his down coat pocket and withdrew a large, unopened bottle of vodka with a handle. He raised it into the air and another boy grabbed it.

The boy who had grabbed the bottle took it with both hands and, improbably, banged its neck against the low, stone wall. It was a clean break, though broken on a slant. The top of the neck with the sealed red paper cap fell into the snow. The red foil caught the glint of a fluorescent streetlamp. Everyone got quiet and no one smiled. I have never forgotten the look of that broken bottleneck, though I cannot recall those boys’ names or the other girls in the group. The glass was about a half-inch thick.

The boy who broke the bottle arched his back, leaned back, and poured some of the vodka down his throat. We formed a circle and he began to pass the bottle around. I stood watching, impassive. Then it was my turn. As I lifted the broken bottle closer to my lips, more light from the streetlamp glinted and reflected back from the vodka and the glass bottle. I was momentarily consumed by light and ice. The clear liquid inside looked neither thick nor thin and was exceptionally clear. Clearer even than water. The odor was overpowering. The glass touched my open mouth and I recall thinking to myself: just don’t let it cut your lips, just don’t let it cut your tongue.

The vodka poured into my mouth. I disliked the taste of that bitter, clear river. It burned my throat like fire and snaked down into my stomach, burning a little pit there. It was done, a feeling of sin. I lowered the bottle again and passed it to my left. While the bottle went around the huddled circle, one by one, new snow began to fall. It was illuminated underneath each street lamp. No one talked much as people took turns drinking. The bottle got lighter each time I titled it toward my lips.

A few more rounds of vodka from the broken-neck bottle and I was suddenly alone inside a snow globe that had been shaken hard by a vast, unseen hand. Trees were inverted and houses were tiny. Up had become down and left had become right. The clean steeple of the church had disappeared. Snow fell sideways and the vodka was like the water inside of the snow globe—the factor that made everything swirl. As we walked out of the church parking lot, we left footprints in clumsy, broken paths. Laughter disappeared quickly into the cold air, and our breaths coiled visibly into the wind. I zig-zagged my way home inside the turning snow globe and fell into bed without a single thought. With all of it, I was alone.

Julia Caroline Knowlton PhD is Professor of French at Agnes Scott College in Atlanta. She is an MFA candidate in poetry & creative nonfiction at Antioch University in Los Angeles. She holds an American Academy of Poets College Prize, and is the author of the award-winning memoir _Body Story_ (2004). "Sorority Girl, 1984" is the second chapter of her new memoir.