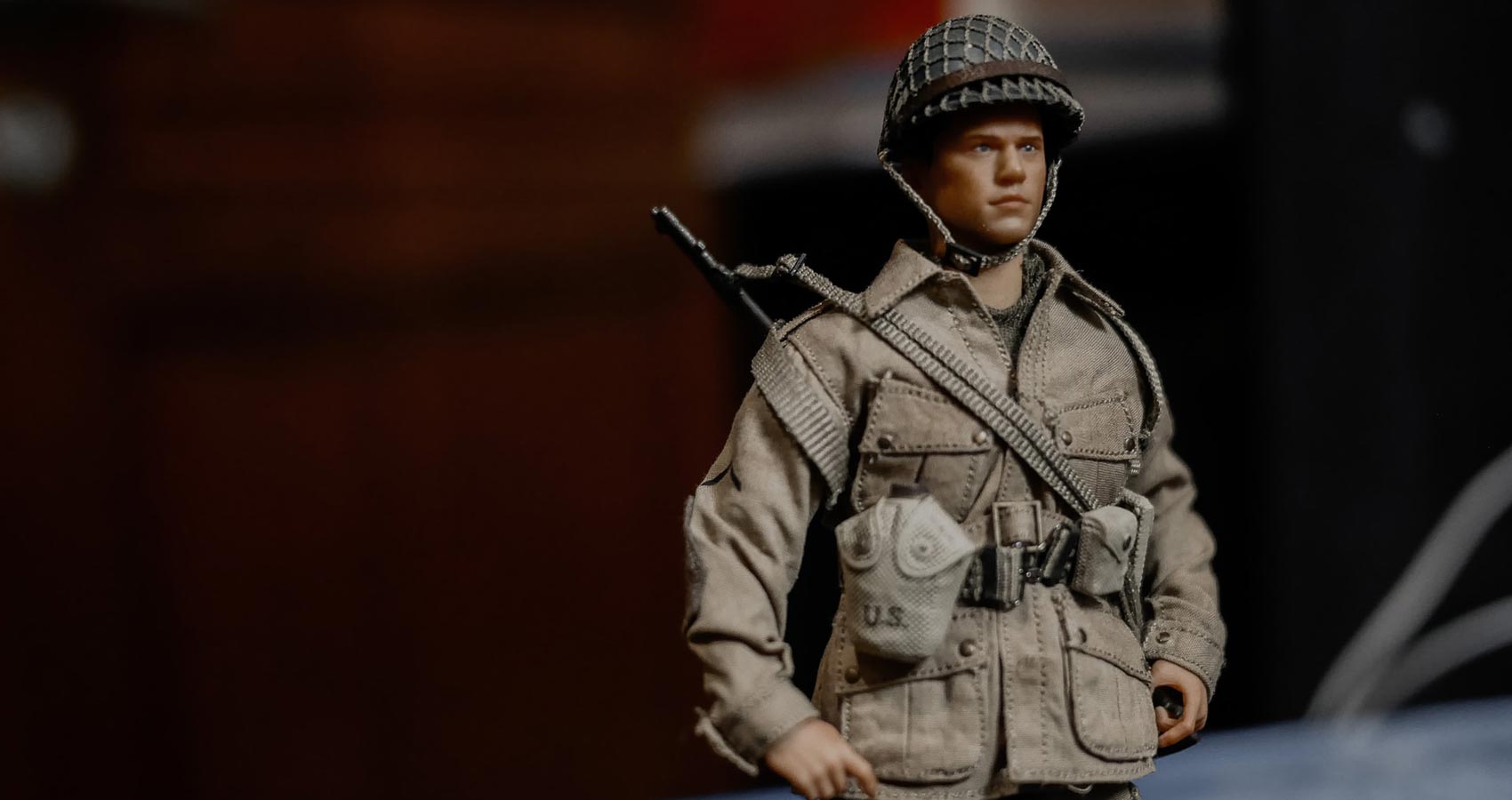 Made a Foxhole under the bed. To shelter from missiles, grenades, machine gun fire and that lone, sneaky sniper. I was Steve McQueen from a film I’d seen on television; Hell is for Heroes it was called. Steve McQueen is hunkered in a foxhole, ammo running low, surrounded by a German Panzer division and infantry. No way out. Steve McQueen is killed at the end. He makes the ultimate sacrifice, going out in a blaze of determined glory – strapped up with hand-grenades, headfirst into a gun trench – to save what’s left of his unit.

My mission was made difficult as I kept scratching my back on the old, coiled springs. I had to go topless, the heat was near intolerable, and, furthermore, I was alone. Didn’t bring my 3 Action Men to this party, no way, up against German tanks, leave it to me, boys, Hell is for Heroes. I wasn’t short on fire power. Had my silver barrelled, white handled Colt 45 held in my elasticated snake belt; for any fool Jerry showing his face I had my Super Fire Deep Red Ray Gun. Some said these guns were dangerous, but I knew how to handle lethal weaponry. Had the pump-action water shooter, and my James Bond Sniper’s Rifle. And I had plenty of Bazooka Joe bubble gum and a packet of Rolos to keep this soldier’s strength up. A tank wasn’t going to roll over me without the crew knowing about it!

But most of all, I had my Mantra – not that I knew it was a mantra.

…ain’t no cure for the summertime blues. Age of 6 I only knew that line from the song made popular by Eddie Cochran, wouldn’t have been able to comprehend the true meaning. One of those lines that enters the culture instantly and feels like it’s been around forever. I knew that Eddie Cochran was dead. (Height of his fame, aged 21, gone in a car crash).

Impetigo is a highly contagious pustular disease, causes the skin to break out in sores which crack, burst, blister. The streptococcal bacteria assail poor souls with poor hygiene, low or compromised immune systems and other deficiencies of flesh, blood, and bone. Young children are particularly susceptible. Try saying impetigo over and over, and Impetigo begins to sound like a soft drink. I had sores on my face, like a biblical curse, all over my face. Made the worse because I picked at the scabs and blisters, couldn’t help myself. It helped pass the time, on my lonely face.

I was quarantined (a special case!) in a windowless room that must have been situated in the centre of the house? My (maternal) grandmother owned the property. To a middle-class sensibility she would have been a matriarch, to the likes of us she was a Battle Axe. Smoked so heavily she moved within a grey cloud, that was often mistaken for a visible aura.

For a young child a week is like a year. Had an uncle once who measured out the length of the summer holiday in hours: 1008. Can’t remember what this uncle did for a living. Many things I can’t remember. I do remember fretting that my friends, playmates had forgotten me, and worrying that I might not be able to win the friendships back. The blistered skin and the scabs were not healing sufficiently, which meant the period of isolation was prolonged.

And that old room comes with its own rusty metal coiled spring smell. If it wasn’t for the tasselled flower-patterned shade over the light bulb dangling dead centre from the ceiling, the bedroom wouldn’t look out of place in a gas lit Victorian melodrama. Memory is mutable. Your own myth. Mine is grainy, unreliable, pure analogue holding its own against the pixels. The room isn’t settled, never complete. Often grave and threatening it shuffles around me, impatient for a final decision. Other times there’s a lighter, softer tone, reeling in humour, allowing a little fabrication for me to spin…. ain’t no cure for the summertime blues. The taste of fish paste sarnies has lingered, too long in the tooth, had them for me lunch most days with lemonade or Vimto. I can see the russet colour of the carpet, flecked with grey, as though ash had fallen. There’s a chunky wardrobe with a mirrored door, thick metal key in the lock, nothing inside, save for wire hangers, aligned and eerily still.

And there is me, in a foxhole, hair cut brutally short, patchy in places, damp with sweat… sound of gun fire caroming off the walls… hundreds of hours to kill.