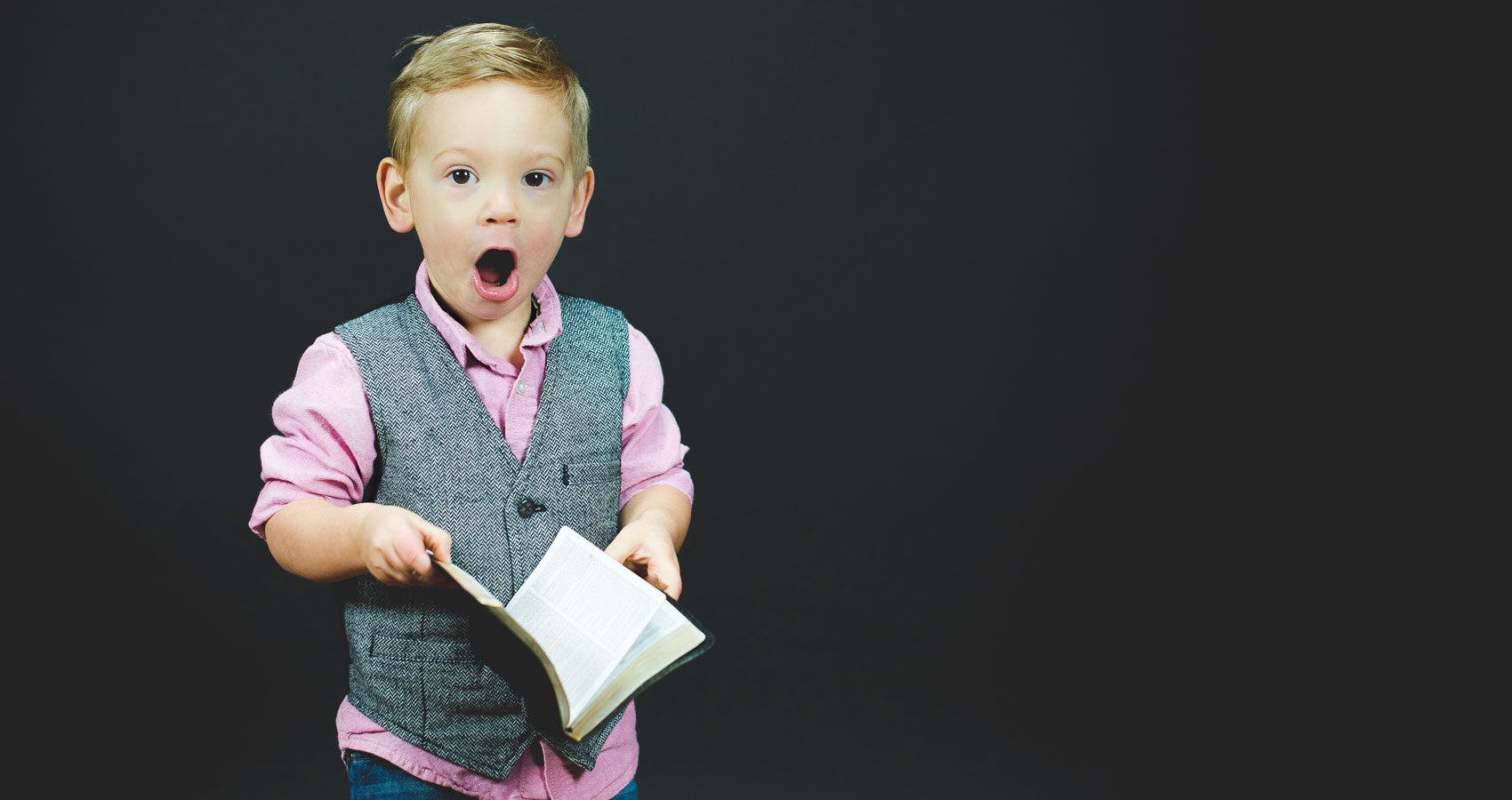 From The Mouths Of Babes

From The Mouths Of Babes

Art Linkletter said it first: kids say the darndest things. Take it from me, Art knew what he was talking about. You’d know, too, if you’d ever spent five minutes alone in a close, contained space with anyone under the age of seven. Before you can say, “I won’t,” you’ll be a ranking expert.
Kids spend about 99% of their waking hours jabbering, questioning, and talking. Kids are little chatterboxes. If you’re open to listening to them, you’re in for a surprise or two, plus some laughs. Although, short of donning ear buds, you won’t have much choice in the matter.
Kids exasperate me. They challenge my patience. They annoy, anger, and sometimes disappoint me, but when they act sweet or say something funny, I’ll forgive them for almost anything.
“The most wasted day of all is that on which we have not laughed,” wrote Sebastien Chamfort way back in the 1700’s. Were truer words ever spoken?
From the mouths of babes, to your ears, I offer a few convincing anecdotes.

Out walking my yellow Lab a while ago, a little girl rushed over.
“Can I pet him?”
As she patted my pup’s head, she gazed up at me and said, “This is the first dog I ever met that didn’t stink!”

My mother liked telling this story….
One night she was entertaining a few friends at our house. I walked downstairs with a falsie (remember those?) on my 4 year old head and announced, “I have a new hat!”

Some time later, my mother overheard my sister and me chatting about our step-father, Bert.
“Let’s call him dad,” Renee suggested.
“I don’t know,” I said.
“Oh, come on! It will make him feel better.”

When my little sister, Lisa, was off to college, my parents took her out for a celebratory, farewell dinner. As the waiter approached with the check, Lisa, feeling cool and sophisticated, said, “Please tell the cook it was good!”
Much older now, she knows to say: My compliments to the chef.

As a teacher in Los Angeles for many years, I heard it all and then some.
A first grade student, Miguel, often told the most outlandish lies. On one particular day, I had reached my limit and informed him, that if he uttered one more fib, I’d call his mother.
Naturally, I was forced to telephone that very afternoon, after school let out. Miguel picked up the phone.
“What are you doing?” I asked, before requesting to speak to his mother.
“Watching TV!”
“Well, what are you watching?”
“The Liar’s Club!”

During a class discussion one morning, Byron, apropos of nothing, blurted out, “I ran away once, but I came back.” Asked why he decided to return home, he replied, “Because I can’t cook!”

I often awarded prizes for good work, so after a week of studying ecology and ways to help the planet, Alfredo earned…. a marker. Monday morning, walking up the cement stairs to our classroom, I spotted his name in big, black letters scribbled on the concrete.
“How could you do that, Alfredo, especially as we discussed graffiti just last week?”
“It wasn’t me,” he protested. “My sister did it!”
“Oh, please,” I said. “Don’t you realize I can recognize your handwriting by now?”
I never gave out markers ever again.

When my best friend, Suzi, was expecting her second child she told this story. While in the doctor’s office she met a woman expecting her fourth child.
“I don’t know how you manage.” Suzi said. “Two kids will be plenty for me.”
Her four year old son, Eric, piped up: “Gee, Mommy! One kid used to be enough!”

I spent lots of time with Eric when he was a kid. He loved reciting his own riddles.
E: Why did the man put his car in the oven?
Me: I don’t know.
E: He wanted a hot rod!
E: What do you call a dinosaur with a walnut-sized brain?
Me: I’m stumped.
E: Dumb!

Anna, another friend’s five year old daughter, couldn’t wait to start school. I decided to visit for this momentous occasion. When we picked Anna up that afternoon I couldn’t help but ask “Well, Anna, how’d it go? How did you like your first day of school?”
“It was fine,” she said, “but I didn’t learn how to read.”

And there you have it.
Kids do say the darndest things! Their spontaneity, their curiosity, their joy is absolutely infectious. And no day is ever wasted.