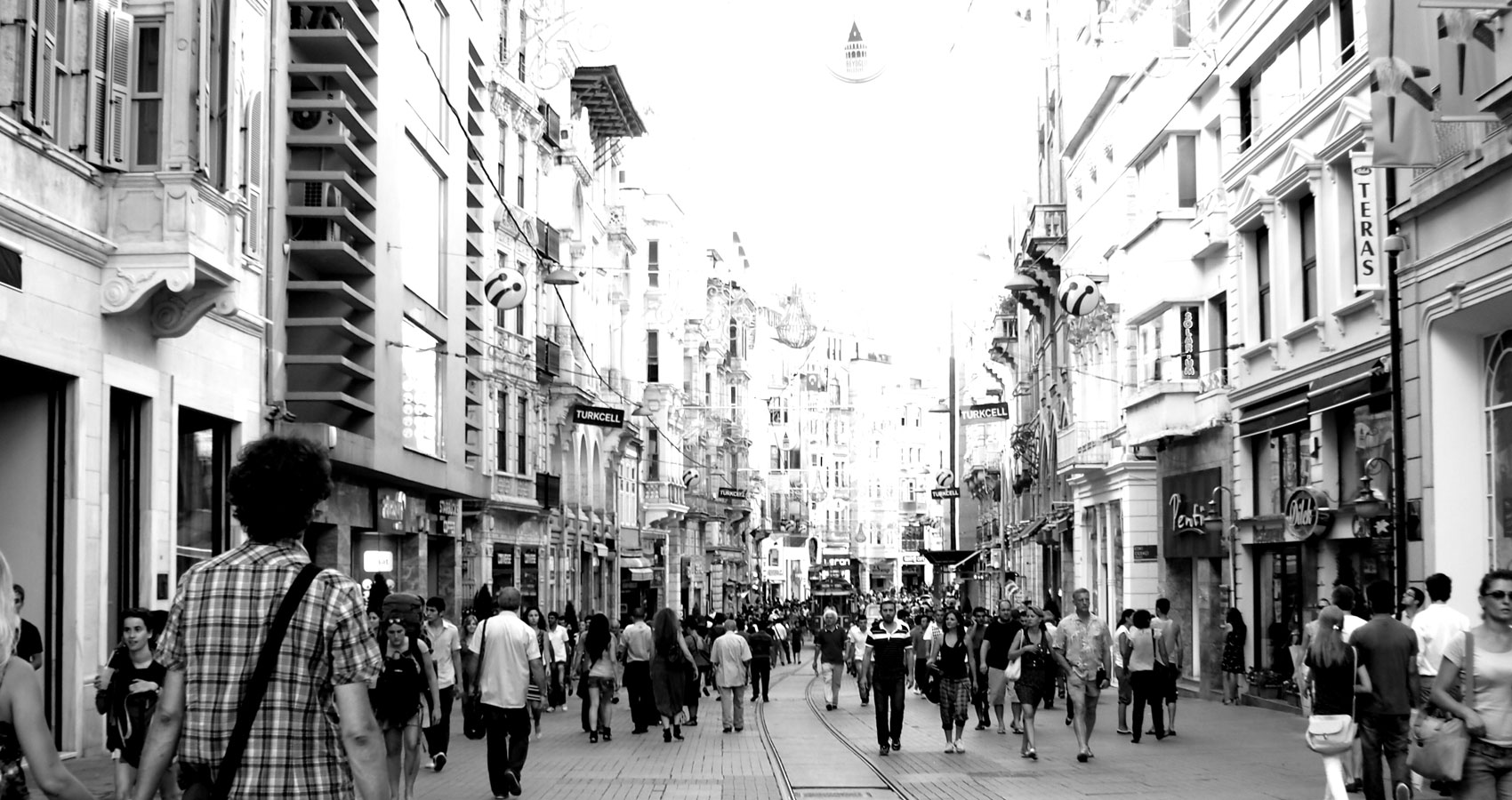 He looked out over the street, staring into the void as the people’s lives below him continued. The monochrome streets glittered as the headlights danced off puddles. In the distance he could just make out the black outline of the most distant skyscrapers, dotted randomly by little lights that shone from the windows. All in all, a rather depressing scene.
He liked to watch the people as they walked past, imagining what their lives would be like. But sometimes, his mind would wander. The first time happened during lunch. His mind faded out, slowly at first, until a classroom appeared before him. A boy being chastised by a teacher. Their voices were muffled and the images blurred, but he saw enough to realise The Boy was crying. He wanted to help The Boy, but something was pulling him back, like a tugging in the very pit of his stomach. He registered a sense of hatred and sadness.
The second image didn’t arrive until a few weeks later. He closed his eyes, ready to sleep for the night but his mind was swamped with images of The Boy again. He was alarmed to see a white and black bull-mastiff chasing The Boy, now aged ten. He screamed for The Boy to run faster, trying desperately to distract the dog by running in front of it, whistling and screaming for help, but it was no use. The dog didn’t even acknowledge him as it hunted his prey. Giving up hope of distracting the beast, he stood aside, watching with his fingers crossed as The Boy reached a tree, scaling it while the dog nipped at his heels. He didn’t get to see how the situation panned out, as that gut-wrenching suction engulfed his stomach, pulling him back once again. He fell asleep that night, not wishing the images to return.
Unfortunately, it was only the next morning when he felt the now familiar throbbing headache. He was in a darkened room, barely bigger than a cupboard. Sitting at a simple handcrafted desk and stool was The Boy, teenaged this time. Walking over to get a better look at what The Boy was concentrating on, he noticed that the desk was cluttered by all manner of electrical parts which The Boy was assembling. He was content to just sit for a couple of hours, watching The Boy as he slowly put together a UV lamp. He felt joy well up inside him when the teen plugged in his finished product, the room glowing a lovely shade of violet. They told him that he was improving.
He was used to the images by the time the fourth one came. The Boy was 18, standing in the passageway of a tiny house with two black bin bags by the door. He could see a tall, middle-aged man. The older man towered over the young one, looking very red in the face and screaming about something that he couldn’t make out. The Boy was pushed violently out the door, tears running down his blotchy face. His bags were thrown out beside him. He felt close to crying when he was sucked from the image. They told him he was making great progress.
The fifth time he saw that boy, he wasn’t a boy any more, he was a strapping young man. There was a strong sense of recognition, beyond that of someone who he had only watched from afar. He was amongst a throng of people, waiting outside a neon building, watching as The Boy approached the uncut red ribbon and the man standing beside it holding ornate scissors. The Boy pecked him on the cheek and he didn’t know why, but he felt his heart clench and his stomach flutter. He stayed for a bit, watching the couple as they walked into what he realised to be a nightclub. The sense of contentment stayed long after he left the image. They told him that he was doing remarkably.
The seventh time he saw The Boy, he was around 40 years old and wearing a wedding band. They were in a lavish home, sitting side by side on a Steinway. He smiled. The Boy was happy. He heard a knock on the heavy front door. The husband went to answer it. Suddenly, the husband was shoved against a wall by a masked intruder. Horrified, he watched as the couple’s home was trashed and the first intruder held the couple at gun point, screaming vulgarities. Fear reigned as the intruder cocked his gun and leveled it against the husband’s head. His heart broke the second the trigger was pulled. The Boy stood there shocked, anguish written across his face. Then the gun was turned on him.
He was sucked out of the memory, shaken and in shock. He was still facing the window when he heard the door open. Stony-faced, with a voice void of emotion, he uttered;
“I remember…”

Laura is a Creative Writing student from South Wales