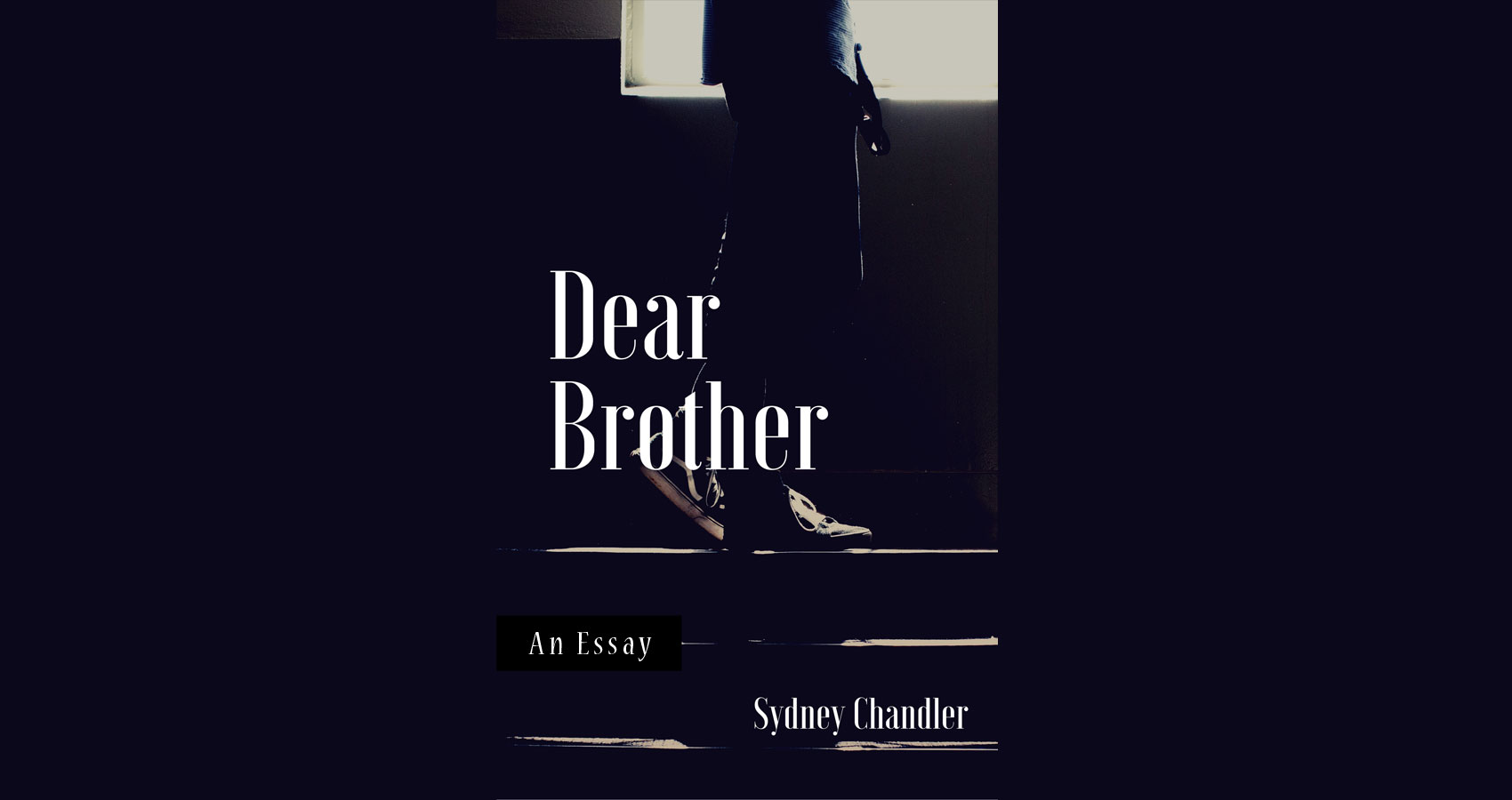 You told me we were family and that we were all we had. You made me believe that you were my dear brother. You became a part of who I was as a person and as your surrogate sister, you were my confidant, protector and best friend; everything that being a strong family unit should be…or so I thought.

But through it all, I was lying to myself about the person you really are. I saw the signs, but I chose to ignore them. I heard the poisonous words, but I chose not to hear them. I witnessed the abhorrent behavior, but I decided to make excuses for it. I was your enabler, but as with everything with you dear brother, I was expendable and no longer deemed a necessary piece of your life’s puzzle.

You were a demon hiding in plain sight, but I looked at you as a saint and was blinded to your malevolence. You were never who I thought you were dear brother and regrettably, neither was I. I prided myself on my strength, intelligence and the ability to see through a façade, yet you were stealth. You drew me in like a vortex and absorbed not only my sanity, but my self-respect.

You controlled me dear brother with fear; fear of being alone, fear of having no one who truly understood me, fear of never having the closeness of a family because you knew my biological family perished. You found my weakness dear brother, and manipulated it for sport. You laughed with me in public as a brother should, but loathed me in private as an enemy always will.

You pierced my soul, charred my heart and kept me on a cruel never-ending emotional rollercoaster of both exhilaration and misery. You lifted me up with false praise and pulled me down with a serpent’s tongue. You left my spirit bruised, battered and beaten but ultimately dear brother, my spirit wasn’t defeated.

I take no solace in knowing that I was not your only victim; you’ve left a trail of tears wherever you’ve been. YOU dear brother, are a dark spirit who is cursed to destroy anyone who dares to love you.

As I have now purged you from my life, I looked in the mirror and the reflection I see is a woman I had become all too unfamiliar with; she is brave, fearless and the BOSS of her life and destiny. She is the ME dear brother, I lost with you. Never again will I fall victim to locking myself inside of a prison built with denial and destructive love.

I am now free, wide awake and can see life and people through clear lenses. The lies I told myself about you dear brother, were that you loved me as much as I loved you. THAT dear brother is a journey into an uncomfortable truth I will be forever grateful that we took together.

I have written, produced and filmed documentaries on military challenges for the US ARMY ROTC and received the Commander's Award from the University of Southern California recognizing my work on " A Ranger's Challenge"; a documentary on former NASCAR driver Felix Giles, titled "The Nighthawk"; a four part documentary - "The Forgotten Women - A Series of Firsts" and I am currently in development on documentaries - "They Don't Know What We Do", "The Invisible Royals", "The Truth In Music" and "The Fair Play, Fair Pay Act".

I'm at the helm of SCM Entertainment and Media, Madd Peach Productions and have served on the Board of Directors of the Global Doo Wop Coalition/Doo Wop Music Hall of Fame. I also manage and serve as a publicist for various music, film, TV professionals and artists. As a freelance journalist, I've covered award shows, movie premieres, red carpets and general assignments. I'm a consultant on special projects in sports and entertainment and have a background in film editing, marketing, PR, event planning and producing, broadcast journalism, international business practices, business management, risk management, foreign affairs and Egyptology.