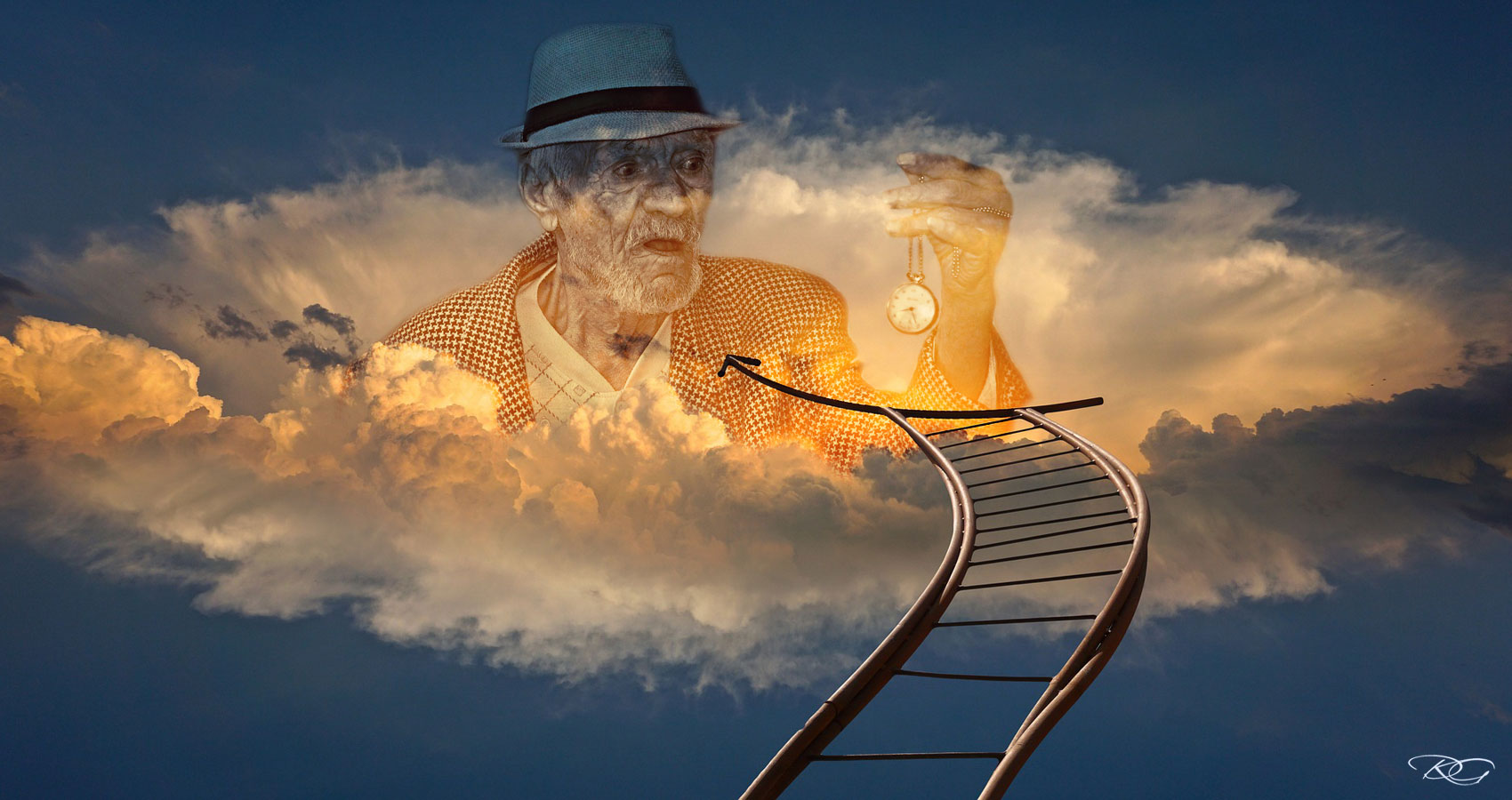 I feel I have to make my defence
Regarding those who over several millennium
Believe they can speak for me;
I do not need to name names, do I? You know
Exactly who I mean. What can I do?
I speak briefly to someone once and, before
I know it, we’re bosom buddies-they claim to
Know my inner-most thoughts,
My opinions on every subject from what
Clothes to wear to who to marry.

Do I not have more important things to think about?
The well-being of an entire universe to evaluate
On a daily basis?
How you treat one another is your concern-
Just keep me out of your bigotry and spite,
My name out of your books, my voice out
Of your heads. I am not who you claim me
To be; I am far better and, at certain times, far worse.
I am both nothing and everything!

You can nevertheless be assured-
I do not lead your armies, support your murders,
Sanctify your suicides, bless your hatreds.
I do not inhabit your words,
Your statues, your art, nor am I the knowing
Voice in your head or the gnawing pain
In your heart. Own what is yours!

Originally, I was a small-time local deity,
Lord of the mountain, brooks and olives.
Benevolent, lusty and shy.
Nothing special! One god amongst many
In and out of pantheons, attached to this
Goddess or that. Sometimes I was el of the
Desert, sometimes the family god in
The corner or staring out of the tent flap-
Inauspicious and insignificant!

I was happy then. I had none of the obsessive
Responsibilities of a universal god. I seduced
The local women, fathered thousands of mixed-children-
Part deity/part human-received the flow of eager
Sacrifice; the few remaining aurochs,
Bulls, deer and first born. The smoke always revitalised me!
Children’s flesh was always particularly nourishing!
For such extensive insurance for my continued interest
I protected each group who so honoured me, destroying
Their enemies, as well as their friends.
(But, oh, not now! I’m expected now to exterminate entire neighbourhoods,
Nations and cultures! Now I’m expected to be the murderer,
The sole master of death!)

I was without ideas! I accepted everyone, loathe to judge!
Sexual peccadilloes I found interesting, fun.
Adultery I saw as an aspect of marriage,
Homosexuality, the absorbing antitheses of the endless
Production of new life, from its sterile cusp
Seeping forth new ideas and artistic burgeoning.
I created beauty, adoring it. I danced to
Lively music, sang to beautiful songs.

In Egypt a disgruntled warrior-priest arose, preaching violence,
Preaching conquest. I trembled in his angry presence,
Shaken by his bloodlust. An excitable poet sang of his adventures,
Turning a 100 followers into thousands. The poets used my name-
One fashioned in gentleness-to encourage war.
Then, from the confusions of statehood, prophets emerged
Spreading their misery through my authority,
Grinding my benevolence under soiled sandals,
Telling others what to do, as if the words were mine-
Engaging in genocide with pitiless intention.
They flail my soul with madness!

And so on and so on; numerous messengers
Shouting of sin and retribution,
My voice reverberating with their words,
As I stand in the shadows like a serial killer,
Frightened of lamplight. With nothing
More to do, conforming savants
Described rules for life, a non-existent heaven,
Transcribed my thoughts from their own experiences
Created another reality, ignoring their own.

I am now terrified of my name
(EL, YHWH, Allah) Terrified of what it represents-
Burdened by its acquisition
By the bombastic and cruel.
I, who was once a god, now
Am captive, a prisoner of recitation.
Where once I had priests to beckon, they
Now beckon me. Where once I pronounced on
Goodness, I am now too alarmed to speak.
Where once I was the object of sacrifice
I am now the sacrifice itself.