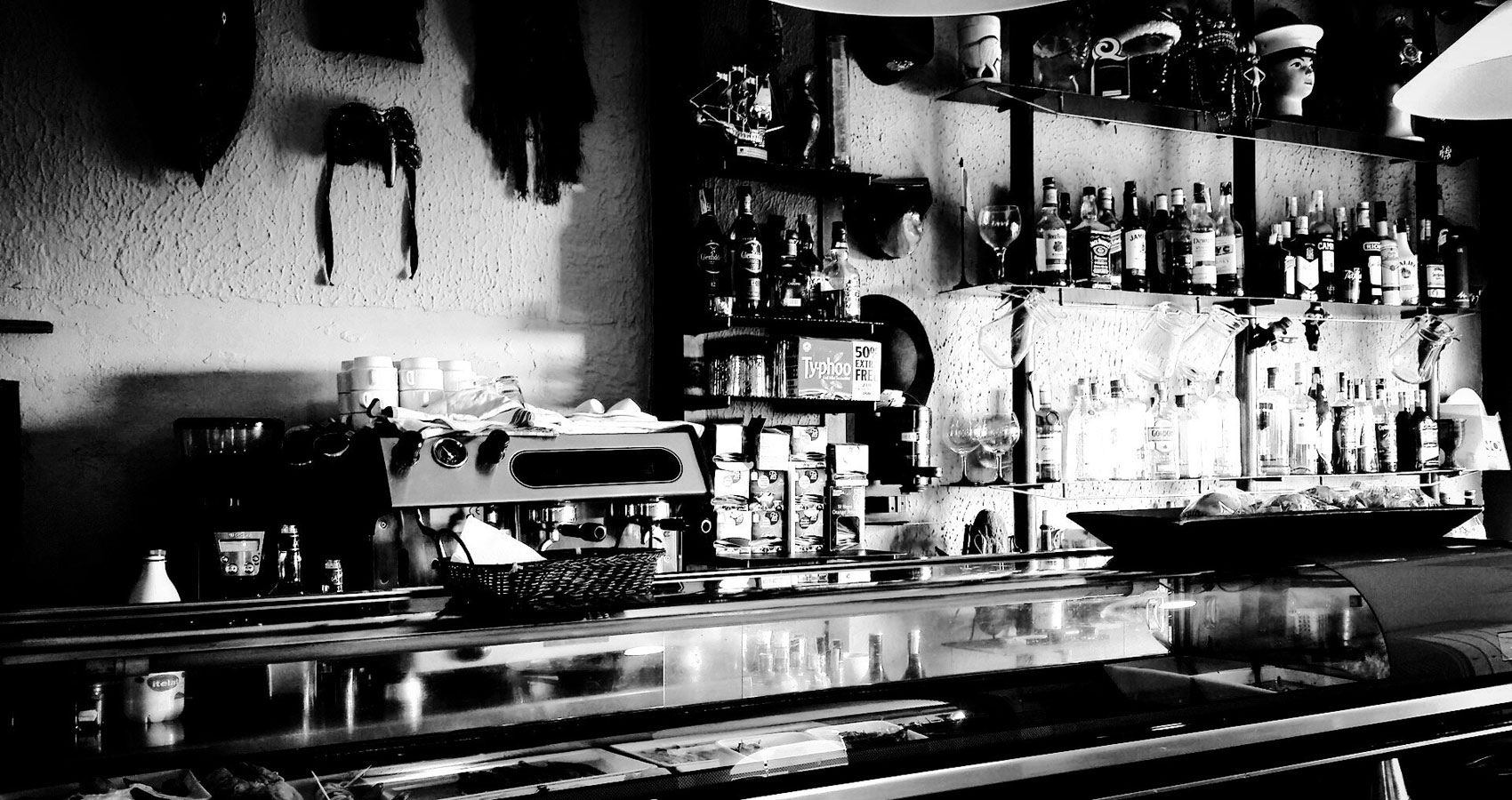 My uncle walked into a bar. It was no big thing. The bigger thing would have been if he walked past the bar. Uncle Joe wasn’t an alcoholic, but he said his best friends were Jack Daniels and Johnnie Walker.

Joe used to go to what you’d call working-class bars. Dark, smoky and filled with guys who were there to drink. Food, if available, was of a grill somewhere and could be eaten without slowing the flow. There were a few booths, but you rarely saw anyone in them. Of course, the TV was on a local sports game. Guys at the bar would stare at the screen, but it didn’t look like they were watching. They were avoiding talking. Usually, there was a sign that said, “No politics.”

I loved those places. When I visited Uncle Joe and my Aunt he would tell her, “We’re going for ice cream” and off we would go. He didn’t lie. First, we would stop by the newspaper place (that all I knew it as) and he would buy me a couple of comic books (before they became graphic novels) and a packet of cigarettes for himself (Camels, no filter). Then we would go to an ice cream parlor and he would buy me the biggest ice cream I wanted … to go. Then we would go to the bar. He’d plant me in a booth with my comics and ice cream and take his place at the bar.

“Now you tell me if you go anyplace or are getting bored, Okay?”

Some of the places had waitresses who would come over and pinch my cheek or make sure I didn’t need anything. They all seemed to be blonde with lots of make-up and smelled of a mix of smoke, beer and a cologne that struggled to overwhelm the other two smells. Otherwise, it was me, my ice cream and my comics.

When I was done, I’d tell Uncle Joe. He’d say “Ok, Kid”, pay his bill, grab his cigarettes and we’d go. If the weather was nice, we’d stop by a park where he would tell me, “Go play” before taking a seat and a nap on the bench. When he woke up, we would go.

As we walked back up to where he lived, he’d ask, “You have fun?” which I always said yes.

“Hell yeah is right, but don’t be cursing in front of her neither or we’ll both catch hell.”

After Joe died, (the Camels finally got him), I used to write my Aunt to make sure she was okay and to let her know how I was doing. Right before she died, which was thirty years after Uncle Joe, she wrote to me.

“Dear Jim,
You know, your Uncle always loved you. He looked forward to those weekends ‘His Guy’ would be visiting. And I knew you guys went to the bar. That was my secret.
Aunt Henny.”