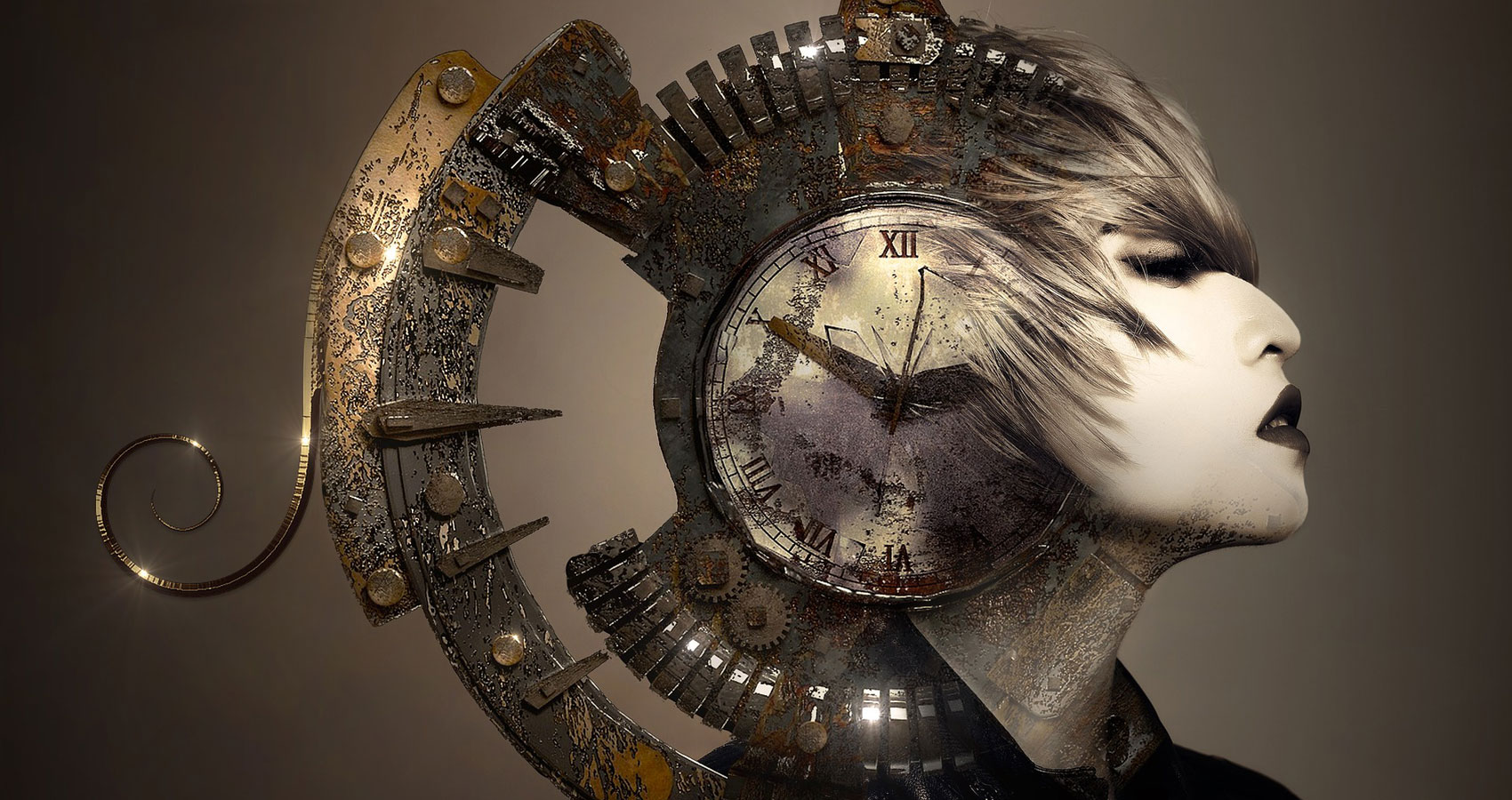 How Can Dreams Be Categorised As Transcendental Idealism?

How Can Dreams Be Categorised As Transcendental Idealism?

This paper focusses on my published book, Moirae. In this, I discuss dreams in the light of Kant’s doctrine of transcendental idealism. From the outset, it should be noted that Kant’s doctrine of transcendental idealism means how an object “appears” in internal thoughts and the subsequent projection or representation of it. The representation is opposed to the objects’ “microscopic” image or what it actually is: “as is”. Kant exemplifies this with a phenomena taken from nature, e.g., the rainbow.

To make this complex doctrine more understandable, he distinguishes between transcendental realism and transcendental idealism. For instance, “the empirical “rainbow in itself” is a collection of water droplets with particular sizes and shapes and spatial relations, while the empirical “rainbow appearance” is the colorful band we see in the sky. The empirical thing in itself corresponds roughly to Lockean primary qualities, while the empirical appearance corresponds roughly to its secondary qualities. For Kant’s own comparison of his idealism to that Lockean distinction see Prolegomena (Ak. 4:289); Allais (2007) is a sophisticated discussion of Kant’s secondary quality analogy.)”

In the context of this premise, and in reference to my book, Moirae, I discuss dreams. How can dreams be categorised as transcendental idealism? Moirae is a dream allegory written in a stream of consciousness style of writing. Reading Moirae, some reviewers have commented that they readily enter in somebody else’s dream. It is not written in grammar, rather littered with many awkward phrases. Central to this discussion, is this character, a young teen-age girl by the name of Nalia. She is born in a village of an imaginary world with two moons, namely, The Lost Winds. Her dreams are the focus of this discussion.

The images which appear in her dreams are often chaotic, disjointed, and scattered. The language or the expressions used in the book maintain consistently an ungrammatical pattern emerging seamlessly in her dreams. Images of death and persecution become rampant in a politically unstable world of her mind. The book creates an atmosphere of the mind, a rarity. What appears in her mind, alone, is a world not linguistically or structurally sound, rather a different world where emergence of awkward phrases and multi-dimensional PoV occur, which explains, “otherness” or an existence of “another.” If we were to take from Kant’s example, the droplets as transcendental reality, and the rainbow as transcendental idealism; droplets translated in the image of a rainbow in the mind, then what Nalia dreams maybe categorised as “appearances” of an image notably existing in a different form of a hyper-reality or transcendental reality of Kant’s definition.

By definition, dreams are an internal construct, just as thoughts are in awakening. Nalia’s dreams contain realistic images, like the cinemas in the mind, which I deem as “appearance”. I choose the word “realistic,” here to make a distinction between sleeping and wakefulness. But what I actually mean is this that the dream in itself is a kind of wakefulness, for as long as the subject/dreamer doesn’t know that she dreams. At any given time, dreams can become a spontaneous and external representation of a hyper reality.

Which brings us to the moot question; what is it that makes Nalia’s wavering dreams/images as something pertaining to transcendental idealism? In the context of the rainbow example above, I would like to suggest that Nalia’s dreaming is in fact her “appearance,” or presumptive representation of a transcendental reality of external objects residing independently in time and space out there, or “as is” under a microscopic scrutiny.

Through this state of her dreaming, objects often “appear,” as persecution and death, chaos and confusion of a highly unstable community, but in a different form. We don’t know what these would look like in transcendental reality. But in her dream line they appear as disjointed images of torture, and killing, dying in the sea, wondering the world as a refugee. Not a pleasant picture. This confused state is further highlighted by the stream of consciousness style of writing, in which linguistics play a pivotal role.

Now let’s analyse the linguistics first; the syntax and the semantics that emerge in her dreams. How can these be incorporated within the definition of transcendental idealism? The language that she views in her dreams, and taken from one of many awkward phrases in her dreaming, Nalia sees her brother MD, inclining his head to respond to his landlady’s call, Angella, in the new land known as the Draviland. Nalia does not see this as it actually is, but in a different format which is incorrect perhaps, but also “different or the other.” That act of “leaning,” she sees it as “inclining from his position.” In the narrator’s description, “MD asked inclining from his position,” as he answers to Angella’s question in broken Kroll language, spoken in that country. The word, “leaning,” would have sufficed semantically and justifiably too, but to her, “leaning” “appears” as “inclining from his position,” when in fact, he was inclining his head. While inclining of the head, should have been the syntactically a correct choice, but those linguistic properties would have to be properties of a transcendental reality. Hence, the narrator, pens down the awkward phrases as they appear in the dream.

Another example of this chaotic disturbance is noted in the construction of the points of views or the PoV, where a discernible clash of multilevel PoV occurs. Even in Nalia’s her wildest dreams, given her rural upbringing and level of exposure, she could never imagine about Shakespeare, the laws of physics or the Greek tragedies. But they emerge seamlessly in her dreams, nonetheless, not in her voice but in the voice of the “other”. How do we explain this? How do we explain the many-fold voices appearing in her head? Dreams can make anything possible. The only possible way, it maybe inferred is if there an outer reality, and that this dream manifests itself into transcendental idealism; the dream reality is eluding and so is transcendental idealism. Why do we see the rainbow, and not the droplets? Perhaps, because this is how our brain processes information. At the time of her dreaming, this is how Nalia’s brain processes this information that she were to dream of “other” voices, quoting Shakespeare and Homer, and in this “otherness,” voices “appear” in her head, pertaining to some hyper-reality of existence.

Although these multilevel PoVs, appear incognisance, insofar as Nalia is concerned, but the narrator understands them and makes a note of it. Her dream hinging on transcendental idealism, images “appear” or “represent” themselves as “not as is,”  but as multi-facet switch of a PoV, when “as is” of a hyper reality would have to be something quite different.

Furthermore, in this construct of transcendental idealism, it justifies my use of the device, the stream-of-consciousness, in order to preserve the integrity of an other worldly, “appearance and representation.” Thoughts as confused and chaotic as they are, her visions of the war and persecution, are floating images of another reality which appears like this in her mind as the band of rainbow would, instead of its essential properties of droplets and so on that the actual rainbow is made up of. If say, for instance, the actual war is the transcendental reality, then the resultant effects of that brutality of human condition in the mind is that image of transcendental idealism playing up in her dreams. In a way, the properties of the war or the brutality are foreshadowed by this transcendental idealism of permeated images of a dream, as they “appear” in the mind and “represented” subsequently like the rainbow if you like, to the reader on the outer.

The book ends with the creation of a Shingdi; in her continuous dreaming, an ideal world appears in her mind, which hinges on her village from transcendental or a hyper-reality, but this appearance of Shingdi, of the dream is not anything like her village actually is, but one that of a Utopia.

NOTE FROM THE AUTHOR:
An analysis of dreams from my published book Moirae in relation to Kant’s doctrine of transcendental idealism vs transcendental realism.