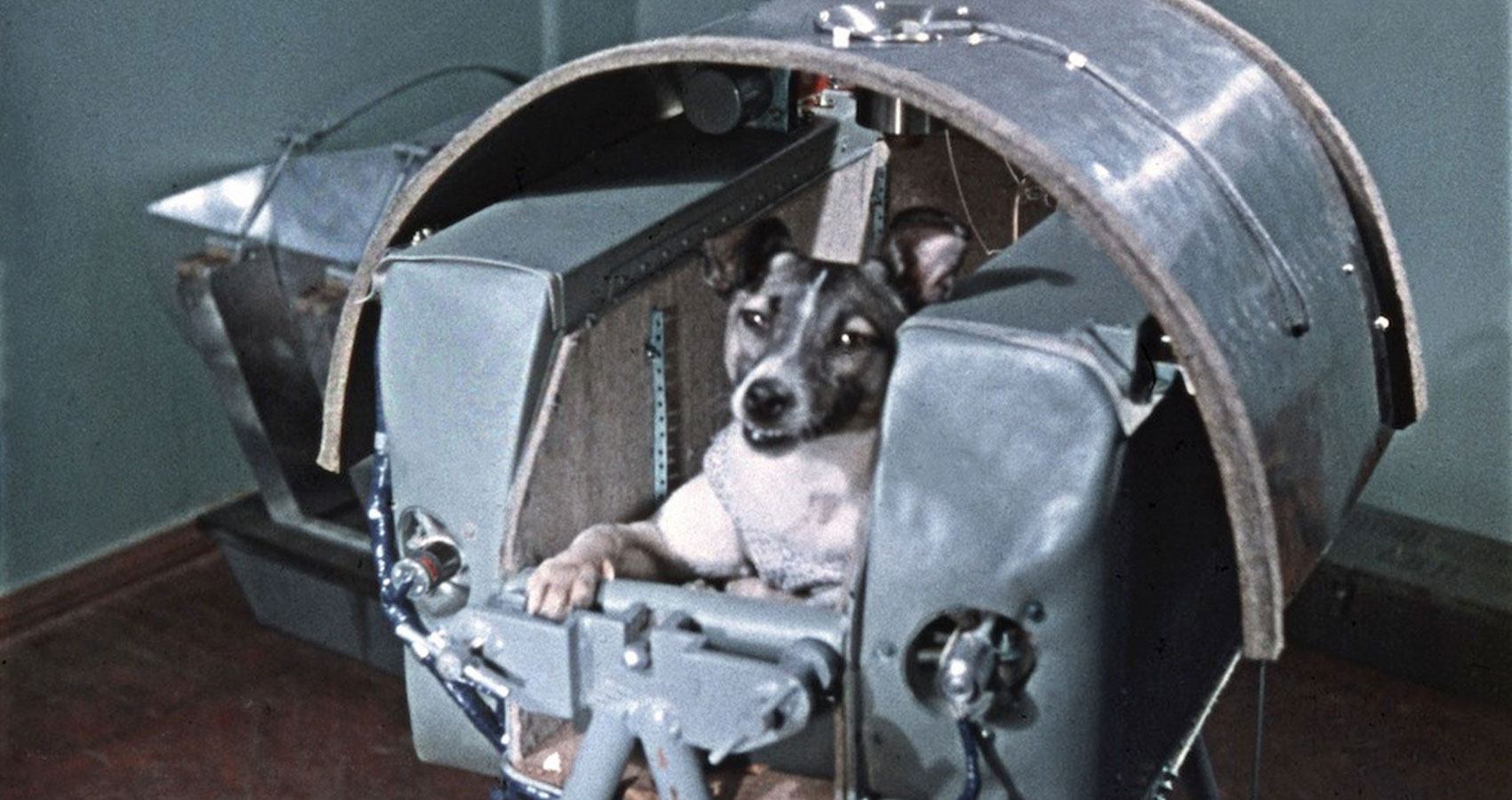 I Was Named Laika

I Was Named Laika

“I was roaming the streets this morning as usual. After nearly 2 hours of search, I finally found a piece of hamburger. But, I wasn’t the only one. Two other dogs saw me too. They started barking and ran towards me. I decided not to leave it as I found it first. I stood there and grinned at them. A brawl was about to begin. That’s when they came. Three to four men came running towards me. I started running. The other two too. We kept running. But they caught up with us soon. They got us in their collars and put us all in a cage inside the van. It was all dark till they opened the doors again. The place was like something I had never seen before. The men who captured us returned with a man in a long, white coat. They spoke something and at last the man in the coat nodded. There was a smile on his face. I thought our troubles were over but I didn’t know that they had just begun. They fed us but I didn’t like the food. I didn’t know about the others but I could say from their faces their opinion was much the same. They gave us collars and named us too. The other two dogs were named Albina and Mushka. I was named Laika. For the first few days they fed us well and gave us some training. I learned to sit and stand on their command. In those days we were together. But, after a few days, we got separated. They started to lock me up in smaller cages. I couldn’t move much. Day by day, the cages became smaller. I couldn’t move at all. Last time they kept me locked up for 20 days with very little food. I couldn’t even shit. They then gave me something to help but it took a few more days. Then they put me in something and strapped me to it. It started to rotate. Slowly its speed increased. I couldn’t even stand after that. They did that to me daily. They had other ways to torture me too. Then, one day I saw Albina again. I asked about her and came to know she received no different treatment than me. They dragged her as I was talking to her and put her into something that looked like white tower. I couldn’t see anymore as my trainer dragged me and put me back in one of those torture machines. One day I saw Mushka too. She too has been given the same treatment as us. After a few days, I saw Albina. She said she had a strange experience. They had put her in a small room like the place they kept us but she had some light. She said after some time it became dark outside and she felt weightless. Then, in a few minutes everything became normal and they took her out. But I assure you she seemed very frightened. I think she will never be the same as she was once. Days passed in the torture machines. Then one day they took me to the same place I once met Albina. They then put something on my head like a fishbowl and put me in one of those white towers. They all seemed to be restless. But I would say I was more restless than all of them together. I concluded they were going to do the same to me they did to Albina. But nothing happened, not at least for three days, I think. It was cold, freezing cold. But nobody seemed to be bothered about me. Then at last, the tower started to move. Fear gripped me. My heart beat fast. I couldn’t help it. The tower kept on moving. The buildings became smaller and smaller and at last everything shrunk into a blue ball with some patches. It was surrounded by something dark. Suddenly, it became hot. I thought it would be good soon. But, it only got worse. The heat rose. My skin started to burn. I tried to scratch it away but it didn’t do any good. My panting couldn’t help reduce the heat. My sweat became blood. Suddenly, the tower stopped moving up and stopped for a moment. Then, it started to fall down. I thought, I would be home soon and my pain and worries would end. I came past the clouds. The place I was heading was full of water. I thought, how was I going to swim all the way back and also I didn’t know the way. I also thought I could be free again. But, all of a sudden, the tower started trembling and soon it was blown to pieces. Not only the tower, me too. The last thing I did was bark. I think that’s why I was named Laika…”