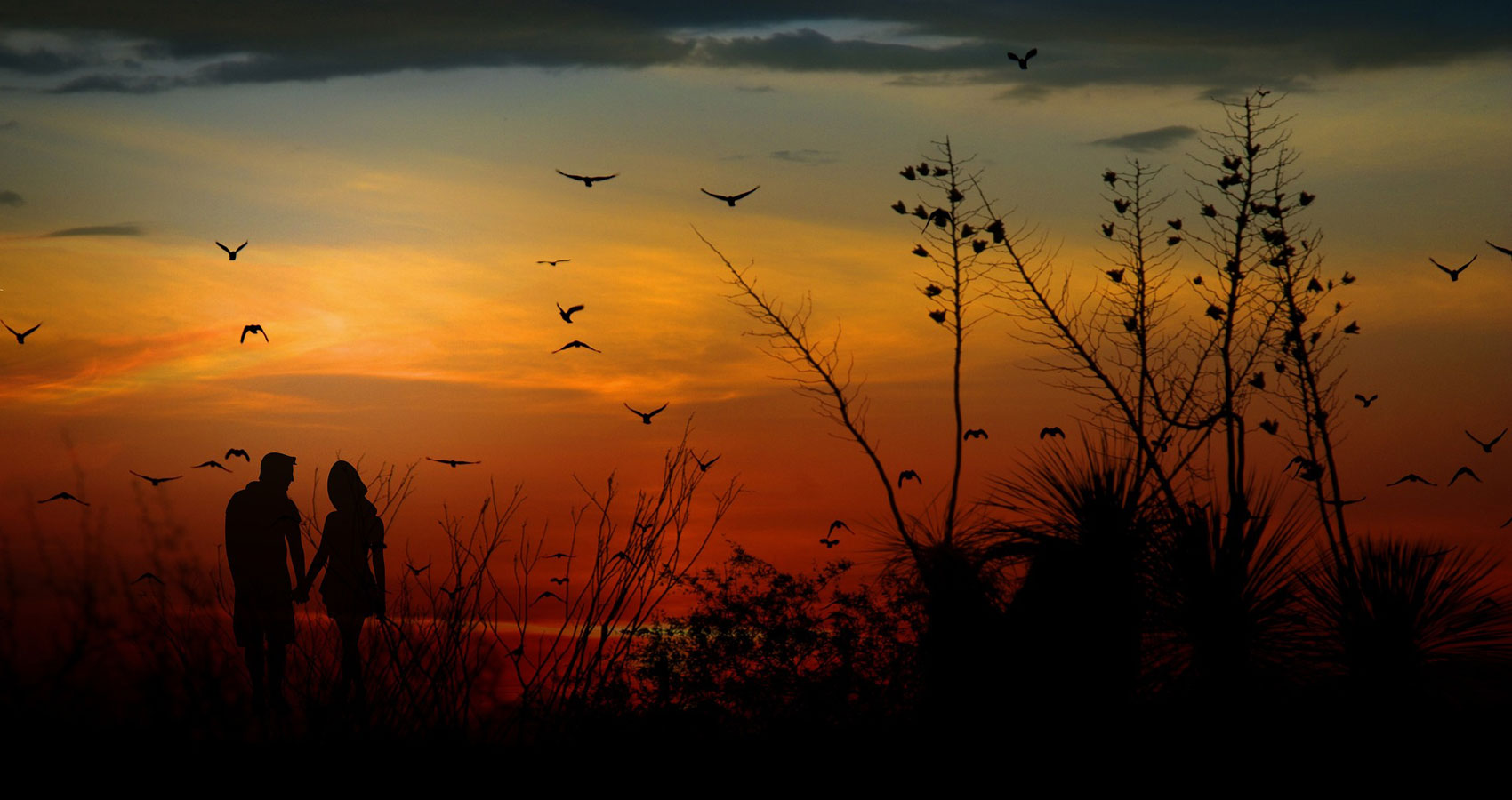 when the cruel cut of fate a yawning chasm created,
yet could not equal the loudness of the scream
the pain in my heart rent,
his own sorrow he cast aside
so he could soothe my burning tears to calm,
his peace, so therapeutic in my healing,
That reassuring embrace, tight in its affection,
is that what love is?

society’s distorted gender bias notwithstanding,
when he fed my hungry soul, comforted me to sleep,
pampered me spoilt,
‘twas my mother long deceased
and like her, also had
a strict word for my incorrigibility,
That tender kiss on my forehead,
is that what love is?

amidst the flurry of faults flung
and the rising of red rage,
an amused smile is all he gives in his ever-unflustered style
and brushes aside,
as he has done a million times before
the tearful apology i whimper
That understanding imbued in his eyes,
is that what love is?

unfriended and unloved,
because there was nothing lovable about me,
a dark shadow of myself,
as i struggled to stand
in a world i had thought was mine,
but there he was beside me with pride
That firm arm around my shoulder, his wife,
is that what love is?

Vidya Shankar is a poet, writer, blogger, motivational speaker, English language teacher, instructional designer, content developer, and yoga enthusiast. An active member of poetry circles, her work has appeared in national and international literary platforms and anthologies. Awarded 'Star Poet' by Storizen Magazine, she has played a major role in the release of Madras Hues Myriad Views anthology. Her first book of poems The Flautist of Brindaranyam, is a collaborative effort with her photographer husband, Shankar Ramakrishnan. Herself a ‘book’ at the Human Library, Vidya Shankar lives a life of purpose by using the power of words, both written and spoken, to create awareness about environmental and social issues, mental health and the need to break the shackles of an outdated society.