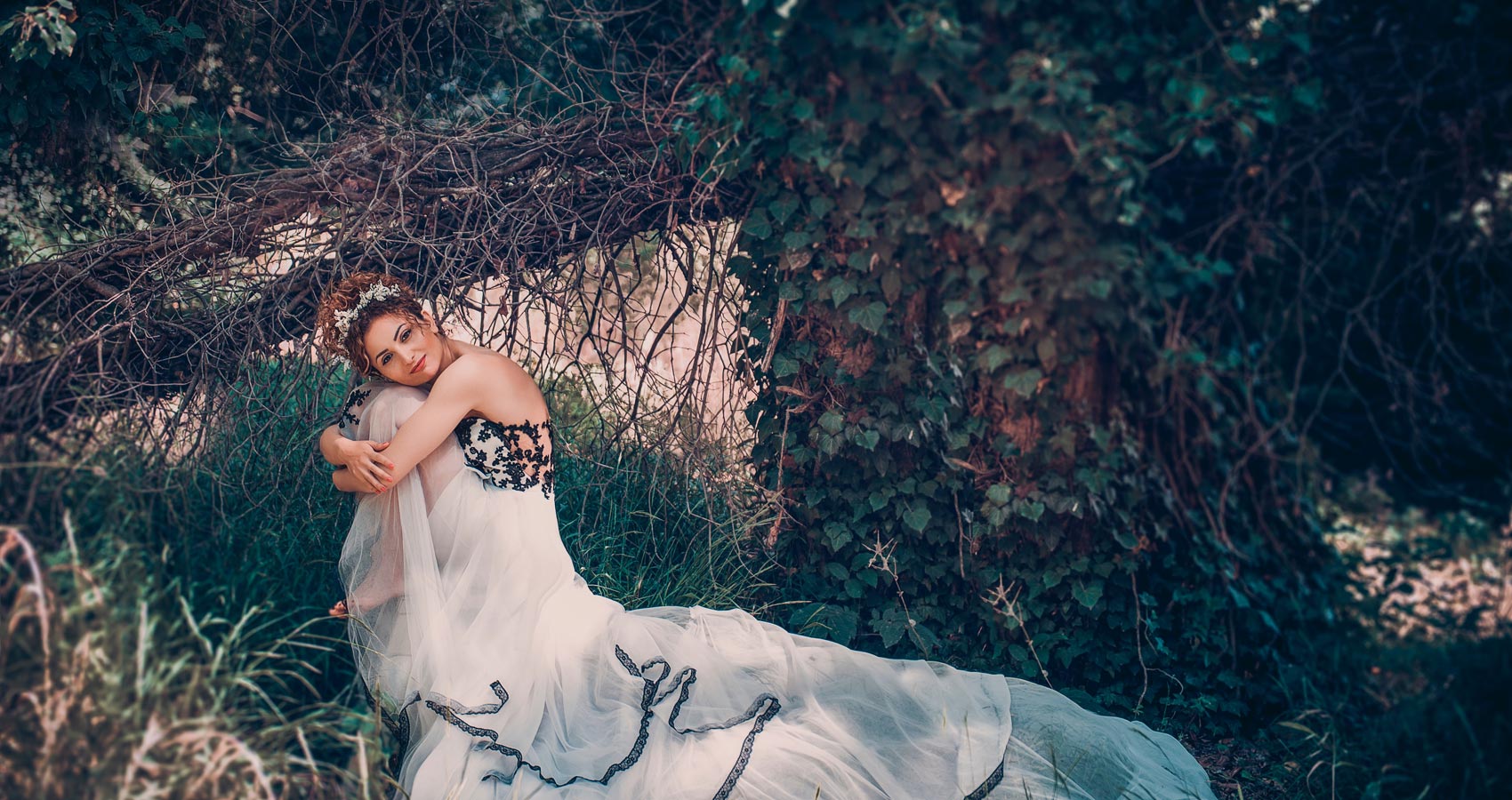 Miss Maven and The Raven

Miss Maven and The Raven

Sweet Maven was handsome,
and worth a King’s ransom,
but headstrong and haughty was she.
She spurned all her suitors
and mastered her tutors
in matters of lore and Faerie.

Now, her father and mother
and soldierly brother
were vexed with her contrary ways.
And they thought if they let her
alone, t’would be better,
to do what she willed with her days.

In a willow she fashioned,
with whimsical passion,
a cradle of moss for herself.
And, in comfort exceeding,
she took to her reading
of the land of the Fairy and Elf.

But too long did she tarry,
alone and unwary,
and the treacherous moon cast a spell.
In her mesmeric sleeping,
the darkness came creeping,
and followed her down to the dell.

Maven woke to a flapping
and a curious tapping,
and in the moon’s glow she could see
with an aspect malignant,
and blackest of pigment,
a raven had perched on her knee.

The willow was creaking
when the bird began speaking
with a sweet and a buttery tongue.
And he sang all her praises
and told her of places
in want of a princess so young.

His Maven, said he,
as a Queen she would be,
and the people would bow at her feet.
(As he spoke, she came near.
She had lost all her fear,
and his flattering spell was complete.)

So she bent down to listen,
and her wild eyes would glisten,
but an ugliness came to her face.
And what once was so merry
and bright as a fairy
A countenance grim did replace.

‘Twas a sight to behold,
for she’d grown very old,
like a visage had come from the tomb.
But the Raven, he rendered
a spell that would send her
to the land of bewitchery’s broom!