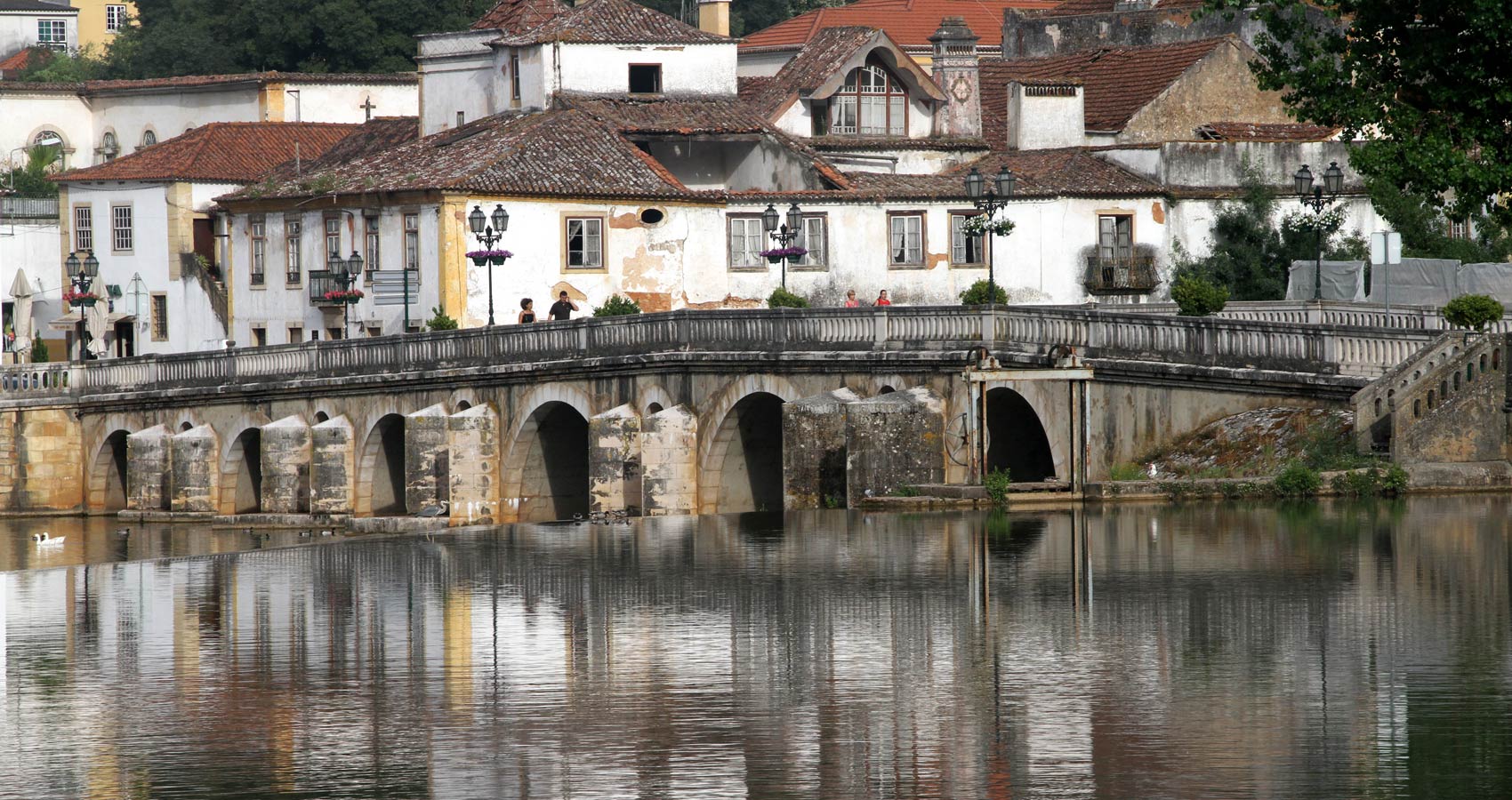 The Nabao river travels fast through Tomar
Leaping over concrete weirs and
Breaking away from the town at a sprint.
At Santa Cita the carnivorous foliage wraps it up
In green vines, branches curved like many comforting arms
Nursing life,
The river an accelerating lapis lazuli themed shadow tapping
At tree trunks.

Senor Jose walked out each evening
To stare at the stars, seen clearly in
The darkening Santarem sky. There he stayed
The river beneath his feet
Looking for his children. Each had disappeared
Like warm days in winter, but never
To return: borne south by ambition.
Childhood could be replicated
But not repeated he thought. For each of us
Childhood is another land frozen forever
In film and mobile phones. It is a country
Visited once.

At times he envied his wife
Drowning in dementia, her memories
Licked away like cream. He envied her
Escape from failure, but not her loss of happy
Times; gliding in pairs in the Festas dos Tabuleiros
She bearing on her head a tray
Staked up with bread decorated with flowers
And above the Cross of Christ. He’d delicately,
In deepest love, touch her hand.
Feathery linen frills, peasant dress, supported and embroidered
By sunlight: the bull fights where
As of old they celebrated the power and courage
Of snorting bulls. Old, brave, and enterprising
Portugal celebrated with smiles from
Moorish features.

Where the light melted into dusk
Lay the land he farmed, its large chunks of
Brown earth gathered like rusting bombs,
Its harvest like a banquet for tired gods.
Here his family had given their genes
Fathers and mothers had created a thousand
Generations that tilled and fed the ground
With their bodies. This ground was as much
Them as they were it.

He turned towards home
Exulting in the pristine mountain air
Forgiving his children everything, except,
Of course, their abandonment of their ancestral
Soil. The soil of his fathers, if not theirs.