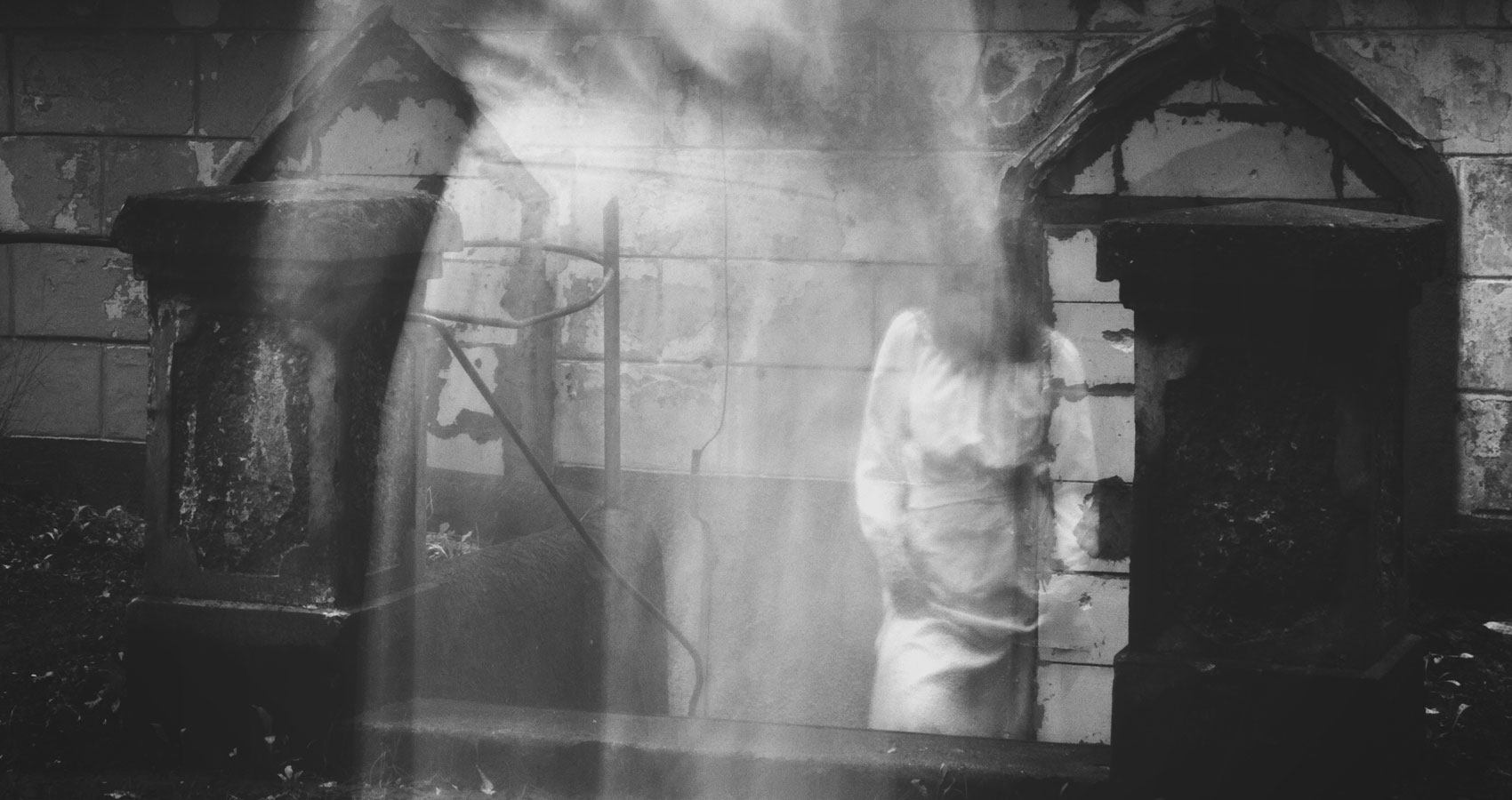 For years, Tim had the visions
Seeing things that no one could
If he spoke of them, he’s crazy
He kept quiet, like he should
Just normal, little, visions
Of people who were dead
Just wandering in places
He knew weren’t in his head

It started on vacation
He saw the “grey lady” in a room
At first, he thought the lighting
made what he saw there in the gloom
But, later, in his bedroom
while reading pamphlets on the place
she appeared there in his bedroom
But, he couldn’t see her face

He kept his little secret
Not telling people she was there
She was mentioned by no others
So, he didn’t really care
An undigested bit of beef
A piece of moldy bread
Like Dicken’s Scrooge before him
She wasn’t real, because she’s dead

While still on his vacation
He saw two more, this time more clear
He saw one upon a staircase
And the other, much more near
They never interacted
Didn’t know that he could see
But, he wondered “why could no other”
“see them ‘cept for me?”

Two years had passed, he was at home
He was living on the coast
When one day he saw the woman
And he knew she was a ghost
The house was large, and gothic
With a widow’s walk on top
It was there he saw the woman
He shut his eyes to make it stop

She walked upon the rooftop
Looking out over the waves
Her dog was there beside her
Looking for someone to save
He walked away in silence
Turned to look, she was not there
He knew better than to think that
It was a trick of light and air

Turns out the spirit walker
Lost her husband in a wreck
He was a whaler, up in Portsmouth
He drowned and broke his neck
A wave came out of nowhere
Sank his boat, “The Lucky Hoof”
Now, his widow walks and watches
She is a fixture on the roof

He’s seen children in the bushes
Not quite sure if they were real
But, could he talk about his visions?
His dark secret to reveal
They never seemed to notice
That he saw them, they just were
So he’d watch them and he’d listen
Till the day that he saw her

She was sitting in the corner
Of a restaurant, alone one night
But as he watched a little closer
He saw no shadow from the light
She sat alone in silence
No one ventured where she sat
She was dressed in twenties clothing
A classy dress and flapper hat

Two nights went by, he saw her
Sitting exactly as before
When he asked about the table
He saw the table was no more
He had to find this woman
find out why she showed up here
He would investigate the building
But, first he’d have a beer

Turns out her name was Maisy
At least that’s what he found out
She went missing from the building
Of this there was no doubt
No one knew which way she travelled
No one ever saw her go
But, the stories, oh the stories
Maisy, turns up…don’t you know

The corner with the table
Was just a bricked up wall, that’s all
It was constructed when she left here
By the old owner Joe Paul
There never was a reason
For the wall, it had no use
There could only be one reason
And I think you can deduce

Tim went to the new owner
Told him of Maisy and her tale
Told him of The Widow Hanker
And her husband and his whale
Was he crazy? or a mystic? crazy
The owner said “you are no clown”
And he said tonight at closing
The wall is coming down

They found dear Maisy waiting
In her dress and flapper hat
She was sitting at the table
She was dead, and that was that
The owner, shocked to silence
Stood and watched our mystic Tim
As he stood there while Maisy’s spirit
Left this world and passed through him

Tim still has the visions
Still sees the woman and her hound
Still watching for her husband
Tim knows he won’t be found
He knows which ones he’s needed
To investigate, set free
And the rest of all the spirits
Well, Tim knows what is meant to be