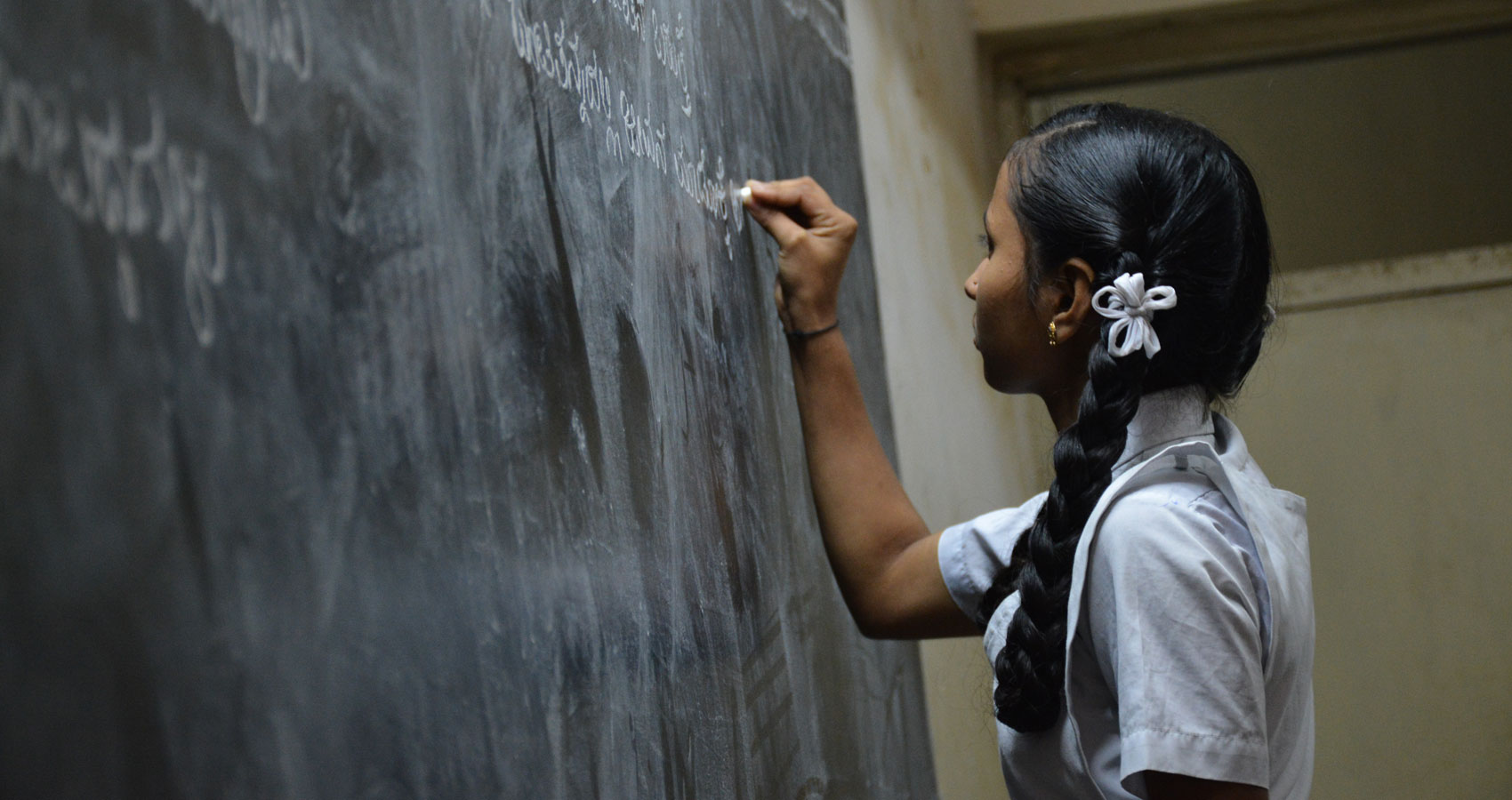 She and The Beast

She and The Beast

Seema was doing her homework but was not at all attentive at her studies. She was just looking at the clock and the thought of her private teacher Subhas Das’s arrival time is approaching made her terrified.

It wasn’t for his strictness but for his perverted attitude was Seema petrified this much. It was a shame that she could not even relate to any one of her friends.

A student of the sixth standard, Seema was a bright and beautiful girl. She was always in a happy and jovial mood. Being a single child, she enjoyed all the attention of her parents and was greatly pampered. Since she had no siblings, her mother was her true companion. She was Seema’s friend, philosopher, and guide. She used to discuss everything with her mom. But today she couldn’t go and open up her heart even to mummy.

Subhas, a man in his mid thirties had been appointed to coach Seema at her place. He used to come every evening. He was a stern disciplinarian and a great taskmaster. He used to teach Seema very well and she was greatly improving in her studies. All was going so well until yesterday, an incident changed the present scenario.

It was when Seema’s mom had gone to the local market, leaving her daughter in the safe custody of her private tutor. Only the cook was in the kitchen. Seema, as usual, was busy in her studies when Subhas asked her some absurd questions which were too embarrassing and Seema felt very shy. He drew pictures of girls lingerie and asked whether she wears them or not. When she didn’t answer, he slapped.

Seema started crying and wanted to go away, Subhas then comforted her and said that it’s a part of education and she should never discuss with anyone. He also said that if she tells anyone then he will punish her. He started fondling and molesting her to which Seema felt very uneasy and fled to the kitchen where the cook was and made some excuse to stay there. Subhas called out for her many times and then, at last, got up and went home. But before going wrote in her notebook that the next time he will have more fun and if she tells her parents no one will believe her.

Seema out of fear and disgust was so depressed that she couldn’t decide what the best thing to do was. Though she was a very young girl, she understood that whatever her teacher did to her was wrong and it’s he who should be punished.

Slowly she gathered herself and went to her best friend, her mother, and told her everything, each minute’s details. Upon hearing the entire episode Seema’s mother was shocked and at the same time very angry, and waited patiently till Subhas arrived.

The moment he entered the house Seema’s mom closed the door and slapped him tightly. She said that she knew of all the happenings. She insulted him by saying that if someone had done the same to his daughter, what would he have done. She abused him, asked him to immediately leave the house and threatened that if he is seen anywhere nearby, he will face bad consequences.

Subhas, the highly educated man with a great social reputation just gathered himself, with shame, his head down and with silence on his lips went out of the house. He was attacked all of sudden and so couldn’t cook up any stories.
Seema ran to her mother, heaved a sigh of relief and hugged her tightly.

Child molestation is a great social crime and many girls have gone through it. Just be brave, join hands and let’s fight against it.

Author || Editor || Publisher || Conference || Homemaker
Author of six books, editor of 35 anthologies, Founder of AABS PUBLISHING HOUSE KOLKATA, INDIA, Sunita has published some unique books in a span of a year. Receipient of several national and international awards of high distinction Nazi Naman | Indian Awaz | WNWU to name a few, she has attended many international conferences and literary festivals. Sunita has also been organising INTERNATIONAL CONFERENCE ON MULTI DISCIPLINARY RESEARCH, since 2018 and is all set for ICMDR MUMBAI Feb 2020.