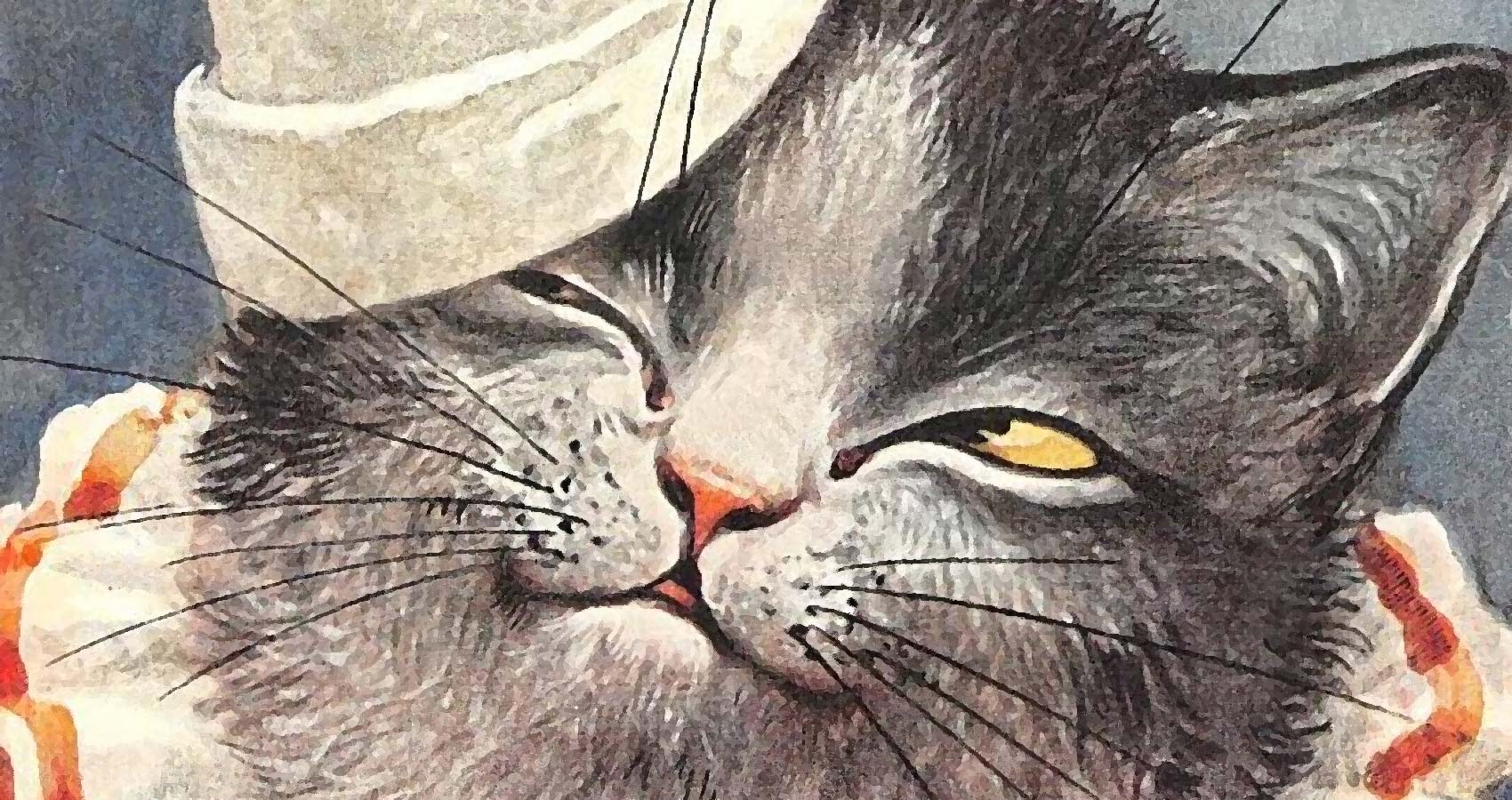 So, I have a friend called weird Nelly
she has a tattoo of a big black bat, on her belly
her favourite food is mouse tail jelly
and she travels around in just one welly

And so, Nelly has a boyfriend, his name is Clive
together they do a dance, it’s called the Jive
they bop around Nelly’s place from nine till five
bee bop a-loo-la, they’re stayin’ alive

And Clive lives in a big house, with a pet snake
it’s not a normal one, as it likes to eat cake
except every Friday though, it has a T-bone steak
and on Tuesday he puts trunks on, to go swimming in the lake

So, this snake had a friend, called Beryl the sheep
she sings lullabies to her lambs, so they can sleep
one of Beryl’s songs is ‘rolling in the deep’
and she loves to dress up, like little bo-beep (although she’s a sheep!)

Now Beryl has a husband, Benny the cat
Benny is flamboyant he has a big swish hat
he wears massive flares, that came from Gugerat
and he has swirly purple paper, all over his flat

So then, Benny works with Mildred, a huge and scaly CROC
they work in the superstore, just around the block
a cat and a crock? Putting out the stock?
head banging every day, to their favourite heavy rock

We know Mildred’s a croc, but she likes to eat cheese flan
she eats them every day as often as she can
she once had cheese flan curry, it came from Kazakhstan
and even cheese flan sushi, when on holiday in Japan

So, Mildred had a cousin, a tarantula from the Isle of Kos
he sunbathed all the time, like a hairy spider boss
and loved to be on stage and danced a mean old floss
he entertains on the beach some days, to a passing albatross

Now, the albatross called Bernard, liked mushrooms with his tea
he swooped around catching fish most days, from the Agean Sea
he loves fish and mushroom sandwiches, with a touch of squidgy brie
best of all though, with honey, supplied by Ginny the Bee

Ginny the Bee is a real sassy lass, a proper diva too
she likes to dress like Cardie B, with bling of silvery blue
strutting round town and rapping, sister lyrics new
a buzzin’ attitude, that’s too cool for me and you

Ginny hangs out with Hugo, a big black scary bat
they live near weird Nelly, in the garden of her flat
swooping and buzzing daily, terrorising the neighbour’s cat
as weird Nelly watches on…she gets a laugh from that!

So, you see, everyone is connected, no matter what they do
we all have names, are different shapes, and various species too
playing, laughing, loving, as a member of earth’s big crew
getting on living together, is what we should aim to do