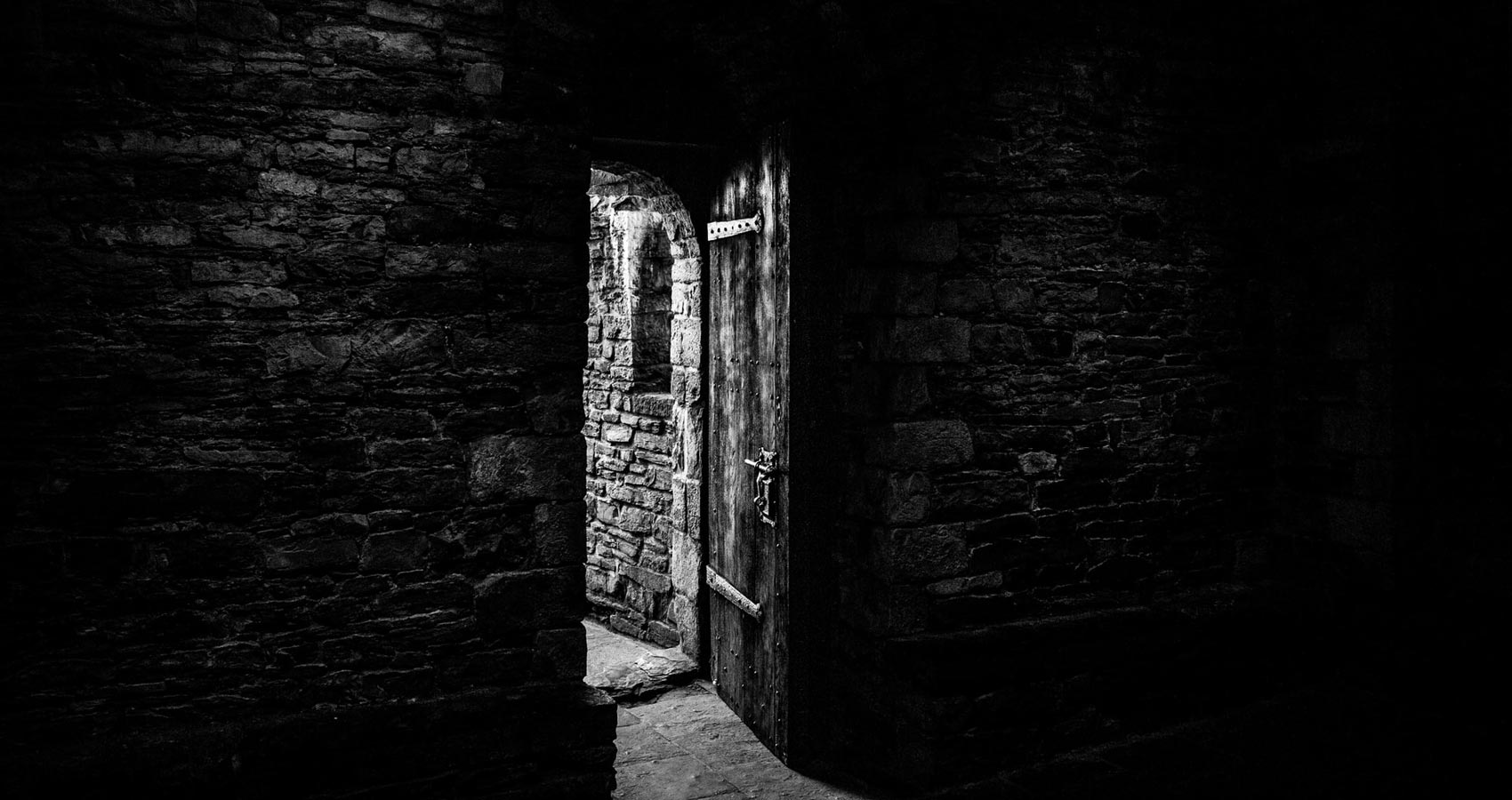 Small cell, light barely grazes its sides
Dark corners, to your right someone resides
Left corner shows traces of a would be toilet hole
And then you turn to your cell mate, his mind isn’t whole

Black straight hair, black like his eyes
No other features can be noticed other than lies
“Not the first or the last to be caught” he utters
“This new King censors talk, pointless matter”
“And what are you here for?” You ask in defiance
“Do you really care to hear about my sinful alliance?”

You sit down with nothing better to do
The candle flickers, the only light in your room
The cell door, a large wooden block
With just a mere hole where the food comes from

You sit down ready to hear this old man’s tales
Yet he speaks about a guild, about himself he fails
He tells you of a guild of brothers, hiding underneath the law
Where they survive with no rules, just a code of honor, a life raw

You learn about all kinds of specialists in that guild
One thing’s apparent none of them can feel guilt
One is the rogue, with a cowl, they hide in the alleys
Waiting for rich people to sin and cross the poverty valley.

Then there are the thieves, shadows in people’s homes
Those shadows at the edge of your visions are those that roam
Of course there are the assassins targeting dangerous people
Those are the officials that come close to uncovering this den of evil

Yet he tells you of a legend, a man like no other
A person who would blend in any crowd that’d gather
A person who could pick any lock with ease, pickpocket alone
A person so dangerous, he was enemy number 1 to the king’s world
Soulknife he is called for the brothers’ superstitious beliefs
They think he can store his soul in the cursed dagger he yields

His dagger described unlike any you’ve ever seen
Instead of straight it curved both ways, a malicious beam
Yet every time it was drawn a life was taken away
Every time it was drawn, Death won another game
And this dangerous man who even stole the king’s crown
He was searched for everywhere, his world would fall crashing down

Soulknife found himself hunted by every guard in town
No matter where he run they would try and corner him out
Leaping from roof to roof, entering a random house
A game where the cat is hunted by the mouse

Yet once they surrounded him in one single empty pub
They entered the building and there was nowhere to run
Yet he was never caught, they only found one gold coin
So he lives still, still suffering in this mortal toil

Captivated by soulknife’s story you did not notice the passage of time
The guard comes to bring you dinner, one plate, you ask about the other guy
The guard laughs and says he will not fall for such a simple trick
He says you’re alone in your cell without even a tick

Just a student trying to learn and explore the world one poem at a time. I usually write poems as a way to relax, I have been writing since I was a high school student but never really bothered to use any specific rhythm. I like to almost rhyme but not fully. Other than that I just enjoy writing poems because it gives me a different perspective of my mind.