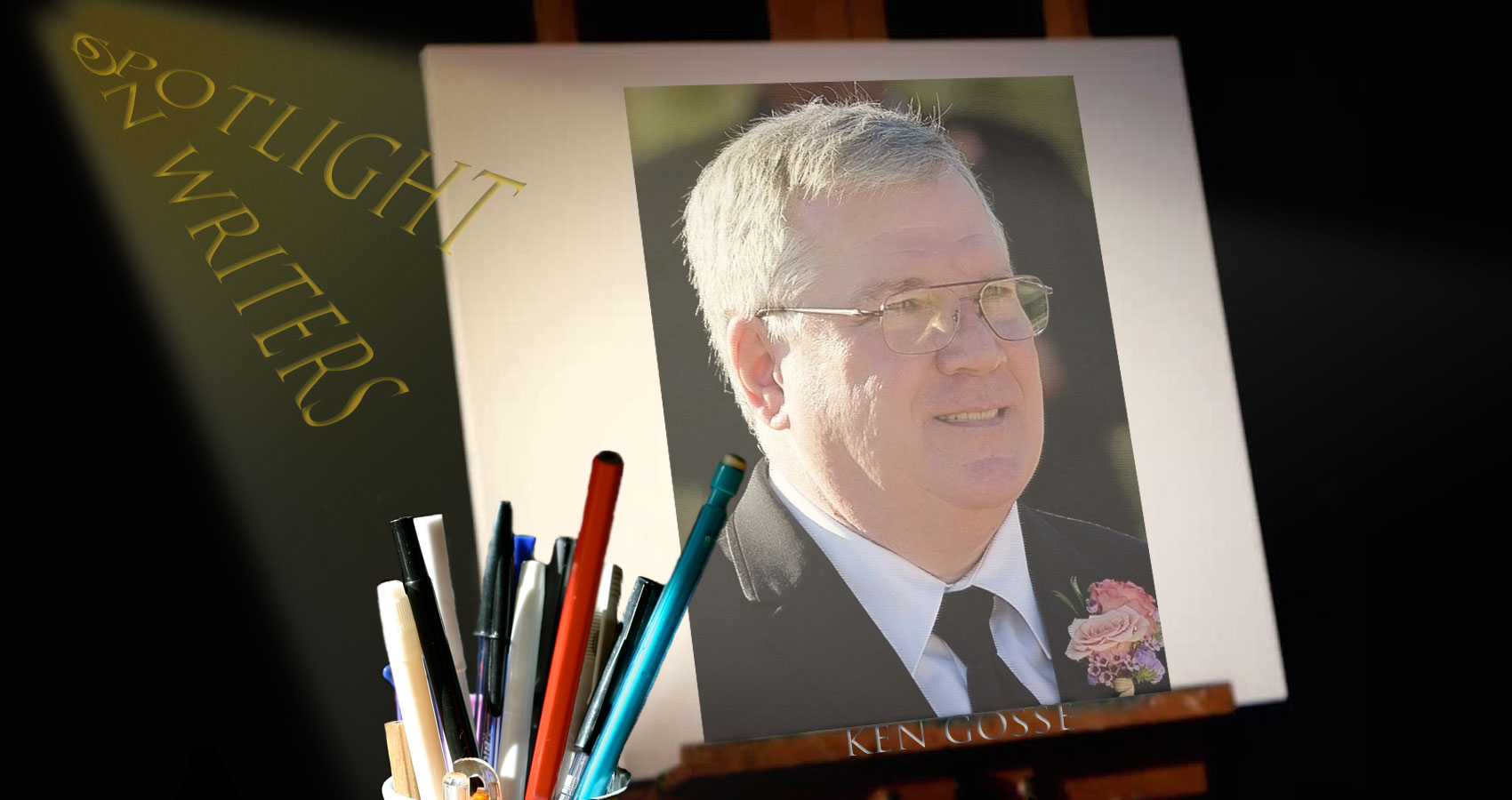 I spent my first twenty years in a western suburb of Chicago: Elmhurst. My hometown, where our folks raised my sister and me in a small, old house (which was a member of our family) across the street from our elementary school. A beautifully-treed city with many neighborhoods full of kids of every age who played together in their homes, yards, school playgrounds, and parks. Our neighborhood had a small barber shop like Mayberry’s, a soda fountain, a wooden-floored drug store and hardware store, and two small, family-owned grocery stores like Doby Gillis’ folks owned. Nostalgia galore.

Two of my favorite memories were playing in a very accomplished high school band and excelling on our gymnastics team, a sport that was new to me my freshman year. And a third, sophomore year—my first date, with a girl I met in band, who married me after college and is still with me.

Since then, we’ve lived in Indiana, San Antonio (while I spent a year in Korea), Oklahoma, Germany (three places in five years), ten years in Falls Church, VA (while I worked in D.C.), and the past twenty-five years in Mesa, AZ. I’ve always felt like a visitor as we’ve traveled, even here. The Phoenix area has a lot to offer, including some blazing-hot summers, but my favorites are no snow and warm winters.

Humor. I credit my dad for giving me a great sense of humor and Mom for appreciating his and mine. This is reflected in almost all my poetry, which, for the most part, is in the tradition of light verse.

Pondering may be my favorite word. It’s certainly one I’ve used a lot, particularly when writing about two of my favorite subjects, the walrus and the carpenter, borrowed from Lewis Carroll’s poem “The Walrus and the Carpenter” in his 1871 book, “Through the Looking-Glass, and What Alice Found There.”

Pondering, wandering, wondering, meandering, thoughts local or yonder, here or beyonder, some are fonder, some I’ll squander … As you can see, quite frequently, I wander as I ponder.

My writing doesn’t usually involve deep, soul-searching. It more often reflects wonderment at humorous elements of life, foibles of people, and oddities of the English language (the only one I know fluently). Examples of thoughts I’ve pondered are in my first published poem at First Literary Review-East, November 2016, “Ponderings of a Walrus on What Rhymes with Else?” Like many of my poems, it contains words which may or may not be original (sometimes I look them up, pondering whether they are) such as Arkanselse, caselse, himselse, nelse, and velse. Other words inspired by pondering with these friends are absenth, Carpenth, imprussion, phantoums, thesaulrus, and Walrussian (these play havoc with spill-chicken, so I usually turn it off until I’m ready to submit to a publisher). Well over 500 words and phrases currently. I suspect I’ll continue to ponder.

Peeves are irritations. Life overflows with irritations—if we allow things to irritate us. Some seem to be universal; others, unique to each of us. If we treat them as pets, they grow from silly pups prancing around, nipping at our heels, into a pack of snarling hyenas tearing our entrails. That’s when we strike out in anger and blame others for what we have chosen to despise, continue to feed, and have given control over our leash.

Consider a poem I wrote some ten years back, “Closer than Peeves in a Pod”:

The origin of the pet peeve, or so I’ve been told and believe; there once was an Adam who wanted a madam but got a rib-tickler named Eve.

This will peeve some folks because it’s a limerick; some because it contains rhyme; and some because it’s not displayed in a traditional form (I wrote it using five lines). Many despise any reference to religion and others will call this blasphemous! Peeves abound. Feed them at your own risk.

Sure, I have pet peeves. Probably more than I realize. When it comes to poetry, I’m bugged by ampersands which replace the word “and.” I also dislike many of the line breaks and irregular white spaces in free verse. They seem (to me) to interrupt rather than enhance the flow and meaning. That’s when I get the image of William Shatner ceasuriously narrating, inserting unwelcome – pauses at – irregular, irritating – intervals. Those are just a couple of the peeves I feed.

I almost forgot to mention slant, or near, rhyme. What I call rhyme-crime. I tend to let this peeve have its way.

Every time I hear near-rhyme
I shudder that some think it’s fine.

Humor, mostly. Also, a desire to be more which is helpful than hurtful to others. However, insecurity, anxiety, and depression have accompanied me since college and into retirement. Not at a dangerous level, but they’ve helped me not achieve any great height in a variety of careers. Perhaps they’re reasons I don’t delve deeply into myself in my writing. Humor has always been my mainstay and that’s what bubbles to the surface in most of my writing.

As for writing, although I tend toward verbosity, I rarely write prose or free verse and don’t have extensive knowledge of formal poetry. Imposter syndrome still causes me to refer to my writing as “fluff” or “verses” rather than poetry and to refer to myself as a writer rather than a poet. The fact that some thirty publishers have chosen to select over one hundred of my poems for publication online or in print encourages me to continue writing and submitting. Let me close with a thought which may encourage others to continue these pursuits: