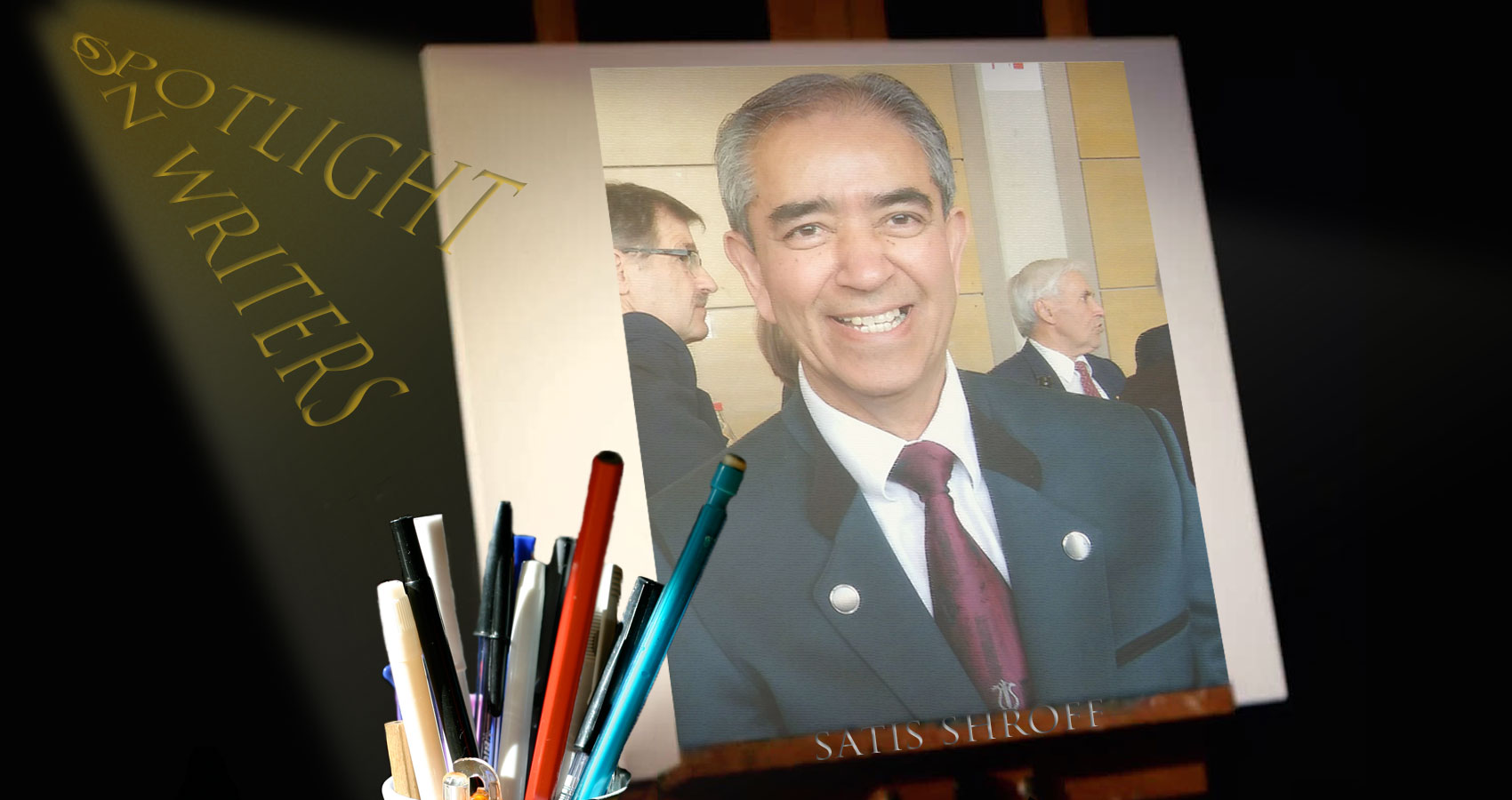 I hail from a geographically landlocked Himalayan country surrounded by blue Shiwaliks and Mahabharat mountains, where the people actually live. Having grown up in the foothills of the Himalayas, I was fascinated and awed by the change in colours of the majestic massifs in the different seasons and times of the day. I’ve witnessed magnificent Himalayan sunsets of the Kanchanzonga with peaks bearing names like: Janu,, Kabru, Dome, Talung, Kanchenzonga, Pandim and Jubonu. I was thrilled to the core by the beauty unfurling in front of me. The Kanchanzonga, my Hausberg, has always been a sacred mountain and on its feet are precious stones, salt, holy scriptures, healing plants and cereals. It is a thousand year belief and tradition that the Himalayas, the Abode of the Gods, should not be sullied by the feet of mortals.

The Himalayas are revered and have taught us to be resilient and to bear pain without complaining; to go with the times, to search for solutions and to keep our ideals high and not to forget our rich culture, tradition, religious and spiritual heritage.

The reality of Everest is something else.

I had another epiphany in the Gornegrat glacier area, with the Zermatt as the jewel in the crown of the Swiss Alpine peaks. In winter I regularly visited the North Sea isles of Sylt or Langeooge. I became a child, admiring the crustaceans on the shore, the sound of the wind and waves. In the Himalayas you also find crinoid fossils and Everest is made of calcium carbonate. So the sea and the mountains are interrelated. Both have always given me peace and tranquility. Home is not a specific place for me.

Home can be places: the place where I was born, the place where I grew up and went to school, Kathmandu where I studied science and worked as a journalist and Freiburg (Germany) where I studied further and worked. Home is where your heart is. It’s not a specific place for me because I have been on a journey and quest which took me 8,000 km away from by birthplace in the Himalayas. I left my inside world after school and went to Kathmandu, my first outside world, which in Nepali is ‘bahira.’ If you asked a Nepalese from the hills or flatlands, he or she’d invariably say ‘I’m going to Nepal.’ Nepal was Kathmandu and Kathmandu was Nepal. The world of the Shahs, Ranas, the education, foreign and home ministries, with all those neo-classical palaces, shrines, temples and pagodas. You couldn’t close your mouth. It was so awesome for a Nepalese from the hills.

The place called home remains in my memory because in the winter holidays we’d gather around the fire and my mom would tell us tales from the Bhagavad Gita, a luminous, priceless gem in the literary world, which taught us unity in diversity.

I now live in the outskirt of Freiburg and the Schwarzwald is right behind my backyard. I get visitors like deer, foxes, squirrels, songbirds of the Schwarzwald, owls and bats. Sometime a pair of storks from neighbouring Kirchgarten. The Black Forest evokes wonderful feelings of being connected with Nature:

Whistles, chirps, hoots
And melodious symphony,
A single bird gives the tact,
A strong monotonous chirp.
The others follow suit,
Not in unison
But still in harmony.

You notice so many melodies
When you eavesdrop,
In the beautiful symphony of the morning:
Adagio, crescendo,
It’s all there
For your fine ears.

I grew up in an area with tall pine trees and the smell of the pines in the foothills of the Himalayas and the sound of monks chanting their ‘om mane peme hum’ mantras. In writing home, I return to my country of origin time and again in my poems and carry the fate of my people to readers in the West by inventing metaphors and making them accessible to global readers through my poetry.

I hear the jhaurey song of the villagers in Kathmandu Valley in which they sing:

We Nepalese have gathered wisdom.
We throw away our money
And call hot water ‘tea.’

My main source of creativity has always been Nature, which we call Prakriti in Sanskrit: the Himalayan flora and fauna, the monsoon and the cold winters. And with winter comes hope of a beautiful awakening of Nature in Nepal and the Schwarzwald.

In joy and suffering always ready to sing a song. The choir members come from all walks of life: painters, masons, academicians, physicians, dentists, forest workers and it’s great to swap stories in a tavern after the singing is love. We talk about post-war times, of aches and pains and raise our glasses to celebrate someone’s birthday. There are stories, anecdotes, poems and lyrics everywhere. Living in the Dreisam Valley is so pleasant, a valley with pretty detached houses and picturesque Black Forest homesteads on green meadows and protected by blue mountains. And a reliable wind that cools the valley and is called the ‘Höllentäler,’ the wind from the Vale of Hell. On a clear day you can even see the Vosges of France. The symphony of the songbirds in the early morning hours turns me on creatively.

Is this not Heaven on Earth?
The lush green grass in the meadows,
Has long been cut,
The hay already stacked in the barn.
I gather Löwenzahn for our rabbits,
Tasty salad for humans,
A delight for hares and rabbits.

Frau Frutiker greets me warmly,
Offers Schwarzwälder specialities.
She plays the flute,
Her husband Clemens
The trumpet
At the Buchenbacher Musikverein.

In the Himalayas and the Alps the leaves remain green under the blanket of snow throughout the cold, frosty winter and when Spring comes you notice the flowers have flourished amazingly fast. In the Alps turn me on creatively, tall snowy peaks and the smell of the alpine flowers like white anemones, violet enzians, thorny pippau, the edelweiss, queen of the Alpine flowers, with its thick white petals, the Silberdistel and the Alpine rose. I think about Grindelwald and the walk down from the Zermatt to the valley below and muscle cramps in following day.

A walk along the North Sea shores of Sylt and Langeooge. I feel happiness and gratitude sweep over me.

Creativity brings me to Rainer Maria Rilke who advised a young poet thus: ‘Go into yourself. Find out the reason that commands you to write; see whether it has spread its roots into the very depths of your heart; confess to yourself whether you would have to die if you were forbidden to write.’

I find Karl Ove Knausgaard fascinating as a writer and his days of Creative Writing in Bergen, Norway. He writes about real people.

My favourite word is solitude and I love it when a French lady uses it or in a chanson. In German it’s Einsamkeit or also Abgelegenheit, literary expressions of loneliness.

O, solitude
Alone in my thoughts
In the woods,
Listening to the Schwarzwald streams,
Away from the crowds.
To make for the open spaces
And the heights of the Black Forest,
Alps, Vosges and Himalayas.
Serene and contented,
With small things in life:
Books and a room,
A simple life.

The fact that the neo-Nazis are on the rise again in Britain, Germany and are getting organized at the European level and nobody cares about it. Through the unification of West and East Germany the number of aggression and brutality against migrants have increased enormously. I sing in a men’s choir and every year on Volkstrauertag (Memorial Day) we sing and the local priest and mayor hold speeches on remembering the past, the Holocaust victims and expressing pleas for a better, peaceful world. It is an annual ritual but world peace is far away. The rightists are well-organised in Europe and have manoeuvred themselves, have infiltrated parliaments and work with clever lawyers. It is the task of the democratic elements in these societies to be on the guard and keep the dark, in this case brown, elements at bay, lest the past mayhem take place when innocent people were arrested, imprisoned in concentration camps because of their religion, political views and complexions. The nefarious deeds of the Third Reich are being repeated and politicians are turning a deaf ear by calling them ‘isolated instances.’ What really peeves me is that the rightists have made incursions into the institutions of modern Germany and the predominant society still has a ‘couldn’t care less’ attitude, and the rightists appear in courts and parliaments with the same non-chalance they had during the 1930s.

I would say compassion, kindness and love for Homo sapiens and the flora and fauna of this world and respect for Mother Earth (Prakriti). A smile to open hearts and inner resilience, the ability to keep trying despite the odds. Along the way I have embraced carpe diem and use my time for writing, singing (men’s choir) and art. At school I was taught punctuality is the politeness of princes. I don’t believe in Nepali time. This holds good for everyone who wants to take his or her career forwards. Keeping good habits and eliminating bad ones is always helpful in this long journey called life. In the past I’ve written about the revolution in Nepal, the Maoist takeover of the former kingdom, the ousting of the king and monarchy in Nepal, about remembering World Wars I and II, Stolpersteine in Freiburg’s cobbled streets, and the need to preserve our wildlife heritage through Wildlife Conservation.

The value of my poems and other writings will be decided by time. It is the story of migration from prose to poetry, and also an internal and external migration to the outer world. A migration from the myths and teachings of Hinduism, Buddhism and Shamanism of the Himalayas to a world of ‘abendliche Christianity,’ Greens, leftists and rightists and democrats of different shades. And the resulting need to create and extend a Culture of Remembering Germany’s hoary historical past which affected and inflicted so many nations in Europe, Africa and Asia. To learn not to make the same mistakes we made in history.