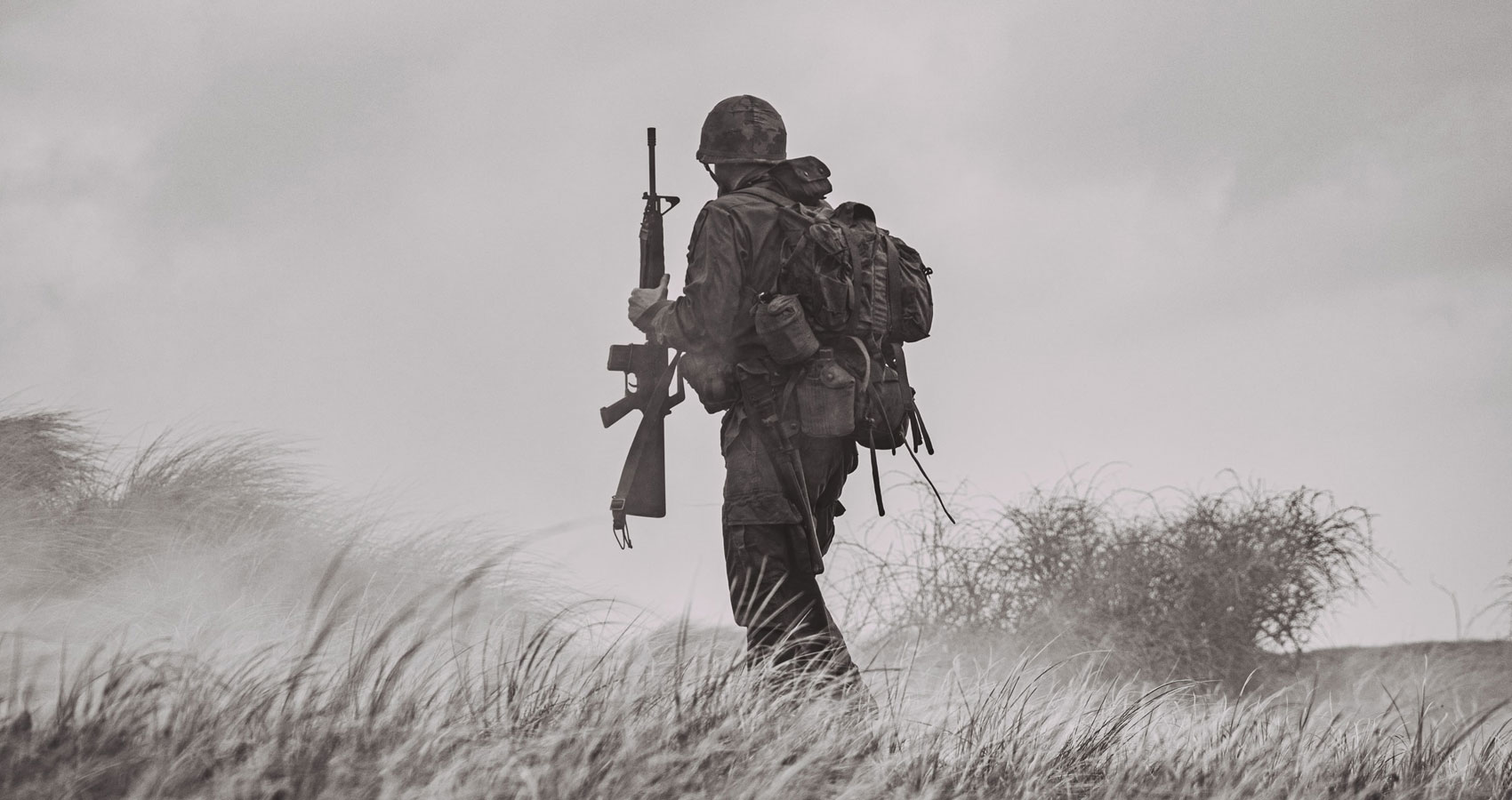 War zone, stained with flesh and blood,
destruction by metallic flood,
where tears of angels meet no ground—
caught by cold machine gun rounds.
Soldiers lie dead in my wake,
shot and bleeding on a stake.
No more bodies greet my stare—
charred remains are all that’s there.

For days we marched, for days we fought,
for days those monsters’ deaths I sought.
“They’re not human,” my CO said.
“Waste the bastards, kill ‘em dead!”
Following orders is my job:
I’d hear the shout, grenade I’d lob.
I cannot call myself a man,
for a killing machine is what I am.

“A soldier’s what my son shall be,
he’ll keep our country safe for me!”
No choice was given; my debts I paid,
and then a soldier I was made.
“Give me a gun; I’ll show ‘em what for,
and send them to ‘forevermore!’”
They sent me to some dry hell-hole;
killing “them” now was my goal.

I’d never seen such mean estates
as what I saw in this backward state.
Bullet holes in every door,
walls and tables, even floors.
Doesn’t matter, I told myself,
The job we’re doing is going to help.
Just ten weeks, and then I’m done,
but I’ll make sure this war is won.

Now, I’m already two weeks in
To this bleeding pile of sin.
Dignity is gone, forgotten;
battle scars are all I’ve gotten
crawling through mud, just like a pig
with cracked lips on my last cig.
Rubble and death are all around—
the spoils of war that I have found.

Standing in a scarlet pool,
I look at the reflected fool
Who thought that he could win a war
And be the hero of tomorrow’s lore.
Naïve young soldier, suddenly chilled
by realization of all he’s killed,
now casts his innocence aside
for boiling venom deep inside.

“That’s it,” I said, and dropped my gun.
“I can’t take it. It’s over. I’m done.
Find someone else to pierce their hides
with lead slugs five millimeters wide.”
I fell to my knees, and proceeded to weep,
into piles of bodies three feet deep.
A soldier I was, but as of today,
write me off as K.I.A.

I’m proud to be an American,
and that will ever ring true.
But a soldier’s life is not for me—
forever am I through.
“Desertion” is the name they give
to what I have just done;
but, truth is, I think it’s better
than a war that’s never won.

Jeremy O'Brien is a writer of fiction and poetry. He is originally from the San Francisco Bay Area, and currently lives in Vermont. He has completed his first novel, with his second novel and first poetry collection currently in the works. He is a graduate of Washington University in St. Louis.