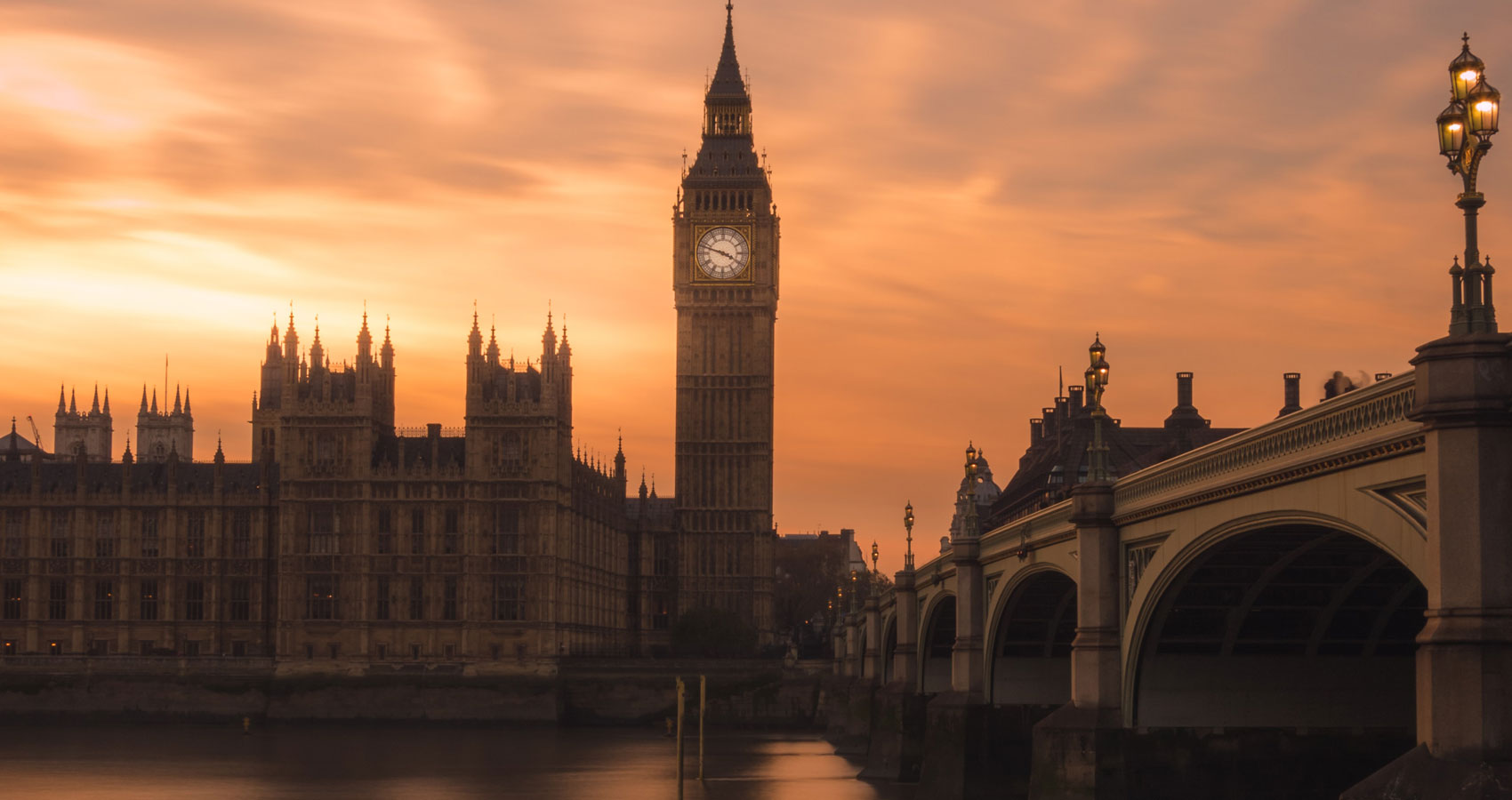 The Shabbat evening prayer was over, and the men filed out of the sanctuary when Arie’s father grabbed his arm. “What were you talking about?”
“I told him to ask for Perl before anybody else does,” Arie smirked into the dark of the street.
“So, you’re the one who’s talking some sense into your friend, and there was I, thinking you were completely useless.” His father slapped him on the neck, laughing.
Arie stopped before relating his plan in hushed tones. “You know that Perl’s chances aren’t great. Wouldn’t it be a zechus to marry off a poor orphan girl? A good deed like that could ensure Perl’s betrothal to Benny.”
“The idea is certainly a worthy one. Why is Benny so reluctant?”
“He wants to marry that refugee girl.”
“Ah! So, you want to get her out of the way?”
“Yes.” Arie blew out a breath, blessing his father’s quick comprehension and his own ability to flavour words according to his needs.
“And what is there for you to gain from this?”
“I haven’t thought about gain.”
“Oh please. Who is it? Benny’s younger sister? You want him to get married first so that she is the next in line?”
Arie smirked but did not contradict his father.
“Has anybody else set his eyes upon the girl you want? Is that why you are so impatient? I thought I’m blessed with a son who will accept whichever match I make for him and then loves the girl he gets.”
Arie clenched his teeth and silently lowered his head.
“Well, so be it. I will have to buy a decent Chatan for a poor girl to look generous and present my own daughter as an excellent match. I’m sure Benny’s father will have our Perla without this extra cost but if you think it must be done, it must be done.” He patted Arie on the back, sealing their secret agreement. “Go and make the arrangements, but make sure that it does not look like my doing.”

During Kiddush, Arie held his wine cup, listened to the blessings and grinned. When his three younger sisters moved to wash their hands, Arie sneaked behind Perla and whispered, “You won’t guess which surprise I have for you.”
She squealed, but then slapped a hand to her mouth before continuing in a whisper, “A surprise? Oh, I love surprises. Tell me, what is it?”
Instead of telling her more, he put a hand on her shoulder, steering her to wash her hands by the water basin in the hall. “Shh… Manners.” She could not talk after washing her hands and that suited Arie just fine.

They all sat down in silence, waited for the bread to be blessed, dipped in salt and given out, before resuming their conversations. As soon as Perla had swallowed her first bite, she pounced. “Papa, Arie said there is a surprise for me. I want to know what it is.”
“Oh, did he say so? Well, it is his surprise to tell, not mine.”
Arie grinned more than before, chewed on his bread and mulled over his plan.
“I spoke to Benny tonight.”
“Benny? That’s nothing new. You always speak to him.” Perl scoffed.
Their father reached for the fish-platter before he looked up and answered her. “Their mouths moved all Kabbalat Shabbat. I am sure their prayers were fervent.”
Perl’s cheeks flushed with excitement. “Papa. you’re teasing me. They didn’t pray at all, did they?”
He leaned over to her and in a mock whisper said. “Oh, they did. Prayers on your behalf.”
“But I am not sick,” she protested.
Arie snorted and helped himself to more food while Perla stopped eating and gazed at him.
“You spoke about me?” She stammered.
“We did. I told him to forget the nonsense he has been talking about for some time now, and to finally come and ask for you.”
He observed his sister, hoping she wouldn’t ask about the other topic of conversation. She didn’t. She was never suspicious, only concerned for her own happiness. Like the devoted younger sister, who had always looked up to him, she did so now. Her lips slightly parted and her eyes grew with curiosity and excitement.
Arie wondered if his sister had a stroke of greed, but then decided that she must have been instantly in love instead. In love with the idea of marrying, of being important, even if it was only for a few weeks. She was so easy to lead.
“Really?” she asked, glowing.
She obeyed his wishes, even those he never spoke out loud. A slight nod or nudge into a direction or thought, and she would yield to his influence. She would be such a good wife. His friend deserved the best.
“Something like that.” Arie said out loud.
“What something. Arie. What did you say to him?” She was dying to know now.

Answering without hesitation was essential when a female interrogation was to be expected. Being used to these conversations, he silenced her with expertise. “I would not be a gentleman if I told you, but I opened his eyes to the fact that you are pretty and should get married. I enumerated your charms, and he agreed with me.” Arie held his breath. “Pass the fish, will you.”
“Oh…” Perl knocked over a glass and giggled, “Oh, I am so clumsy.”
“Then you will have to be less clumsy when he comes the next time.” Arie shot her a brotherly grin as he caught the glass.
“Nonsense, my daughter has a fine dowry and if she is a bit less graceful than one would wish for, Benny will overlook it.”
“Papa!” Perla cried out in indignation.
“A new dress and some powder and you look like a princess.” Arie emphasised his opinion at the point of his fork, praying for his sister to be graceful, if only once. After the meal, his mother and sisters left the table, leaving Arie and his father with tea and politics. Arie grinned at his father. “Benny should sit opposite Perl next time he visits. Maybe I should make him stay for supper. ”
“Invite him. As often as you wish, if that increases her charms.”
“That will be Mother’s task.”
To his father Arie murmured, “It will be my task to keep Benny away from that refugee.”
Away from Ruth, my dove, my perfect one.
He lifted his glass to his father in celebration.

Arie visited Benny to keep him company and distract him. Books and games could only hold one’s attention for so long. He made sure to direct the conversation towards topics he had chosen for his friend and future brother-in-law. Benny toyed with a chess figurine. “Have you seen Ruth?”
“What, that orphan? You still haven’t got her out of your head?”
“She is nowhere around.”
Arie knew precisely why. He had arranged for the girl to live in the tailor’s lane. The place was safe, and she was out of sight. He had to divert Benny’s thoughts. “Maybe she’s moved because nobody wanted her as a maid. You never know.” He listed several possibilities before turning the conversation to his sister.
“When are you going to see Perl?”

When Benny didn’t approach Perl’s father to ask for her hand, Arie devised a different plan.
“Did Benny come today?” He asked his father in the study’s quiet.
“No, and he is not likely to come.” His father sipped deep red tea and sank into thoughts.
“Your little plan didn’t work, did it?” he said after a few moments.
Arie cringed. “What if I go to Reb Alter and ask him?”
“Ask him what?” His father snapped.
“For example, ‘Benny has said nothing yet, but can we proceed with the wedding preparations? You know it’s difficult to get all the things girls want.’ or something like that.”
“You are becoming quite the businessman. In a year or two, I will need to look out for you in negotiations.” His father smiled and Arie took this as permission to go ahead.
A week later Arie stood again by his father’s side, listening to the Kiddush and smiled secretly upon his achievement. Benny was a good friend, listening and understanding. He would be a pleasant and conceding brother-in-law. He would marry Perl, who would never stir anybody’s heart or imagination, and Arie would puff out his chest and ever so often remind everybody of his benevolence.

The wedding preparations were underway. Everybody envied the happy families and the lucky groom. The community praised Benny’s good fortune and speculated which of his sisters would be Arie’s bride.
Benny had not seen his bride the week before the wedding as was good custom. Even Arie had little time for his friend. He was too busy with his affairs.
When the families were assembled, the tables set, the Chuppah liften on its poles, Arie rushed to the Rabbi’s side.
“The groom will be here soon.”
“Groom? Is that not you?”
“No, it’s Benny.”
“Benjamin? But he got married in the morning to the lovely Ruth.”

R. Shlesinger holds an MA in Literature. Her mother tongue is German which she teaches as a foreign language. She is writing historical short stories with a Jewish background for the English speaking audience and occasionally tries her hand in modern short stories. For the last twenty years, she has been living with her husband in Israel.