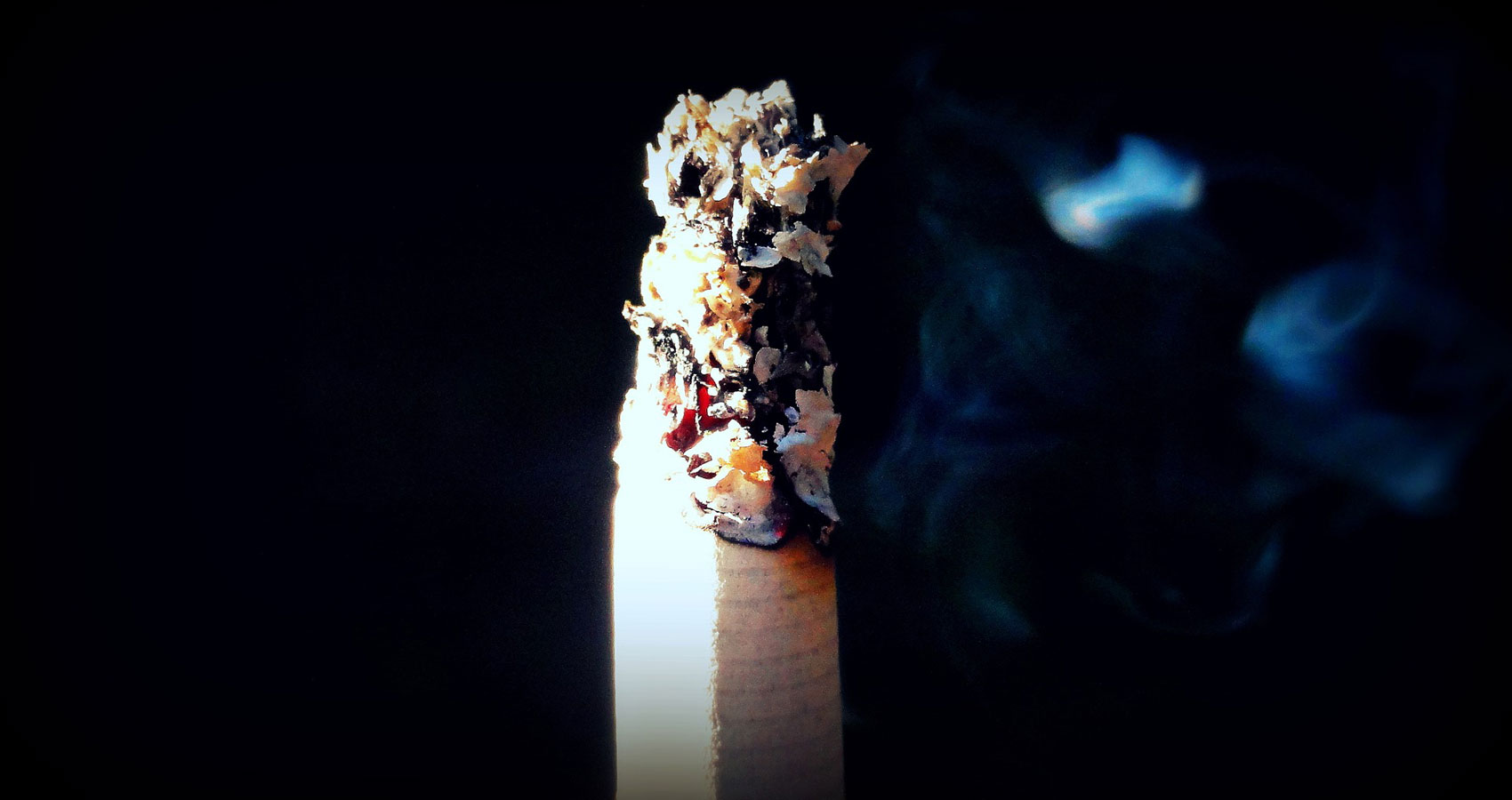 Sawyers let us into the lab and we took our seats. A Bunsen burner, clamp, and some other device were set up at the front. I could tell Sawyers was excited and after he got us quiet he started to introduce the lesson.
I’d never liked him, he blamed me for anything that went wrong and was always smarming over the girls. He smelled damp and wore home-made ties. And he had a mustache.
As he talked I noticed him patting the pockets of his lab coat and then, after finding nothing, he crossed to where his tweed jacket was draped over the chair behind his desk. He reached inside and extracted something, palming it. No one seemed to have noticed.
Sidling up to Susan Austin he leaned in and as she recoiled, produced a cigarette from behind her ear. Amidst laughter and catcalls, he lit the fag and placed it in the clamp.
“We’ll leave it there for a minute and see how much tar we collect,” he smiled. “So some of you can see the state your lungs will be getting in.” The smell of smoke filled the room.
Sawyers began talking again and then, pretending to have forgotten a prop, told us to behave for a minute while he went to the prep room to fetch it. He swept from the room unable to conceal a smirk.
The room was silent.
“Go on Corker,” someone stage-whispered, “have a drag.”
The class erupted with encouragement.
Corker brayed with laughter, turning red.
“No way.”
“Go on.”
Corker looked at the door and seeing no-one, got up from his stool and ran to the front of the room. All eyes were on him.
“Don’t do it,” I whispered. “He’s watching from the prep room.” Corker hesitated, torn, the class baying, before returning to his seat.
Sawyers stalked back into the room glaring at me. The lesson continued, the room stinking as he showed how much tar had been collected.
As we filed out of the class at the end I wondered how long it would be before Sawyers realised the pack of Rothmans had vanished from his blazer.