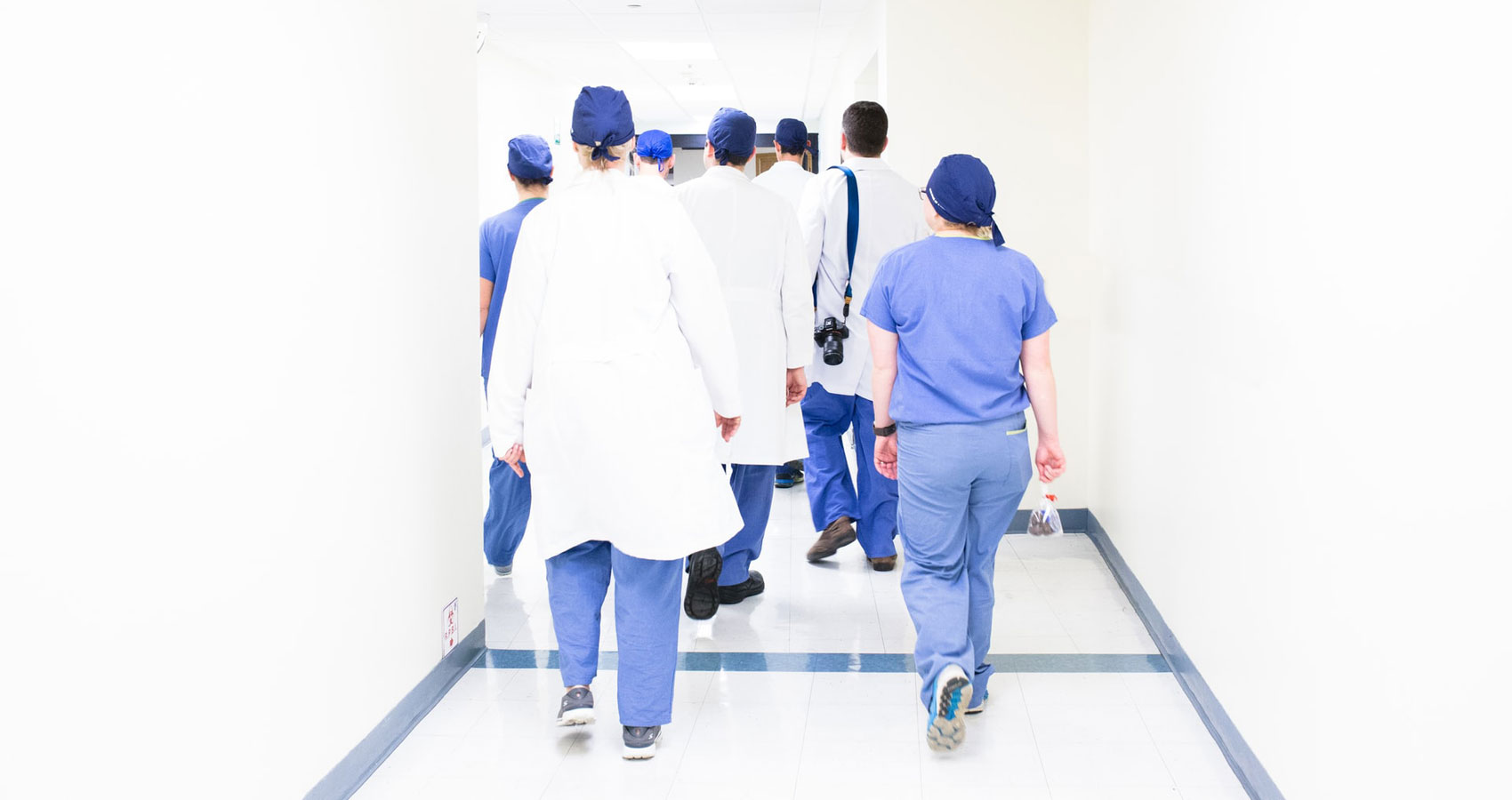 “You can’t be serious,” Jane said. “You’ll be thrown in jail.”
Paul shrugged. “We might as well be in jail. Besides, this is important. It’s just one night.”
“It’s martial law,” Jane reminded him. “Public gatherings are illegal.”
“It’s a private gathering. Everyone will be wearing masks and gloves.”
Jane clattered dinner plates in the sink. Melody, their skinny tabby cat, leapt off the table and curled by her feet. “Are you out of your mind? Seriously, Paul. Thousands of deaths every day, police drones monitoring the streets. We can’t even go food shopping now.”
That was true. All food retailers were now officially closed to the public. Public places had been shut down indefinitely. Home deliveries were mandatory. Full lockdown was now in force across the globe. The virus had spread so fast, Armageddon was the word on everyone’s lips. And Paul Swain was climbing the walls.
After the second month of lockdown, when the global death toll reached unimaginable numbers, politicians across the world had no other choice but to enforce total self-isolation. The motorcyclists who left essential food supplies on doorsteps across the country wore sanitised gloves, and surgical masks behind their helmets. They rarely spoke to the customers they delivered to.
Social media was clogged with messages of doom. Many people sought sanctuary in private online groups – religious and otherwise – that offered some light at the end of the tunnel. Paul Swain, landlord of the Bulls Head in Buxton, had developed one such group. He called it ‘The Gathering’. All thirty-six private members were former customers of the Derbyshire pub, which had been forced to close three months ago due to the world-wide pandemic. Many customers were elderly, completely isolated, scared, desperate for human contact. The online group provided some company, discussion and distraction, but it wasn’t enough. People needed people.
“I’ve contacted everyone in the group,” Paul said. “None of them have the symptoms.”
Jane rattled cutlery in the sink. “If there’s a chance that even one of them has the virus, it’s not a chance worth taking. I’m a key worker, Paul. This afternoon I had to turn away Vera Howard from intensive care. Maddie Howard’s sister, for crying out loud. This thing has to stop.”
Paul knew all about Maddie Howard. Just about everyone in the country did. Paul sipped his mug of tea. “It’s a bit late for that now. They’ll all be coming tonight, around eight o’clock.”
Jane dropped a Denby cereal dish. It smashed on the stone floor tiles next to sink. Melody shot across the kitchen as though a bomb had exploded.

From the very start of total lockdown people fell into two camps: those who stuck to the rules, and those who did not.
Working in an intensive care unit, Jane had no choice other than to tow the line. Working in the pub industry, Paul did not. Sure, he washed his hands, wore surgical gloves and masks when they became compulsory, but social distancing was not so easy. Many of his regular customers were old. The pub was their haven, their social playground, their sanctuary. Paul understood the logic behind social distancing, but human contact was essential. Lockdown may have slowed down the spread of the virus, but total isolation for many people was a living nightmare. For Paul, the one-off gathering was about restoring what was before. Even if just for one night.
Maddie Howard stood in the carpark wearing standard surgical gloves and mask, arms crossed against her chest, just as Frank Pendleton had described. She stood no more than five feet tall but somehow managed to look formidable despite wearing a pink cardigan and matching tracksuit bottoms. The Champion for the Elderly stood before them, defiant, unashamed, and angry as hell.
“I’m sorry about Vera,” Jane said, folding her own arms to mirror Maddie’s. “I had no choice.”
Paul stayed back, six feet behind his wife, close to the stone steps at entrance of the pub.
“I’ve not come to argue,” Maddie said. “I’ve come to deliver a message to my friends.”
Jane said nothing.
“You want to come inside?” Paul asked.
“Yes. I’ve got something to tell you all.”
Jane took a step closer. “The party’s over, Maddie. It never should have happened in the first place. We’re sending everyone home.”
“Let me speak to them first.”
“It’s impossible. I’ve been told to have no contact with you.”
“I’m dropping the court case,” Maddie said. “Things have changed.”
Once again, Jane was lost for words.
“If you want to come into the pub, that’s fine by me,” Paul said.
“What things have changed?” Jane asked.
“I’ll explain. But I need to do this face to face.”

Paul gathered everyone into the lounge for the speech. It could just about take thirty-six people.
Gloved and masked and all holding drinks, they crammed into the small space, shoulder to shoulder, hushed in anticipation. Muted handclapping came the moment Maddie walked into the room, the surgical gloves dampening the sound of the applause. For many in this room, Maddie Howard, was their hero, the Champion of the Elderly, a local ex-headteacher turned celebrity who had stood up to the Prime Minister in the glare of the media and at the height of a global crisis. Paul moved a table in the corner of the lounge to give her a spot to stand. Maddie took it and faced the crowd. She looked so small and ordinary in her prink cardigan and tracksuit bottoms, but her expression radiated confidence, chin held high, eyes falling on each member of the gathering.
“I’m here to tell you something important,” she began. “I spoke with a junior health minister today, from the government.”
Paul and Jane exchanged a glance as gasps and whispers rippled through the crowd.
“As many of you know,” she continued, “I was ill last month, like so many others. I managed to pull through at home, but only just. I was turned away from hospital even though there were ICU beds. I was turned away because of my age.”
She let that one hang in the air for a full five seconds. No one spoke, but there were plenty of glances across the room.
“The same thing happened to my sister, Vera, today. She’s seventy-seven––six years younger than me. Merely a child.”
Nervous laughter came from somewhere near the back of the lounge. Jane stepped close to Paul, squeezed his hand.
“Vera’s staying with me for now. Hopefully that will change. I can only nurse her best as I can, as safe as I can for the foreseeable future. I don’t have access to ventilators or any other intensive care equipment at home. I don’t even have Alexa.”
Another murmur of laughter from the back.
“People compare this pandemic to the war years.” Maddie shook her head. “It’s nothing like that. Those days we dug for victory, together. We worked together, fought together, survived together. We pulled together. This thing, this virus, is driving us apart, separating us, scaring us halfway to death.” She looked across to Paul. “I understand your need for this gathering, Paul. But this has to stop.”
Paul was about to protest when Jane gave his arm a firm tug.
“We can stick together through this online. We can call one another on the phone. We cannot meet in groups. My sister would not be infected today had I not ignored the advice and visited her.”
“But we’re protected,” someone shouted from the crowd, waving a gloved hand.
“Not enough,” Maddie said. “As I say, I spoke with an MP this afternoon. Angela Fox, junior health minister. Mainly about the age discrimination case, but also about the virus itself. It’s airborne but also lives on surfaces. Masks and gloves help, but they’re not enough. People touch their faces all the time. How many times have you pulled up your mask to have a drink tonight? How many surfaces have you touched tonight with those latex gloves?”
Paul went to scratch an itch on his neck. Changed his mind.
“But that’s not why I’ve come tonight.”
Absolute silence.
“I’ve come to tell you there will be new hospital guidelines in place as from tomorrow. Angela Fox is on side–– she’s pretty high up in the government food chain. She thanked me for highlighting the issues faced by the over seventies. The Prime Minister will be making an announcement tomorrow morning outside Number Ten.”
Frank Pendleton leaned over the bar. “So, you’re dropping the discrimination case?”
Jane clenched Paul’s hand.
“Yes. Angela Fox told me the new government guidelines would legally prevent any hospital discriminating on the grounds of age. Bed-allocations in intensive care units will be open to all, where available. ICU tick lists will no longer exist. Not much point in going through the courts when the rules have changed. She promised to do all that she could to find a bed for Vera. And I’d like say––”
“And you believe the words of a politician?” someone from the crowd interrupted.
Maddie composed herself, straightened her mask. “Yes, I do. Angela was genuinely shocked. Her own mother is in her late eighties, with breathing problems. She had no idea these tick-lists existed. Nor did the government.”
“Until the leak,” Frank said from across the bar.
“Until there was proof,” Maddie corrected. “There was always speculation in the media about age discrimination, plenty of anecdotes, but nothing tangible. Tough decisions had to be made by senior doctors and age was rumoured to be a factor. There was never any proof. Not until the leaked bed-allocation document. That changed everything.”
“Do we know who leaked it?” Frank asked.
Maddie offered a fleeting glance towards Paul and Jane before returning to the crowd. “We have no idea. But what I’d like to say was thank you. Thank you to whoever it was.”
Jane lowered her head. Paul gently squeezed her hand.
“Now,” Maddie said in her best headmistress’s voice. “It’s time to go home.”

Peter Astle is a former media and English lecturer from Derby, UK. He’s been published in a number of magazines and international anthologies. His stories are set in or around Derbyshire. Peter recently won the opportunity to publish his own collection of stories with Clarendon House Publishing with his competition-winning short story ‘Following Gita’ in Enigma: The Inner Circle Writers’ Group crime anthology, which will be published in 2020. The working title for the collection is 'Twists and Turns'. He has also been selected to appear in the 'Who's Who of Emerging Writers. He’s currently traveling Spain in a motorhome along with his faithful dog, Joey.