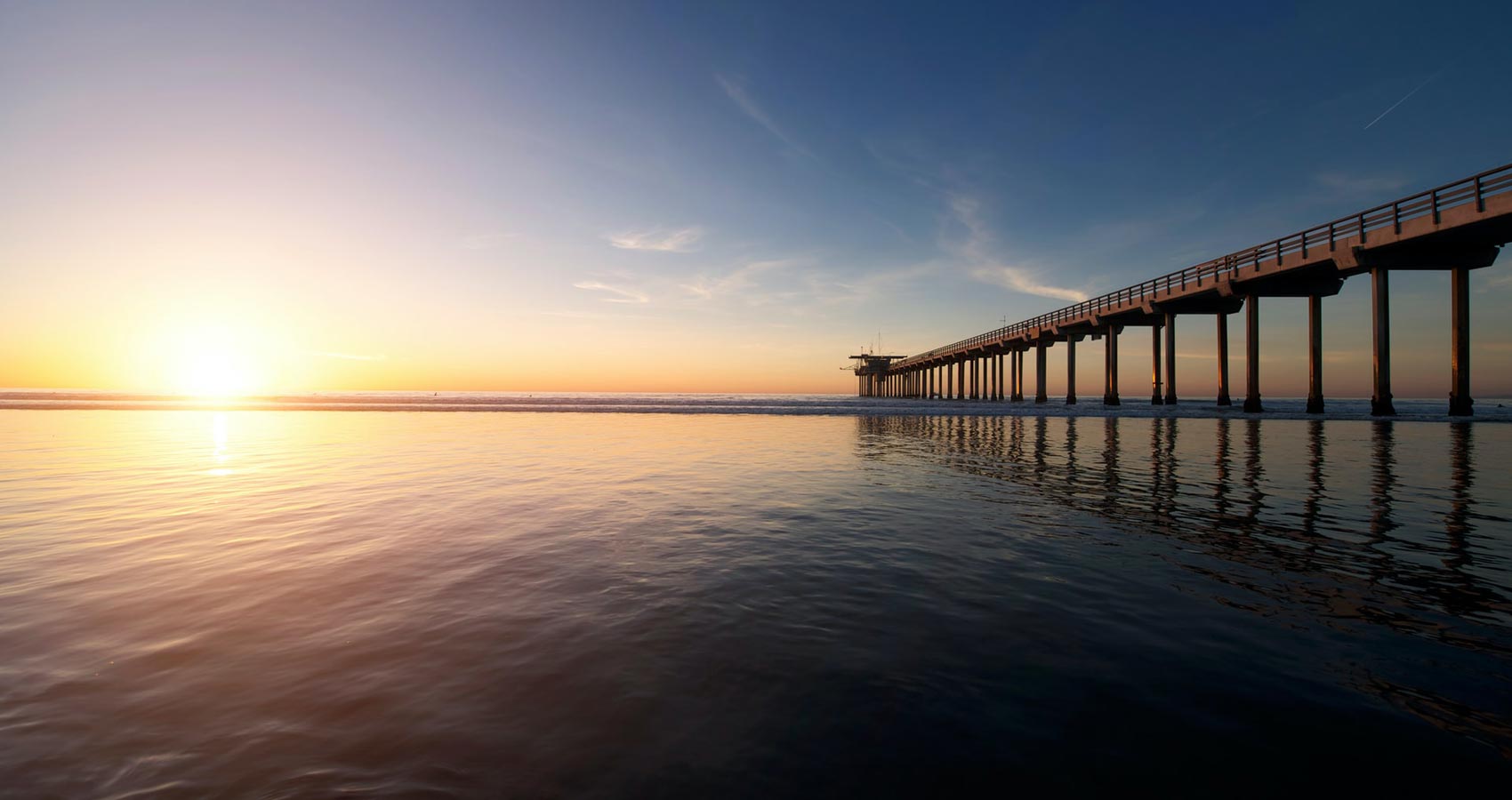 When my son coaxed me to jump
from high off the ocean pier,
I fell into the salty cocoon of sea rush.

When I sliced the surface,
he yelled, “There’s a poem in this,”
which has me thinking of all the jumps
I still need to make—

all the poems, I still need to write

on days such as today—rare days
when summer air squeezes through the eye
of a late August afternoon, and I find myself
among a strangle of orange nasturtium

ebbing in a waning garden, and Sage,
named for his colored coat pokes
his beige, spun–to- grey snout
into the breeze, and I am spinning

in a world of steel blue heavens,
and radiant petunias coupled in summer hues.

There’s just too much color in this turning.

It’s time– not jumping, but lunging,
once again, into the deep blue crystal.