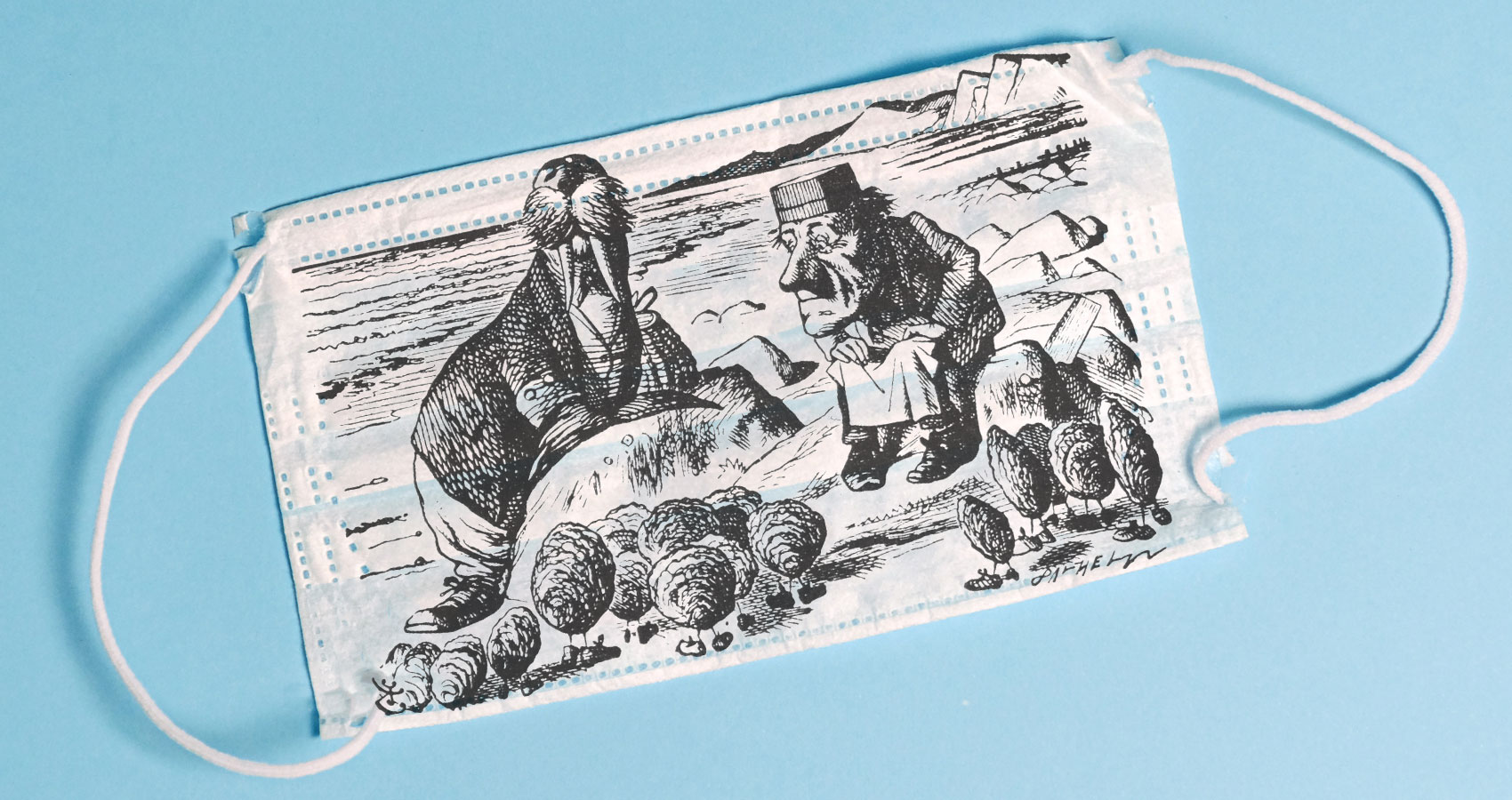 The Walrus and the Carpenter
wore masks along the beach
and didn’t walk as closely
so the virus couldn’t breach
their hostful bronchialities,
so close, yet out of reach.

They stayed apart, at least six feet—
the guidance of the wise—
those doctors who, not just a few,
had helped them realize
that dangers ’neath a friendly sun
were lurking in our skies.

With ease they gathered oysters
who were loathe to stay apart;
by nature, quite gregarious—
society as art—
although a few wore tiny masks,
for they stayed a la carte.

But others vainly would protest
and put on riot gear;
a helmet, vest, and all the rest
because they didn’t fear
the ’pocalypse that killed their friends—
for them, they shed no tear.

Yet ’twas in vain, the gear they wore:
no enemies attacked,
for no crustaceous army
was approaching to extract
their moisture-laden bodies
once their shells had all been cracked.

The Reaper stalked them through the air
which all are fain to breathe,
and even occupied the foam
with which the oceans seethe,
while watching very stealthily
for airways to unsheathe.

And so, some died a lonely death,
first quarantined in sand,
for sharing the pandemic
which consumed their promised land,
though simple masks and distancing
were always close at hand.

Yet those in heavy armor
were not shielded from the fate
which ravaged ’cross their sandy shores;
the storm would not abate,
enticing them to join the fun
upon a dinner plate.

The time had come, the Walrus said,
to loosen coverings,
that bit of cloth across their face
held by elastic strings,
and slip the oysters deep inside—
such joy this effort brings.

The sun was setting in the dawn
for day it would bequeath
unto the moon, which very soon
had planned to take its sheath
in dark of night, the realm in which
it always hid beneath.

And now the Walrus and his friend
the Carpenter resumed
their distant walk upon the shore
which recently they groomed
for shelled companions which they had
so joyously consumed.

And as they walked, they picked their teeth,
quite scrupulously, too,
they’d never needed to before—
no, this was something new—
but masks and armor stuck betwixt
were causing much ado.

The characters and style are borrowed from Lewis Carroll’s poem “The Walrus and the Carpenter” from his 1871 book “Through the Looking-Glass” and updated in consideration of good community health practices during our pandemic.