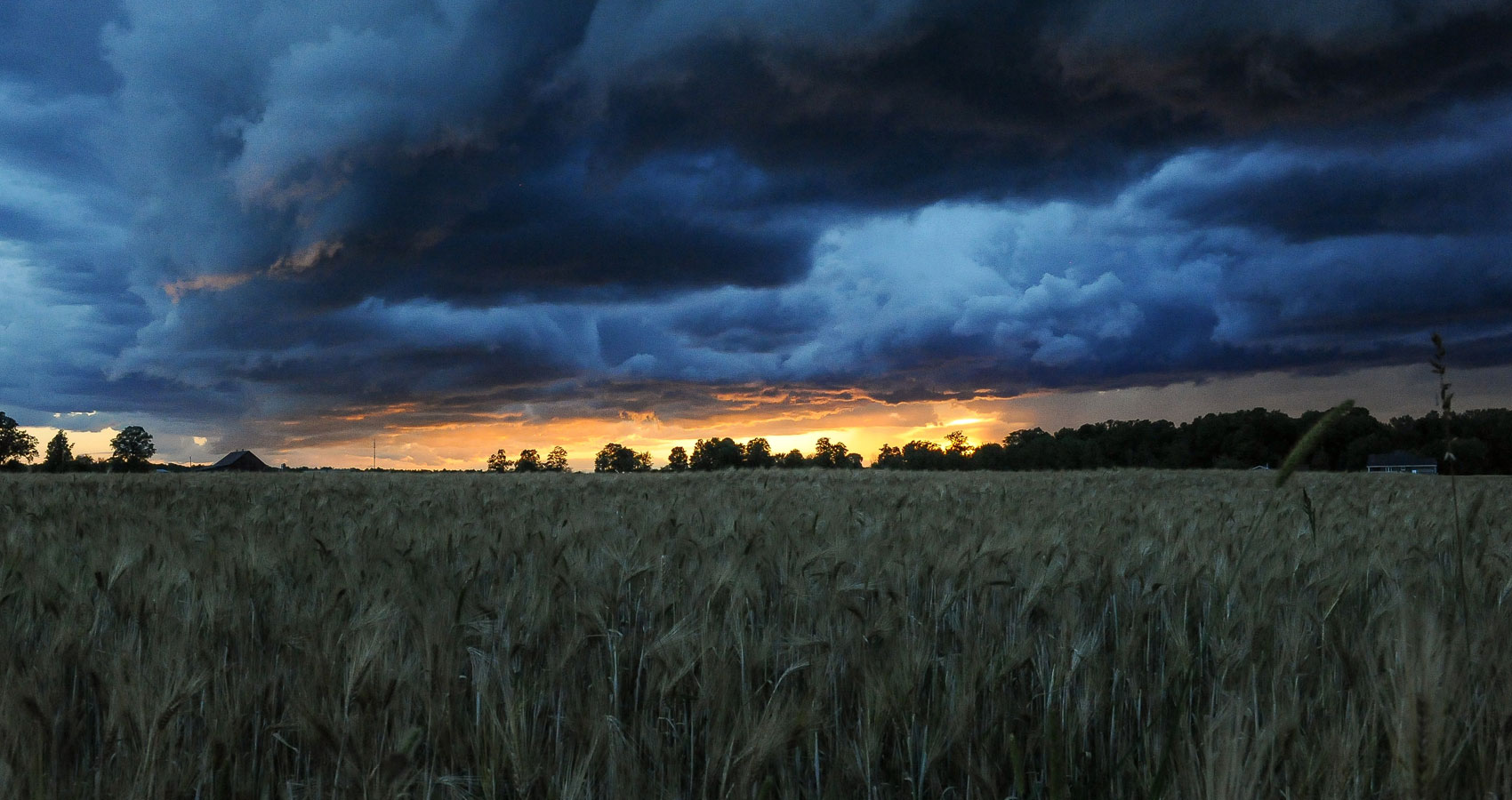 One summer there was it rained and rained.
The blue jays gathered to squabble and complain
in our hickory trees. It rained most often
in the day, for twenty days or thirty.
And the summer was mostly cold.
In the streets the people went their way
beneath umbrellas, and their boots
scattered rainbows on oil-slick pools.

The rain was soft, almost a mist.
But seemed to wash the world quite clean.
The slow-moving clouds and mists
Dipped down as if to kiss the musty ground.
The bark of the trees was wet and dark.
And the sun, when it came, how it pleased!
It would slant its light across their leaves.

So many years of drought and heat,
everyone said, this we deserve for this we need:
the cisterns filled and the crops in the field
grown lush and fat for all to eat.

But several times in those summer’s nights
the sky would break apart and burst in fire.
Its flashes lighting up the neat, trimmed lawns
that filled with hail. It gathered in piles,
and I watched to see it twitch like one in agony or pain.
The neighborhood shook with bursts of thunder,
deafening even the sound of the hail
constantly crashing on our metal roof.

By morning, the mists would come again.
Then people would say the thunder was just
potato carts dumping down a hill.
But now the hickories gave off their scent,
as though we’d rubbed their green-shelled fruit
that swelled among their leaves and limbs.
Autumn was gaining fast we knew,
and in the brownness of its dry crisp days
this summer’s mists would melt away.