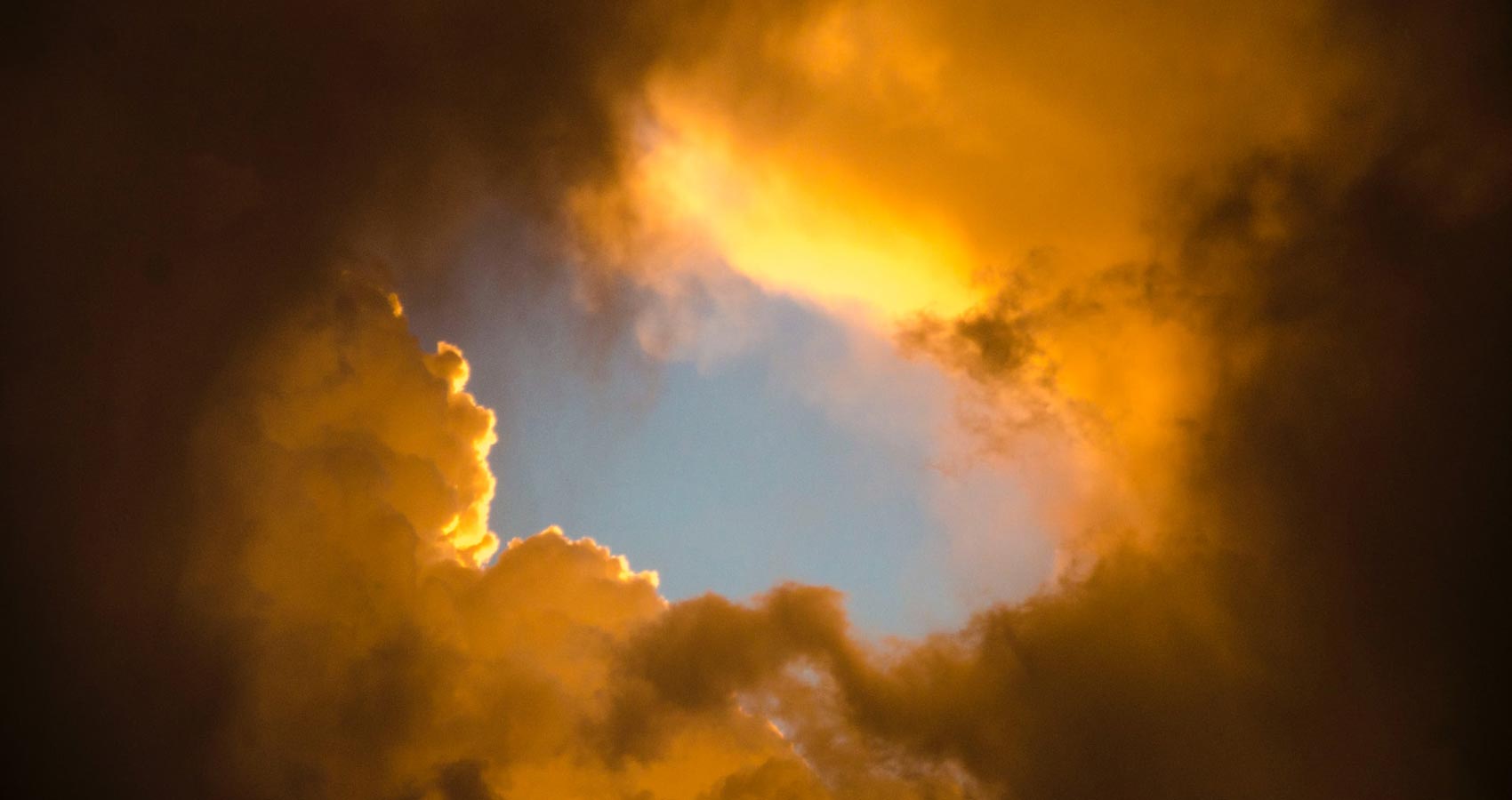 The Whole In The Sky

The Whole In The Sky

The young man was fed up with his life, he had no job and all of his days seemed without meaning. It did not matter which day of the week it was, they were all the same. He would spend his time looking for work but there was so little available and sending away job applications had become more of a chore than a challenge. He did not know how he could change this and so he began to focus his attention on more menial activities like watching TV and surfing the web but this did little to cheer him up. Then one day he looked outside and saw a ladder standing erect in the back garden. He tried to see the top of the ladder and what was holding it up, but that was not possible as it seemed to taper off into the gray skies above. He put on his shoes and went outside. He spent some time looking upward until curiosity got the better of him and he began to ascend the ladder. He needed to know what the ladder was leaning against. He noted some people below looking up at him, he did not know what they thought of his antics but he did not care, for too long he had been an invisible part of this society and now he was rising above it. The further he climbed the colder it got. His blood however was flowing due to the strain of climbing but he nevertheless thought it wise to climb down and get a jacket. When he reached the bottom he felt those onlookers had thought he had given up and he looked forward to seeing that look on their faces when he returned to scale the ladder again. Having retrieved his jacket, he hurried to the ladder and began climbing. The people below soon began to look like children and the houses had shrunk considerably. Not long after they looked like tiny ants and the houses looked like Lego blocks. When he reached the gray sky, he disappeared from view into its murky surrounds and after about five minutes of climbing he reached the end of the ladder and the top of the cloud cover. He stepped onto the cloud cover. He was unable to see his feet as they were still covered to the knee with cloud. He began to roam around when suddenly his feet kicked into something lying below. He picked it up and it appeared to be none other than a yard brush. He wondered what it was doing there until he heard an inner voice asking him to use it to sweep up the clouds. So trusting this voice he began to sweep. It was not long before a small hill of gray vapor moved in silence before him. It took some time however for him to see through the cloud as a little hole began to appear and then he needed to be careful not to fall through. He kept sweeping and the hill grew in size but it seemed like a mammoth task ahead of him, but each time he stopped he would hear this inner voice calling on him to continue and so he did. Having created a hole in the clouds which was quite sizable, he started feeling tired and hungry. The sun’s light too was beginning to fade so he decided to return to the ladder and climb back down to earth. He felt that the whole thing was a waste of time but he had a very hearty appetite that night and had a nice meal. He then went to bed and the next morning the skies were gray but the ladder was no longer there. He went outside and saw one of his neighbors who was sweeping up the Autumn leaves. He asked her how her daughter was. Her daughter had been ill for some time and most people in the town knew and were worried. The woman looked at him with bright eyes and said that her daughter was at her lowest ebb the previous day and practically all of her strength had left her. But then she began to look out of the window facing her bed, to the sky where a small blue hole appeared amongst the gray mass above. This blue hole got bigger and bigger and the sun’s ray began to stream down. She suddenly asked for something to eat and as she sat up supported by pillows eating her soup, a smile appeared on her face. Her eyes seemed transfixed to that piece of sky which grew in size until evening. She slept with the fall of night, but awoke early and had a big breakfast. Now she is feeling much better and is able to get up and walk around. The young man returned home only to go to the basement to get a broom and he too was soon sweeping up the leaves from the porch. Now he knew that each job was important no matter how small. With this in mind, the whole of his face shone brightly amongst a sea of leaves.