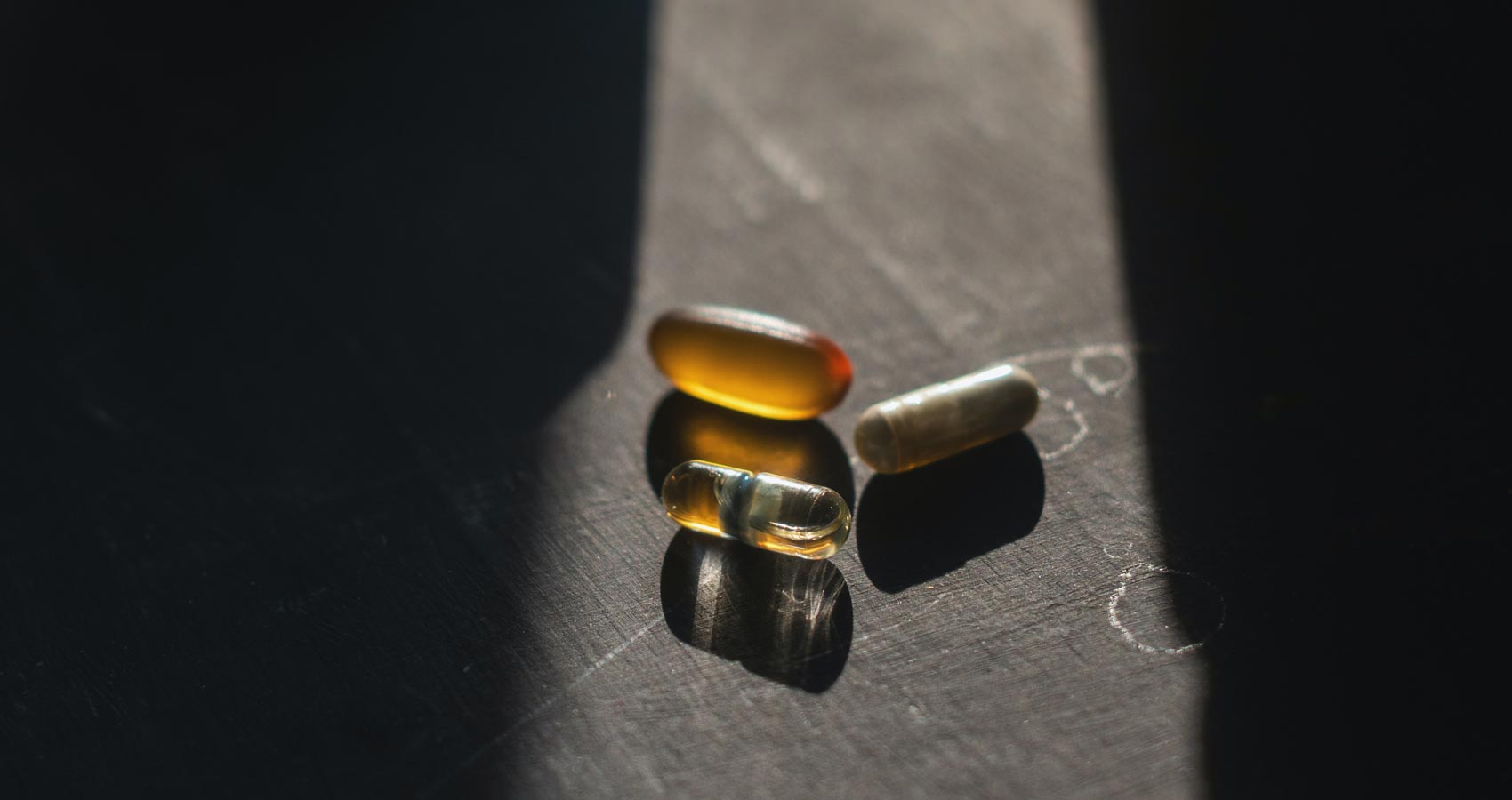 This is A Drug-Free Zone

This is A Drug-Free Zone

The air struck him in a single blast through the open window. The morning light broke through the gap in the curtains like an assemblage of laser beams. A thought suddenly struck him as he struggled to get up, weighted down somehow by the thin sheets. It came out of a recess in his mind that he rarely visited.
“Doctors are charlatans.”
He had no idea why the thought came to him. He pushed it back in.

Keisha, his wife, came and checked him half an hour later but found him still under the covers. She pushed him gently saying repeatedly:
“Wake up.”
Eventually, he opened one eye and then another.
“I’m trying.” He said softly.
“I’ll make a coffee. Then, Bob, you must get up.”
He struggled to reply, just screwing up his face.
From downstairs their oldest daughter, now 12, shouted up as she opened the front door heading for school. He felt nothing about her. He could no longer feel for anyone. Grimacing, he pulled the duvet over his head.

A few minutes later Keisha returned, a mug of steaming coffee in her hand. He looked up, his head buzzing. She laid the mug on the bedside cabinet beside him, and he had to stop himself from sweeping it onto the floor. He screamed silently:
“Keisha, go away.”
He was changing. The calm, caring man who had existed little more than a year before had gone. Something was wrong, but even he did not know what.
She stared and him, shrugged and went downstairs.

Bob was still in bed when his boss called. She told him that he had a temperature and would not be there that day.
“Tell him, Keisha, that he either comes in today or he doesn’t bother coming in again.”
Martin’s voice struck like a whip.
“Martin, please be patient.” Keisha pleaded.
“Ok,” Martin replied, “but you must understand, Keisha, I have a company to run. I am responsible to others. If Bob cannot do the job, he has to go and I get someone else in.” His voice became softer. “I will be patient, for your sake.”
Keisha blushed as memories came flooding back.

Six months before Robert’s visit to the family doctor, his constant worrying over money, over work, feeling he was over his head and that the demands of his job were beyond him, had made sleep impossible. Keisha who until recently had worked in care knew the signs of overwork and she suggested he go and get checked out. A few weeks on sleeping pills she reasoned might do the trick. To save his job, the house, he agreed.
The doctor asked him many questions putting his sleeplessness down to depression, not to his work and fear of redundancy. The doctor was himself often overworked, or felt he was, but not ever realistically fearful of being without work. His mortgage paid up years before, he was, within reason, relaxed about life. Bob was prescribed sleeping pills and anti-depressives. A volatile combination. Still, he followed faithfully the drug company’s recommendations.
The drugs worked or seemed to. Returning to his job in central London promoting innovations created by their huge cohort of designers, Robert seemed back to his old self. Inside, Robert began to feel he was living in another, liminal world, a world of shadows and without meaning.
As a manager, Bob had to keep tight control over the information that came in and left his office. This he found increasingly hard to do. He was making even more mistakes than before when overwork had been the sole problem. The directors while concerned with his condition were more concerned with their business. There were many young men able to take his place, in fact just waiting and watching Bob’s decline with interest. Vultures around a dying bull, they hovered above him with expressions of delight at the meal to come. Dying, figuratively that is, Bob could see them clearly.

Keisha sat in the kitchen thinking. She knew she could not make him go to work. Bob had always been stubborn. Over the past six months, he had become more so. She thought of calling the doctor, but he’d only tell her to drive him to A & E. He was busy. After another hour, she went upstairs again. The covers were off, the windows wide open and Bob was standing before one, about to jump out.
She grabbed him but he was too strong, flicking her off. He turned to face her, the absent look in his eyes a warning. She called the police and then called for an ambulance.

Barkford Town Hospital had a mental health ward where patients who acted out in some way or another were referred. Many, if not most of the conditions were drug-related but not understood as such by the staff. That day Bob, who had never been ill in his life, was one of the increasing cohorts of the mentally ill.

Keisha was from West Indian stock, a world of formidable matriarchs, and believed that a wife must stick beside her husband, if he stuck beside her. A wife who deserted a husband when trouble arrived was not worth being called one. She preserved also a healthy scepticism towards western ideas and indeed western medicine learned from her Kingston born and bred mother.
Keisha realised that Bob’s problems arrived more or less at the same time as the family doctor’s original prescriptions. In her innocence, she offered this insight and was met with a quiet, gentle humouring by the senior doctor and sniggering from the junior ones. After all, many times before they all witnessed psychotic episodes. Their treatments fixed mental illness, not created it.

In the ward, nothing happened. Even the staff seemed caught up in the pervading lassitude, existing in treacherous limbo. Less waiting for God, but existing in the period afterwards when he does not come, and clearly does not want to come. Time folded in upon itself, squashing up events. Bob got slowly better but Keisha wondered if it was the drugs affecting overlying addiction to other drugs. She would have to wait until it was deemed right to let him go.
While she waited, she tightened her purse strings and lived well enough, quietened her children’s fears and told them to be patient. Their father would return and be himself again. Their daughter was mortified with shame at her father’s illness. He left the hospital after a month a shell of a man. His eyes looked as if they were caving in. He now spoke in small ill-connected phrases.
On Bob’s return, Keisha called her family together and discussed with them what she had seen drugs do, not just when they were young in Kingston or New York, but also in London. When they were growing up drugs were being sold outside their schools and in shopping centres. Professionals were taking crack. Young solicitors and barristers sharing strange experiences in expensive Stockwell apartments filled with incense fumes.

At first, they quarrelled with Keisha over her diagnosis. Doctors knew best after all. Keisha continued her pleas, doing research online and in libraries. Although psychiatrists believed their drugs were effective and did what they were supposed to do, others did not agree. By the time Bob was released, they were willing to help.
When he returned after two months in the ward, Keisha had arranged a party for him and everyone came. Even people he did not like. Although dreadfully withdrawn, by the end he was smiling again. But it was a month before Keisha began easing him off his drugs. At first, it did not work as the addictive nature of the drugs caused him nightmares and strange ideas the more they were reduced. Keisha’s older brother had tended friends suffering withdrawal from many drugs and he came into help. But the process was slow.
The Family Doctor was not informed as in many countries western doctors have a policing role and can force a patient to take drugs, whether they are harming them or not. Family doctors believe what they are told by psychiatrists, who believe what they were told by drug companies.
After a year, Bob was working again although for only a few days a week. Now when he looked into the mirror he saw not Hyde, his features sagging, his mouth open, bottom lip loose, tongue popping out. As yet, his emotions had not returned. He was a shell. A void where his soul once had been.

Bob began part-time work and within a year started his own business. At Keisha’s insistence, he began studying counselling. A year later, she joined him. In line with their beliefs, both insisted that if on drugs, prescribed or recreational, patients should come off before or at the beginning of counselling. Above their shared clinic they placed a sign:

THIS IS A DRUG-FREE ZONE