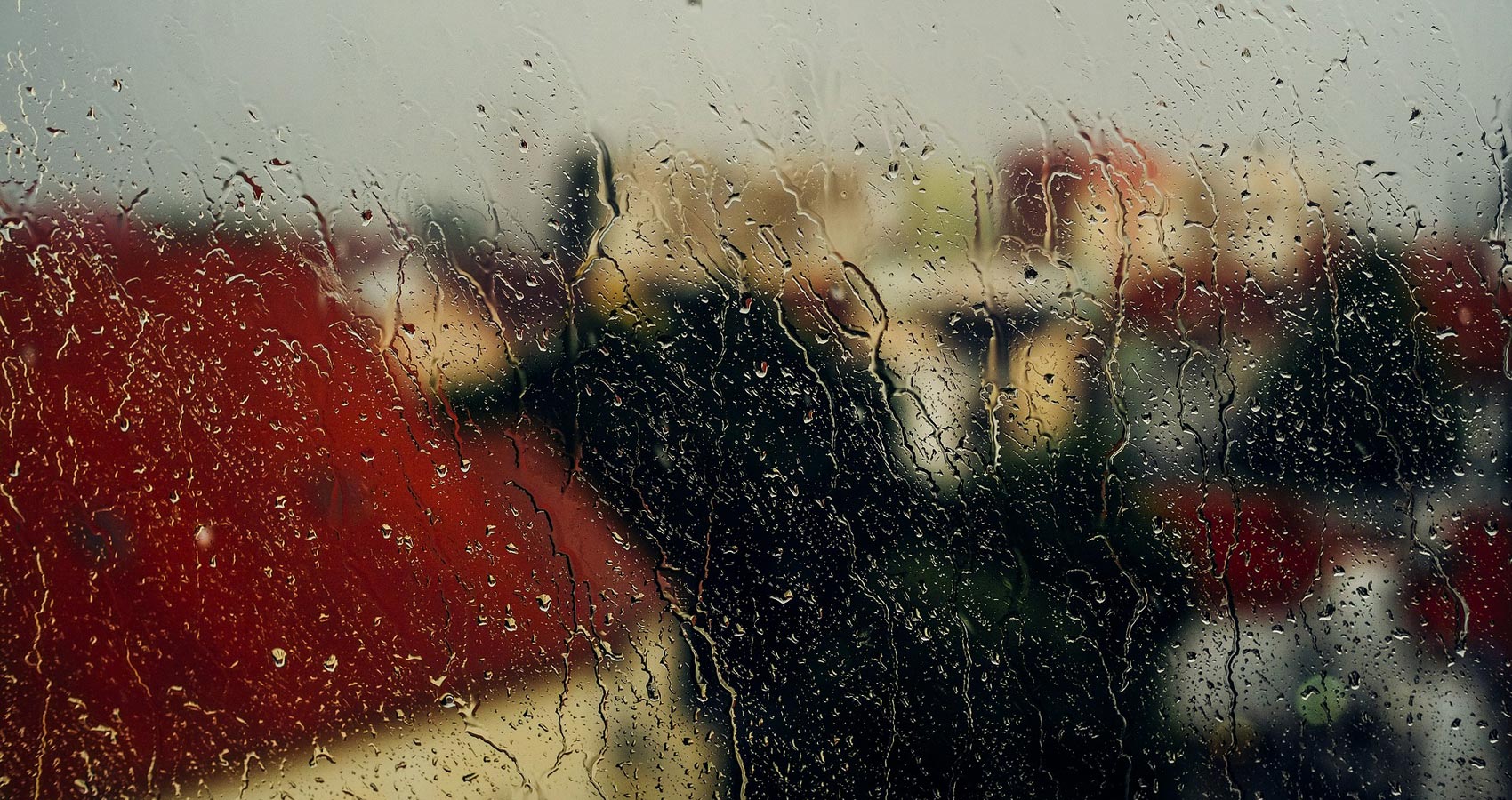 The dusky eastern sky was on fire,
as dark satin dragons filled the sky,
from the eastern evening horizon,
their darkness riding westward swallowed,
the sky between our narrow street,
and the two horizons that compassed it.
I was six and the atavistic fear,
of the world’s end filled me,
and I prayed “God Save Me!”
the older people,
they were not afraid, they just talked,
waiting for the wind and the first raindrops,
before heading home to shelter.

When the first raindrops hit the tin roof,
like the first wave of students
rushing from school gates,
fleeing to meet the roofs and road,
and then the floodgates opened,
as the peals of joy turned to a steady yell,
like the drumbeats of a thousand drummers,
beating snare drums with wire brushes,
the rain rushed, swish, swishing,
through the corrugated channels and,
pitter, pattered as it hit the ground,
and the sound rushed, as little rivulets formed,
into small brooks, warbling past rocks,
that we had played with, just ten minutes ago,
the rolling thunder added its percussion,
pealed and echoed, with the chorus of the rain song,
as the thousand rainsticks sounded as one.

And then, suddenly there was silence,
the warbling continued, though the rain’s ceased,
and a turquoise sky looked past limping clouds,
the sun lay hidden behind some cloud,
Its diffused light filled the valley,
and set aglow the whitewashed houses,
which sparkled in a strange white glow,
and the leaves glistened like green gold,
while tin roofs shone like burnished copper,
from the mango grove a distant cuckoo called,
another replied, as peacocks scratched the dirt for worms.

There is a breeze and a coolness that blows,
filling my soul with joy,
for that rain song, still runs in my veins,
and from those sights and sounds,
a happiness fills my soul,
that is with me since then,
and will be with you from now.