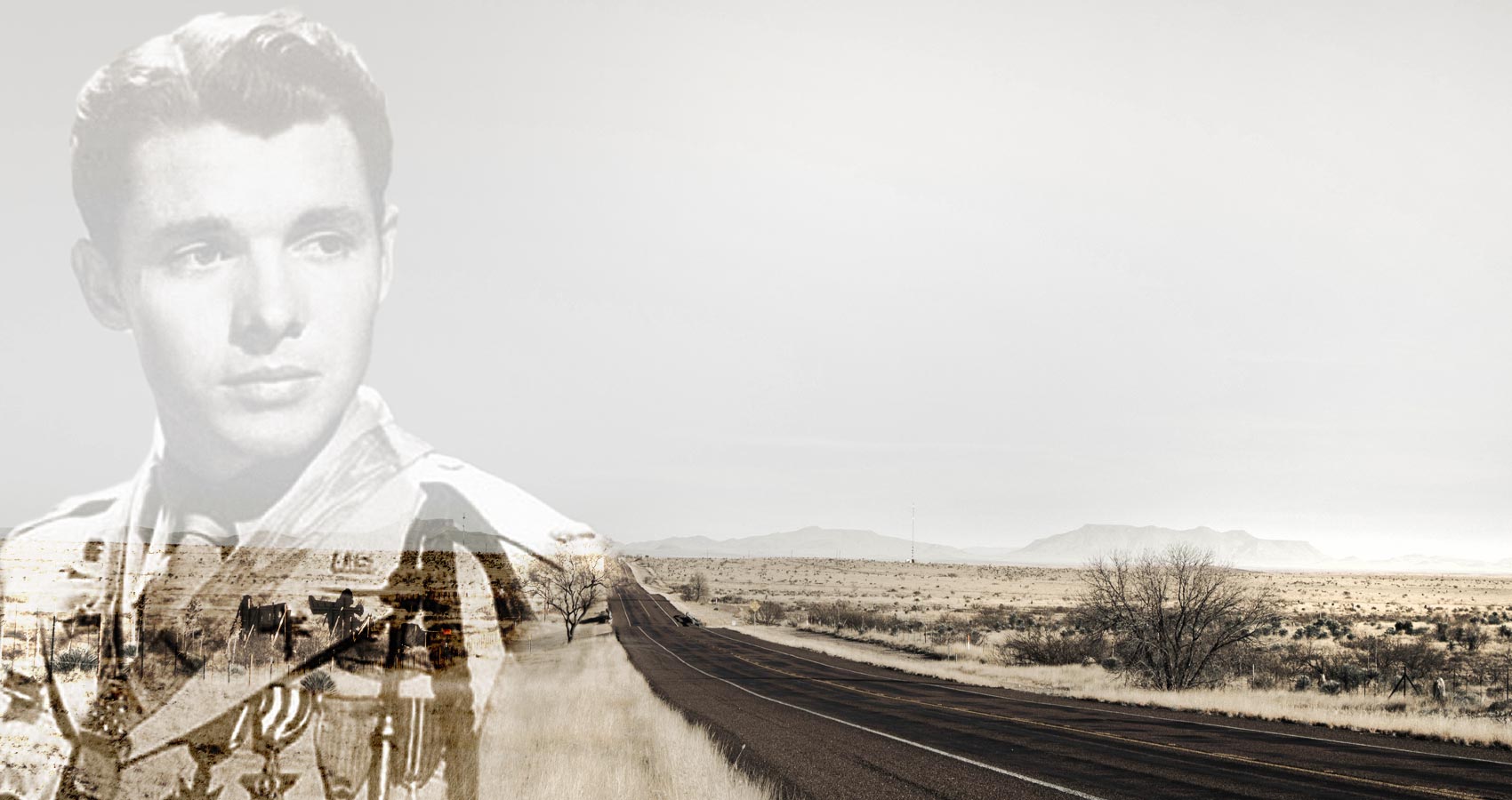 Paxton yawned and stretched his eyelids wide, to shake off the exhaustion from driving all day into night. He blinked several times and reached for the radio to turn up country station which faded out, only to be replaced by another station playing the same tunes. Seemed like hours since he’d seen another car on this stretch of Texas highway.

He figured he’d be in Mexico by afternoon if he only stopped for gas and to pee. The thermos pinched between his thighs held the dregs of cold coffee. He steered with one hand while using the other to unscrew the lid. He lifted the thermos to his mouth, taking in the last ounce before returning the top.

Paxton returned his attention to the hypnotic asphalt ribbon, but his mind wandered to why he was leaving. Patting his breast pocket assured him the reason was still there, his Draft notice.

At twenty-two, he thought he’d beat the Lottery, but when a letter came, he decided to leave. Go to Canada was the common advice, but Paxton decided on someplace warmer, leaving Kansas City that morning, knowing he’d lose his nerve if he stopped to think.

Paxton gasped and opened his eyes, his forehead throbbed. “Wha-what?”

“Don’t try to sit up just yet. You’ve gotta nasty cut on your head.”

Paxton focused on the fresh-faced teen kneeling beside him, one hand on his shoulder, the other holding an old scatter gun. “What’s that?”

“Don’t get excited, sit up too quick and you might throw-up.” The boy set his shotgun down next a dead bird. “Don’t go thinkin’ I shot you. I was huntin’, and I found you propped up against this ol’ tree.

“C’mon, if’n you think you can stand I’ll take you to my sister. She’ll patch you up. What’s your name? My friends call me Murph.”

“Paxton.” Murph lifted Paxton from under his arm. “You’re a lot stronger than you look, Murph.”

He picked up his gun and prey. “C’mon, lean on me, we’re almost to the house.”

“Hey, Sis, I need you.” Murph pulled open the tattered screen door to the tar paper shack. “You sit here, Mister, while I get her.” He walked, gun and bird still in-hand, to the back of the house but returned alone. “Gee, I don’t know where she is?”

Before long, the door opened admitting a couple of racing kids. “Knock it off,” Murph chided, “No runnin’ in the house, remember!” Murph set his gun on a rack and handed the bird to one of them. “Here, take this outback and pluck it.”

“Audie, don’t raise your voice like that.” Last through the door was a young woman, not much older than Murph. “Ma also said, ‘we may be poor, but we don’t have to be uncouth.’ Oh, I’m sorry, I didn’t know we had a guest.”

“This is Mr. Paxton, Sis. He’s hurt and I was wonderin’ if you could help.”

“Miss…” Paxton rose but fell back into the chair. “I’m sorry.”

“Don’t be sorry, Mr. Paxton. Let me look. Oh, yes, that is a nasty cut.” She turned to Murph. “Get a basin of water and a clean towel.” She lifted Paxton’s chin and turned his head left and right. “Does it hurt when I do this?”

“Good, then the damage might be just to the front.” She dabbed the wound, removing crusted blood. “Oh, Audie, I got the mail, there’s a letter from the government.”

Murph bolted towards the envelope she had in her apron pocket. He silently read it, then again out loud. This is to inform you that you have been accepted into the United States Army… “Yippee, Sis, we did it!”

The woman turned her attention to her brother, “Oh, Audie, Ma would be so proud.”

Paxton furrowed his eyebrows. “The army, geez kid, you can’t be more than fifteen or sixteen?”

“Hey, I’m eighteen, or at least that’s what my birth certificate says.” He winked at his sister who laughed while cleaning Paxton’s wound.

“But why’d you want to join the army?”

“Because it’s the right thing to do. Our country’s been attacked and I need the money for the family.”

Paxton closed his eyes. “Attacked? What day is this?”

Paxton’s mouth opened, then he pointed at the teen as he tried to stand. “She called you, ‘Audie’.”

Paxton never answered, as he fainted dead away.

“Well, hello there. Wonderin’ if you were gonna wake up.” The voice was soft and southern.

Paxton’s eyes did their best to focus on the nurse taking his pulse. “Where am I?”

“Easy, Mr. Paxton, you’re in hospital. You took a good bump when your car went into the ditch.”

Paxton’s eyes rolled across the ceiling. “Where’s the boy who found me?”

The nurse added his vitals to a chart and then flipped to the back. “Says here sheriff’s patrol found you. There’s no mention of a boy.”

“But there was one, his name was Audie Murphy.”

The nurse stifled her chuckle with her hand. “Audie Murphy, my you must’ve had some dream.”

“Mr. Paxton, Audie Murphy is dead, you couldn’t have been talkin’ to him.”

“I don’t understand, what day is this?”

“Uh, yeah, I knew that.” Paxton sighed. “Nurse, will I be all right, I mean, when can I leave. I have to get back to Missouri to report for duty.”